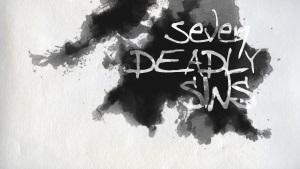 When I was in college, I was addicted to the Nintendo 64 game GoldenEye 007.

My housemates and I would sit for hours with our eyes glued to the screen and hands glued to the controllers. I played so often I would see the game whenever I closed my eyes, whether that was to sleep or to pray. My roommates and I rarely talked. We rarely ate. We never cleaned. We just killed one another, over and over and over.

It was awesome—to a point.

One of my roommates, Tim, realized something was wrong when I hadn’t been to my bedroom for a week (I would just fall asleep on the couch every night with the controller in my hand). Some of us were skipping class. And though we’d decided to become roommates so we could do creative things together—write and play music and dream big dreams—we hadn’t touched our guitars for a month, and the only dreams we were dreaming involved James Bond shooting Oddjob with a bazooka.

One day when I had actually gotten myself to class (a big accomplishment!), I came home to discover that Tim had taped a piece of paper with a Bible verse on it over the TV screen. The verse was Ecclesiastes 10:18, and I don’t know if it changed everything for me, but it came close.

“Because of laziness, the roof sags;
Because of idle hands, the house leaks.”

The Many Names of Sloth

Even today, there are few sins I am more susceptible to than sloth. However, I rarely call it by that name. Instead, in my times of personal reflection and confession, I use these words (you’ll recognize some from the Scripture above):

There are reasons why this sin is referred to as deadly. While it can affect our bodies (trust me I know), it can be even deadlier to our souls. Here are a few of the consequences I’ve experienced when I’ve given in to sloth.

Consequence #1: Other vices gain a foothold.

Ever heard the saying “Idle hands are the devil’s playground”? While those exact words aren’t in Scripture, the sentiment is very biblical. When we are being lazy and not doing what we should be doing, we find other things to do. And those things usually aren’t good. Stuff like lust and gluttony (in the form of overeating for me) creeps in, and even things like anger, bitterness, and envy.

Sloth, like no other sin, gives other depravities room to play.

For years I’ve been trying to write a book. An unfinished manuscript is in my bottom desk drawer, and a dozen (good!) ideas are bouncing around in my head. I believe God has given me the gifts to write a book, and that writing is part of my calling.

But I don’t write a fraction of what I wish I would. Part of that is my busy life. Another part is succumbing to distraction, procrastination, and laziness. When I allow my sloth to keep me from writing, the result is not just that a book doesn’t get written. It’s also that a part of what Jesus is calling me to do is being ignored. That makes me (and him) very sad.

Consequence #3: I’m lying to myself about what brings me joy.

Sloth is unbelievably tricky in its attractiveness.

Lying around all day watching all six Star Wars movies sounds like it will bring me happiness, but in actuality that’s a slothful way to spend a day, and I end up super depressed. Putting off the paper I need to write in exchange for an hour on Facebook seems like a more fun option, but really that’s a slothful way to spend that hour, and I end up feeling worried, envious of others, and perpetually behind.

Sloth beckons you in, and then it spits you out. Real joy, I’ve found, comes when I am diligent, attentive, purposeful, and willing to step into hard things, even though it will take a lot of work.

Sloth is deadly to our souls. I would urge you (and me) to switch off our distracting screen of choice when the work needs to get done. Choose to spend time by yourself when prayer needs to happen. Choose not to put off the hard work when people need you. Don’t let your roof, or your life, sag. Don’t let your house, or your life, leak.

“Whatever you do, work at it with all you heart, as working for the Lord” (Colossians 3:23a).

Evagrius, a fourth-century monk, created a list of eight common sins to help people be aware of them and guard against them. Pope Gregory I reduced the list to seven in the sixth century, providing us with what we now commonly refer to as the seven deadly sins: sloth, anger, envy, pride, lust, gluttony, and avarice/greed (Michael Mangis, Signature Sins). Today starts our series on these seven sins, explaining what they are, how they affect our relationship with God and others, and how we can move past them.

Steven Grahmann is the Area Director for InterVarsity Christian Fellowship in Arizona and has been on staff for 13 years. He lives in Flagstaff with his wife, Jessica, and two boys.

Good post. I would buy your book. In a second.