The Story Isn’t About You | InterVarsity
Skip to main content

The Story Isn’t About You 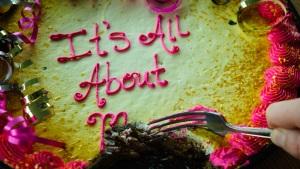 I love being the center of attention. However, when I think my life is about me, I limit my ability to see the life God has called me to and I stop myself from having the courage to follow him on an amazing adventure.

You Were Meant for More

A few months into my first year as a Greek InterVarsity staff member at the University of Georgia (UGA), I could not see how God was going to use me. What did I know? What could I offer the campus? My roommate came home to find me in a puddle of tears. Sobbing on the floor, I cried, “I cannot do this. God made a mistake.”

Our fear can cause us to doubt we are the people God called. I asked God often, “Did you get confused? Did you mean to send someone else? Someone older? Someone with more experience? Maybe a man? Are you sure you meant me?” Focusing on myself left little room to see God’s glory and the truth that this story was not about me.

The Israelites also experienced this doubt. Numbers 13:1-2 says, “The LORD said to Moses, ‘Send some men to explore the land of Canaan, which I am giving to the Israelites. From each ancestral tribe send one of its leaders.’” Moses gathered the tribes of Israel and they selected 12 men to explore the land of Canaan. After exploring for 40 days, they returned and gave this account: “‘We went into the land to which you sent us, and it does flow with milk and honey! Here is its fruit. But the people who live there are powerful, and the cities are fortified and very large. We even saw descendants of Anak there. The Amalekites live in the Negev; the Hittites, Jebusites and Amorites live in the hill country; and the Canaanites live near the sea and along the Jordan.’ Then Caleb silenced the people before Moses and said, ‘We should go up and take possession of the land, for we can certainly do it.’ But the men who had gone up with him said, ‘We can’t attack those people; they are stronger than we are.’ And they spread among the Israelites a bad report about the land they had explored. They said, ‘The land we explored devours those living in it. All the people we saw there are of great size. We saw the Nephilim there (the descendants of Anak come from the Nephilim). We seemed like grasshoppers in our own eyes, and we looked the same to them’” (Numbers 13:27-33). The Israelites were willing to give up on the Promised Land to continue living in the wilderness because they were scared.

God’s call on our life can elicit fear. We doubt God can use us and come up with a laundry list of reasons why we aren’t the person God meant to call. We doubt ourselves, because we don’t have the courage to believe the story is about God.

The Story Is About God

We are part of a bigger story. When we see God as the hero of the story, our talents and shortcomings are irrelevant because God is the worker. He can do immeasurable things, and we are called to come alongside him.

Two of the Israelite spies understood their role in God’s story: “Joshua son of Nun and Caleb son of Jephunneh, who were among those who had explored the land, tore their clothes and said to the entire Israelite assembly, ‘The land we passed through and explored is exceedingly good. If the LORD is pleased with us, he will lead us into that land, a land flowing with milk and honey, and will give it to us’” (Numbers 14:6-8). Joshua and Caleb started from the premise that this was God’s story and success was not going to come from their own talents, but because this was the land that the Lord had given them.

Joshua and Caleb could trust God, because they knew he was the hero of the story. They remembered how he had already brought them out of Egypt, which allowed them to trust God to give them the Promised Land.

Mary, the mother of Jesus, also modeled this kind of remembering that leads to trust and worship. After hearing that she was going to be an unmarried pregnant woman, she chose to remember God’s grace. She sang:

My soul magnifies the Lord,
and my spirit rejoices in God my Savior,
for he has been mindful
of the humble state of his servant.
From now on all generations will call me blessed,
for the Mighty One has done great things for me—
holy is his name.

Mary’s willingness to see God’s provision, even though she likely felt completely inadequate for the task she’d been given, shows her understanding of the truth that she was part of God’s story. Singing praises to God, she remembered all he had done. Her memory gave her the strength to trust God even in her unexpected situation.

The practice of remembering has helped remind me that the story is not about me when I’m feeling overwhelmed or having trouble trusting him. As I was sobbing on the floor during that first year on staff at UGA, my roommate said, “What about Trey?”

Trey, a freshman fraternity man, responded to Greek IV’s vision with, “Yes! This is the reason I wanted to rush a fraternity. I want to be a light in my chapter.” Throughout the first semester, I met with Trey, encouraging him to bring God’s kingdom to his fraternity. God had already done the work. When I stopped focusing on myself, I saw that this was God’s story. God was going to reach UGA’s Greek System. He was letting me play a part, but this was his story.

Every time I forget the story is about God, I look back at my life and remember all that God has done. This helps me remember my place—I am a supporting character.

The story is not about you and your talents or inadequacies—and that is a good thing. Because the main character is worth following, and worthy of all of our trust.

Misreading Scripture with Western Eyes
Brandon O'Brien and Randy Richards shed light on the ways that Western readers often misunderstand the cultural dynamics of the Bible.