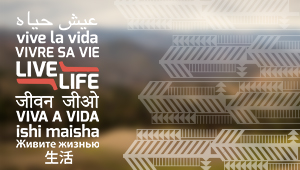 I met Ms. Merdise in the kitchen of her church, which is not surprising. Many people have met her there.

She’s a “church mother”—one of those women who is particularly vital in the life of the congregation. As a passionate follower of Jesus, she serves with energy, excellence, and dependence on God, whether she’s cooking a meal for hundreds, caring for her extended family, mentoring women, or helping out during a worship service. I am thankful to know her.

Ms. Merdise grew up in a small southern town as a Black woman under Jim Crow laws. When she arrived in Chicago at 18, she hated White folks because they got the best schools, the best seats on the bus—really, the best of everything. And she hated them for the way they belittled her father, calling him “Boy.”

In Chicago, she found that she could sit anywhere on the bus, use any restroom, and shop where she wanted. But at job interview after job interview she heard, “Sorry. The position is not available,” even though it had been over the phone. Yes, Jim Crow was not the official law in the North, but prejudice was still alive and well in Chicago.

God began speaking to Ms. Merdise about forgiving White folks, though, and the Holy Spirit began healing her hurt, anger, and pain. She remembered the love of God that her father had modeled even as he was belittled. And God gave her a vision for a diverse church where Blacks, Whites, Latinos, and people of every other ethnicity would together raise sweet praise to God. God’s desire was that Ms. Merdise would have a “life full of life,” even in her relationships with Whites.

For over ten years now, Ms. Merdise has told her story of pain and of the Lord setting her free to InterVarsity students as part of our Chicago Urban Program (CUP). Hundreds of thankful White students through the years have had this amazing woman of God declare to them, “I don’t hate you. I love you.”

My background is very different from Ms. Merdise’s—upper middle class, suburban, a part of the White majority culture. But I’ve tried to grow in my understanding of cross-cultural relationships and in combatting racism and prejudice. This growth has happened on several fronts. In college, a Black friend shared about the painful prejudice she had experienced, opening to me a world I did not know. Then God called me to serve with InterVarsity at Loyola University in Chicago, where he broadened my world to include Filipina student leaders, a historically Japanese American church, and all the broken and beautiful diversity that is Chicago.

When I became a leader with InterVarsity, my team included an artist and a young Black staff worker. Over time, little messes due to cross-cultural differences grew into larger issues, and our previous hurts and current misunderstandings combined to create a train wreck. Several levels of supervisors became involved, and some form of calm was achieved. But I was wounded and afraid to engage again, caught in my own guilt and pain.

God kept speaking to me, though. I was asked to consider working for InterVarsity’s growing Chicago Urban Program doing logistics and administration. Although my experience as a team leader had been immensely hard, I wanted to continue living into the diverse kingdom of God. So I took the job—and have wrestled and continued to learn since then as I work cross-culturally in the different facets of my role. By speaking to my hurt and fear and by giving me new relationships, the Lord has been healing my own pain from cross-cultural relationships.

Gratitude, the Gift of Friendship, and God’s Good News at Work

My relationship with Ms. Merdise came with the job in a way, since she was already part of CUP’s weekend program team—serving in the kitchen, playing a key role in a simulation, and sharing her story with students. As we came to know one

another better and better, we realized that we share many things: a love for discipleship, a calling to serve others, a willingness to get things done, a value of hard work, and a commitment to excellence in serving. These shared traits have facilitated trust between us, and we seek to honor and value one another in our work together. A coworker said that our ease and comfort with each other is a sign of God’s good news at work in our broken world.

I am thankful that the Lord’s work, both in Ms. Merdise and in me, means our lives are full of true life. I mean to tell her so when we serve together again in this year’s spring break program.

Live Life is a campaign, run in partnership with World Vision and International Fellowship of Evangelical Students, to bring college students and young adults around the world together to explore the meaning of “life in all its fullness” during the Easter/Lenten season. The campaign features six weekly challenges, stories of students making a difference from countries around the world, and a global sharing platform where each person can share how they are uniquely participating. The InterVarsity blog is participating by featuring corresponding posts each Sunday written by InterVarsity's Urban Projects directors.

To join others from more than 80 countries around the world and engage in thanking God for someone in your life, go to worldvisionyouth.org.

Beth Hedges works with InterVarsity’s Chicago Urban Program (CUP). She lives in the Rogers Park neighborhood on Chicago’s north side, where she enjoys her roommate’s soul-food cooking, local live theater, and, on a cold day, hot tea, chocolate, and a good sci-fi/fantasy book. Right now, she is striving to be thankful in the midst of the four weeks of March madness that is the CUP.

Gratitude Is More Than a Feeling