Through My Lens—American Christian Syncretism | InterVarsity
Skip to main content

Through My Lens—American Christian Syncretism 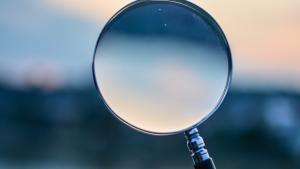 A friend brought her three-year-old daughter into Starbucks for the first time. “Mommy,” she asked, “are we at church?”

We love adapting the Christian faith to our culture, like designing our churches to imitate cultural icons around us. Since Christianity cannot exist in a cultural vacuum, it must be expressed in languages, customs, art, and social relationships. Contextualization is about expressing the gospel through the stories and symbols familiar to the people in that culture. The heart of the gospel remains the same even if the outside is dressed up in the clothing of thousands of cultures.

With syncretism, however, the heart of the gospel is gutted by certain cultural expressions. The good news becomes obscured, bent into the shape of beliefs that aren’t consistent with Jesus and his kingdom. In the second century, Christian beliefs fused with ancient Near Eastern philosophies to form Gnosticism. And in the nineteenth century, Cuban Spiritism and Yoruba religious practices mixed with Christianity to establish Santería.

In response to syncretism, missionaries have, at times, insisted that people leave their culture behind to enter the Christian faith. “Kill the Indian, save the man” was a form of cultural genocide endorsed by some Native residential schools run by missionaries. Instead of trying to contextualize the gospel, missionaries insisted others embrace a gospel dressed up in White American culture.

All this begs the question: how do we allow the good news about Jesus to take on the beauty and diversity of other cultures without infusing beliefs that are contrary to the gospel?

Before doing that for others, we must undertake a holy, humble self-examination of American Christian syncretism.* Where has the message of Jesus become so tangled up with the beliefs embedded in our culture that it has become indistinguishable as the gospel?

A culture of conspicuous consumption, an obsession with luxury and comfort, and the quest for riches has been normalized in America. Meanwhile we remain theologically malnourished regarding the Bible’s teachings on suffering or contentment with material simplicity or the call to free ourselves from the love of money. How often have spiritual leaders decried sexual sin while remaining conveniently silent on storing up treasures on earth? It’s interesting to note that Jesus warned his disciples about the dangers of materialism far more than the dangers of sexual immorality. Nonetheless, I would guess you and I are more likely to find magazines like Fortune or Money in our church fellowship halls than porn.

Regarding our fixation with the material world, Western Christianity has nearly discarded the unseen world, pressing the faith into the shape of intellectualism and scientific theory. That’s not to say that God’s creation cannot be seen, measured, and understood from a material/scientific standpoint. It is simply to say that some in the West have written off dreams, visions, and unseen realities as mindless superstition. Perhaps it’s time Western Christians sit at the feet of Indigenous and non-Western followers of Jesus and relearn the significance of the unseen spiritual realm. Might our own faith become more robust if we observed the created order both with our physical senses and our spiritual ones (see Ps 19:1–6 or Eph 6:12)?

The Bible uses the plural “you” 4,600 times, which is rendered as singular since English does not have a plural “you” (except for Southerners, as in “y’all”). So when we read Jeremiah 29:11, “‘For I know the plans I have for you,’ declares the LORD, ‘plans to prosper you and not to harm you, plans to give you hope and a future,’” we tend to read it as a personal promise. However, the verse is speaking to a community not an individual. Communal prosperity, a communal future, and communal hope—those things look different than promises to an individual. Christian experiences such as lament, Sabbath, calling, mission, and even conversion at times were communal experiences not individual ones. Certainly, our faith has personal and intimate aspects, like solitude and silence. But we have contorted many of our faith practices and experiences to fit an individualistic cultural form and lost something of the essence of our faith’s communal orientation.

Finally, in some corners of American Christianity, the belief in Manifest Destiny or American exceptionalism, along with practices like placing an American flag on church altars, begins to fuse a secular state with the Christian faith (see 1 Pet 2:9 or Phil 3:20). Some see Constantine’s merger of Christianity with the Roman Empire as the sort of syncretism Americans are indulging in today. How do we avoid serving two masters, walk out the command to love our enemies, or proclaim, “Jesus is Lord,” (a political statement in the second century that got Christians in trouble for putting Jesus in place of Caesar) while pledging allegiance to a political state? Some long-standing Christian movements, such as the Anabaptists, don’t believe it is possible for Christians to serve in the military or say the Pledge of Allegiance. And as many martyrdoms have occurred at the hands of state authorities as religious leaders. When does seeking first God’s kingdom and its justice put us in conflict with seeking the interest of our nations? It is a question worth asking in an American Empire with so much in common with the Roman Empire of the early church in which God called the Church to “come out of her, my people” (Rev 18:4).

Let us remove the log of materialism, individualism, and nationalism from the American Christian eye before trying to remove the speck of syncretism in the eye of others, creating safe places to ask hard questions about how we have obscured the gospel with American culture. Only then will we be able to truly contextualize a gospel that does not easily fit cultures of consumption, hyper-individualism, and nationalism.

*By “American Christian,” I am particularly referencing White, Protestant Evangelicalism, though traces of these syncretistic values influence the experience and beliefs of American Christianity in all ethnicities and denominations.

Scott is the Director of Global Engagement and Justice for InterVarsity as well as a prolific author, editor, and blogger at overturningtables.com.

This article caught my eye- I

This article caught my eye- I love it! I found that a lot of American culture has diluted my faith, so much so I suffered and turned to anything but God. Social media, modern day idols, anything that didn’t fulfill my balance in the life I’ve been given. I’m finally now recognizing my faith again and I feel so appreciative of the thoughtful and insightful help that articles like these have. I have a modern day Bible, however having these online make the world’s difference. Thank you, God Bless you.

My everyday life carries the thumbprints of the generational traumas, sins, and blessings of our collective stories. The lessons I’ve learned from the matriarchs of my family and our immigration stories shape how I engage with Scripture and the gospel. And as a multicultural, multiethnic, and multiracial woman, I know that stepping into Oklahoma means bringing my family’s stories and lives with me.

As I reflect on what contextualization means in today’s world, I believe it is more about who you are rather than the specific things you do.

I often think about the gospel and how it was presented to me. It was in the country roads of southern Arkansas, where my grandmother sang in the choir of a Black church. It was the hands raised, the strength of the Black women, and the rapping of the pastor that excited my soul. It always struck me that pain, joy, and hope could coexist.

Through contextualization, we can restore the beauty and value of our shared experiences and culture and reorient ourselves to see how our cultural identity relates to our faith in Jesus. Contextualization is more than being able to identify areas that aren’t working well; it’s reengineering structures and systems to cultivate a space and message that are relevant to the people in the room.