The Truth About Our Stuff | InterVarsity
Skip to main content

The Truth About Our Stuff 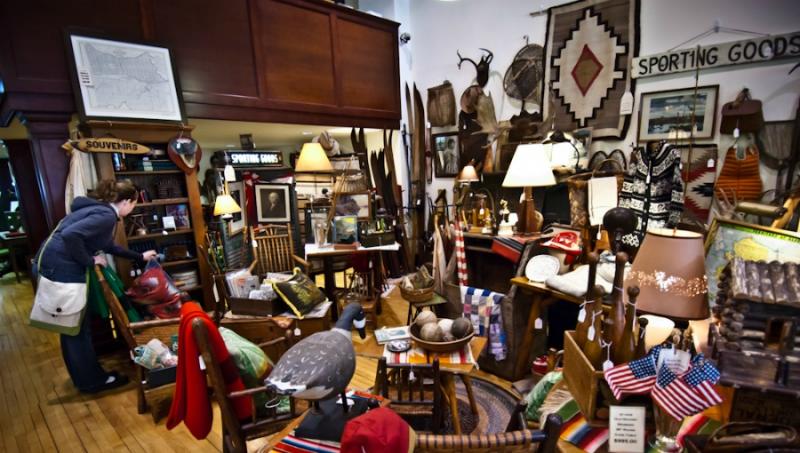 Stuff. It’s everywhere. And we love it.

Consumerism! The Musical is a hilarious critique of the culture we live in.  In this musical, consumerism is the air we breathe, the song we sing, the dance we dance. We can’t just drink coffee anymore, we demand to have our ‘grande venti soy verde lattes with extra whip cream with a shot of caramel,’ gosh darn it!

In the midst of our new gadgets and toys, our Starbucks-runs, and credit card-provided heavens, is there anything stopping us to consider, where consumerism is leading us?

Movies like Happy Feet or Wall-E predict futures of a damaged earth’s environment. Popular reality TV shows, like Clean House or Hoarders: Buried Alive brings aid to families whose love for stuff has damaged their interpersonal relationships as well as their own physical and emotional well-being.

Our love for stuff may not seem like that big of a deal. But it is. It’s a bigger deal than most of us would like to think.

A couple years ago, an InterVarsity staff worker showed me the video “The Story about Stuff,” while on a week-long InterVarsity mission trip – the Sacramento Urban Plunge. Within the first five minutes of the video, I was shocked.

I was shocked by how much I didn’t know about our stuff.

This video tackled issues from where and how our stuff is produced to the consequences our stuff has on the world on many levels to advertisers’ motivations for maintaining our need for stuff.

Last year in the United States, $309 billion dollars was spent on advertising alone.

$309 billion dollars. That’s enough to run a country. But instead, $309 billion was spent convincing me that I should need or want stuff.

It is undeniable that consumerism is an influential driving force in our society and has even shaped some of our cultural values.

But what are we as Christians to do? With the one life that we are given to serve Jesus on earth, what should be our response to the consumerism in our culture?

I think Jesus asks us today, as he did in Luke, to consider living as citizens of God’s kingdom, which means choosing to live under God’s values rather than our culture’s values:

Little flock, do not be afraid. Your Father has been pleased to give you the kingdom.  Sell what you own. Give to those who are poor. Provide purses for yourselves that will not wear out. Put away riches in heaven that will not be used up. There, no thief can come near it. There, no moth can destroy it.  Your heart will be where your riches are.  - Luke 12:32-34

In this day and age of economic uncertainty, would God ask us Christians to consider giving up our things, our time, and our resources?

There is no waiting period when it comes to living under God’s values. The time is now.

Amy Hauptman is an InterVarsity Campus Leader at Truckee Meadows Community College in Reno, NV, and a part-time Campus Staff Member at the University of Nevada, Reno. She graduated from UC Davis in 2006 with a BA in Comparative Literature. She has a heart for the ‘towns’ and ‘villages’ of college ministry (the junior and community colleges). She would also say that the three driving forces in her life, besides her love for coffee, are to see, learn and enjoy as much as possible.

thanks, Amy, for the provacative blog entry

I've been impressed by how much it can really help us to step outside our home cultures to see something of the shape of how "the air we breathe" affects us. Thanks for the reminder and resources!

Thanks Amy! Keep up the good work!