The Two Most Important Questions an Evangelist Can Ask 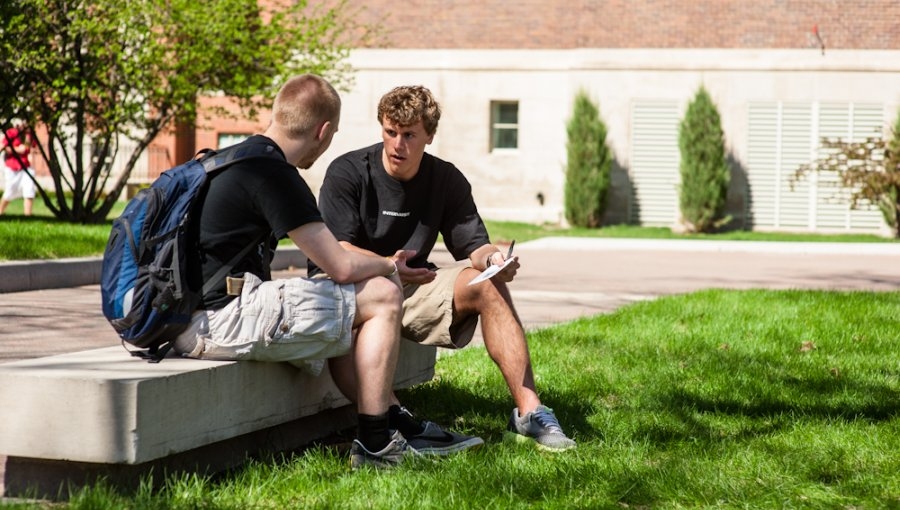 I have reservations about the accuracy of this title (the most important question of all is “Who is Jesus?” but I believe that ultimately he asks it, even if he uses our mouths), but I’m pressing on. Assuming that Jesus asks people who they think he is, the two most important questions we can ask in conversation are “What do you mean?” and “How do you know?”

These two simple questions will deliver you from having to know everything about apologetics just to have a conversation with non-Christians. They will help you to frame the context of your conversation so that you can steer it in a productive direction. They will do the heavy lifting for you. They’re the foundation for almost every spiritual conversation I have.

This accomplishes so many different things as I dive into spiritual conversation. It makes my friend feel cared for because I’m seeking clarity rather than just refuting whatever she has previously said. It also prevents me from responding to a claim that was never made in the first place. Most importantly, it forces my friend to make an assertion. This matters because the person who makes the assertion is the one who must argue for it (see the second question).

For example, if my friend asks: “Don’t you think it’s a bit arrogant to say Jesus is the only way to God?”

I could launch into a defense of Jesus’ divinity, but instead I’d rather have them make the defense. So I ask my question (“What do you mean?”) and get something like this:

“There are many roads to God.”

All of a sudden, her accusative question transforms into a statement of belief. Now instead of me defending “Jesus is Lord,” my friend will be defending “Many roads lead to God.” It isn’t that I don’t think Jesus is Lord or that I have no good reasons for my belief, but rather this belief will be more attractive once I address the false one in its place. In other words, my friend won’t consider “Jesus is the only way” until she has reason to doubt “All roads lead to God.”

“How do you know” is an oft overlooked question that can serve on a number of levels. When I first began studying apologetics, my response to objection or untruth was to disagree and then give reasons. In our running example (the claim that all roads lead to God), I might have said, “I disagree. I think there are good reasons to believe Jesus’ claim of divinity—and that would mean his claim about being the only way is true.”

There is nothing wrong with this approach, except that it never works. Entering into a theological debate does not appeal to most people (especially if you initiated the conversation). However, chatting about spiritual things interests almost everyone. Their interest intensifies if they get to share their opinions of spiritual things. However, Christians frequently let people off the hook in these types of conversations by allowing them to make bald assertions that are not supported by evidence (Jesus’ divinity wasn’t established until the 4th century, evolution disproves God, the Bible is racist/homophobic/misogynistic, e.g.) Enter question #2.

It’s worth pointing out that “How do you know” is the gist of the question, not the question itself. Just asking “How do you know?” can sound combative. Cross your arms, close your eyes, and you can almost see your second grade self on the playground after a friend has made some outrageous claim. I usually phrase it by asking, “What makes you say that?” This is still a request for reasons, but it comes across as more palatable. My friend has now been asked politely to convince me that her claim makes sense and is more believable than an alternative explanation. Instead of disagreeing and going into defense mode, I’ve basically said, “Oh, interesting. Tell me more!”

At this point, your friend’s response can range from sophisticated to silly, depending on how much thought he has allocated to the topic and how reasonable his sources are. Your job is to listen closely, pay attention, and ask yourself if his reasons are good ones. Sometimes asking for reasons takes you the whole way; a person hasn’t thought about it much and realizes he has no reasons for his belief. More often, you need to make some sort of response that challenges the truth or logic of your friend’s reasoning. (Remember: If Jesus is Lord, then exposing false beliefs as such is the most loving thing you can do for your friend, even though it can be slightly painful in real time.)

How should you respond? My favorite way, the way we often see Jesus operating and the way that will keep your friend “at the table,” is to keep asking questions. Tune in next week at whatdoisaytothat.org to learn about what types of questions and how to ask them.

Steve Wimmer lives in Orlando with his wife and daughter and works as a Campus Staff Member at the University of Central Florida. He graduated from Biola with an M.A. in Christian Apologetics in May 2010 and has since only cried once when confronted by angry atheists on campus. This post originally appeared on his blog, whatdoisaytothat.org.

So what if it's true, what

So what if it's true, what does that change?

These are great questions,

These are great questions, Steve. But, in order to make good use of them, many of us will have to become better listeners. I sometimes find myself so focused on the next thing I'm going to say, that I'm not really paying attention to the person I'm talking to. Any advice on that?

Wow, this is really

Wow, this is really interesting. I hope that there will be a lot of people who can learn from here. These are two great questions and it is often difficult to talk to people about this because we fear running them off and failing. <dl id="ie6nomore-wrapper" class="multiselect"> <dd class="form-item"> <ul><li>&nbsp;</li></ul> When people are on a <a href="http://www.casino-tips-and-tricks.com/tips/break-losing-streak.html">losing streak</a> and want to talk to others about God and Jesus, they tend to ask the wrong questions which end up having the opposite effect. </dd> </dl>

Good blog, thanks! How are

Good blog, thanks! How are ways you can respond if your friend makes a less-than-perfect assertion, but seems to be perfectly content about it? I recently had a conversation with a friend who made the claim that "all religions teach good." Like you mentioned, she was very interested in chatting about spirituality. However, she said faith is not a priority for her at this life stage, and she was complacent with her "all religions teach good." How do you respond when they are not open or do not care for the truth?

Listening in the spirit vs.

Listening in the spirit vs. in the flesh. Could you describe what you learned about how this affects evangelical conversations.