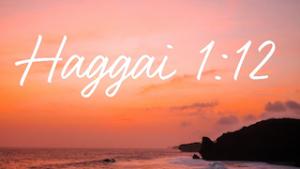 By now we all know the cornerstones of the Instagram Verse Canon: Philippians 4:13, John 3:16, Jeremiah 29:11, Psalm 23, Matthew 11:28, just to name a few. These verses wear their hope and positivity right on their sleeve. They’re inspirational, crystal clear, and look great on a picture of a sunset or waterfall. A shot of encouraging, uplifting energy for your daily social media fix.

This is a good thing! God’s Word is an inherently hopeful message. It’s filled with truths that speak reassurance, blessing, and inspiration to us when we need it the most—sometimes while scrolling social media during class or killing time with friends.

Yet as with all canons, the canon of Instagram Verses includes some bits of Scripture and excludes others. Left on the outside are verses that are equally hope-filled, soul-stirring, and heart-invigorating, yet just don’t “look” the part.

Hard to imagine this one on a stock photo of a mountain lake at twilight, right? It’s long and opaque. The names are difficult to pronounce. Where, then, is the spiritual richness? It’s in the phrase “obeyed the voice of the LORD”—and in the history of Israel’s relationship with the prophets.

Across all the various prophets and messages that God sent to his people over hundreds of years, one thing remained constant: they never listened. Isaiah, Jeremiah, Ezekiel, no response. Nahum, Hosea, Zephaniah, all ignored. Joel, Micah, Malachi, utter silence.

Just once in the Old Testament prophetic literature (from Isaiah to Malachi) did God’s people hear his word and say, “Yes, we will obey!”

This verse’s context keeps it from being a glib, blithe piece of inspiration-pablum. Three hundred years preceded this one piece of obedience, and hundreds more followed it. In that timeframe, Israel’s kingdom divided and collapsed. They were conquered, exiled, and returned to their home as an occupied people. The hopeful turn of Haggai is couched in a flinty-eyed realism about the waiting that God’s people endure—some of which we inflict upon ourselves.

Until the ultimate consummation of creation, life with God is simply going to feel like this: periods of waiting punctuated by sudden, seemingly random, breakthroughs. Israel lived it. Haggai preached in it.

In this we need to see that the shape of redemption is as much horizontal as it is vertical. We hunger for the times when the kingdom of God crashes down into our experience like lightning from a blank sky, restoring what’s lost or changing our circumstances. Yet we must be honest and say that redemption also often comes gradually, imperceptibly, as day spins into day through the hands of God the potter, in whose hands all things, all moments, are clay. Like generation after generation passing by in disobedience until one day . . . Haggai.

In whatever “300 years” looks like for us as we cry out for God to break through (for example, the loneliness or uncertainties about the future that students often face), our hope also comes from the horizon, toward us as if we could stand on the edges of the world where the sun rises and sets, receiving God’s faithfulness as we wait in time with its rhythm.

The shape of redemption is both horizontal and vertical. It integrates our experiences of long endurance and sudden ecstasy into one whole that keeps our hope muscles strong, resilient, and quick. Watch the sky, wait for the skyline.

I wonder if Haggai knew the history of the prophets who came before him. As he felt the Spirit of God come to him and give him words to speak, did he understand the tradition of futility he was joining? As he opened his mouth to deliver God’s message, did he feel the burden of those who tried, without success, to do what he was now doing?

And did either of them—Haggai or the people—have any hope that things could ever change?

We don’t know for sure. What we do know is that, on that day, something extraordinary happened. After centuries of generational rejection and prophetic futility, the heart of God broke through. The people heard God’s voice and reversed course. Zerubbabel the leader, Joshua the high priest, and the entire remnant. For once, a prophet reached his people. All of them.

Here lies this verse’s encouragement-filled, inspiration-rich Instagram-ableness: No matter how endless the wait or bleak the situations get, how oppressive the pain or despairing the heart, God’s purposes can break through. All of it.

It’s not trite, cliché, or shallow to acknowledge this truth when we see it in Scripture. It’s a reality, one that is there specifically to feed us with hope. Far from holding it at arm’s length, we’re allowed to embrace it in a bear hug and hold on, for dear life if necessary.

Life is not a vacuum of pain, defeat, and silence that we can barely endure as we wait for God’s return. The Lord truly can and does show up—here on earth, right now, as we ask in the Lord’s Prayer. Sometimes after years of seemingly fruitless toil that yields nothing but thistles, God’s purposes randomly break out. In love, God honors our endurance with a taste of his future kingdom and a glimpse of his present activity. The same 300-year yes that Haggai saw can and, at certain times, does come to us too.

Any moment can be a “Haggai moment.” God’s yes can interrupt the no’s that reign in and around us, watering our thirsty hearts and yearning world with flashes of his goodness.

So let’s put Haggai 1:12 in the Instagram Verse Canon and see what happens. People might love it, or they might ignore it. We’ll have to wait and see. Maybe its own “Haggai moment” is just on the horizon.

By Drew Larson
When Life Ghosts You

When part of our story ends abruptly, loss, grief, and confusion follow quickly after. Probably no one is feeling this more acutely right now than college students. What do you do when life ghosts you?

"God gives simple instructions, but they aren't always easy to live out."