What Does God Think of Failure? | InterVarsity
Skip to main content

What Does God Think of Failure? 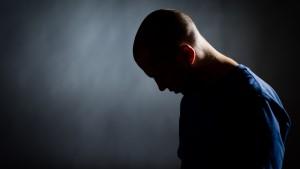 I remember sitting on a couch a couple years ago across from my spiritual director explaining why I felt like a failure. The ministry I had been leading for a few years wasn’t going well. I’d spent a lot of time hoping for breakthrough, praying for growth, setting and then chasing after goals, only to face decline and disappointment.

My spiritual director sat patiently and listened while I explained how I was feeling. Then he paused, smiled, looked at me, and gently said, “Well, I suppose the cross looked like a big failure too.”

On his way to victory, Jesus looked like a complete failure.

And Jesus is by no means the only “failure” venerated in the Scriptures. Just take a look at the Old Testament prophets. They were called to warn God’s people to turn back to God to avoid judgment, destruction, and exile. Yet prophet after prophet was ignored, ridiculed, and persecuted. And in the end, God carried Israel into exile.

It seems like the prophets were colossal failures. But their “failure” wasn’t the end of the story. God used the prophets in powerful ways to prepare his people for the coming of his Son, the Messiah, and to help women and men for thousands of years come to better know God’s character and purposes in the world.

And their stories reveal to us that there’s more than meets the eye when it comes to failure.

The Most Important Thing About Failure

Apparently, failure and disappointment come with the territory of Christian leadership and ministry. We set goals and we hope for great things. And then we have to deal with the fallout when we fail to reach our goals and when things fall short of what we hope for.

Failure is never the end of the story, though. The most important thing about failure is how we respond.

The pain can lead us into apathy. It’s too painful to care, so why bother hoping?

Or we can see failure as a reflection of ourselves and allow the voice of failure to tell us things like, “See? YOU, Matt, are a failure. You shouldn’t lead. You’re bad at this.”

But there is a better path.

In truth, failure is one of the best places to meet God. I still don’t like it—but nothing has made me a better leader, grown my character and faith, or taught me more about God than my experience of failure.

Taking Our Failure to Jesus

I imagine many of us are looking at the places we’ve experienced failure in our ministry this fall. We’re sitting with disappointment, hard questions, and pain.

In the midst of your failure, what is the invitation of Jesus to you?

Matt Meyer has been on staff with InterVarsity since 2006 and now works as an Area Director, serving campuses on the coast just north of Los Angeles.

By Lisa Liou
The Goodness of Failure in Racial Reconciliation

Have you ever attempted something that would certainly result in failure?

By Lisa Rieck
Disappointed with God