What Is Sexual Harassment, and How Can We Change the Culture? | InterVarsity
Skip to main content

What Is Sexual Harassment, and How Can We Change the Culture? 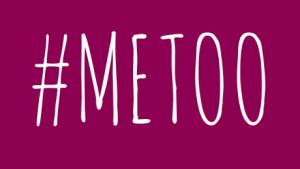 As the hashtag #MeToo floods our social media outlets to raise awareness for sexual harassment, we need to ask how we got to the point where almost every woman has experienced some type of it. How did our world become a place where so many women are treated with such little respect?

Too many men don’t seem to understand what sexual harassment actually is. A simple definition of it is someone giving unwanted sexual attention to a member of the opposite sex. Unwanted attention includes asking a person out repeatedly, even after they have told you no; cat-calling someone; showing a piece of your anatomy; or making sexually advancing comments. Any sexual attention given that is not wanted is a problem.

So men, here are a few points that need to be taken to heart to help us females fight back against the culture of sexual harassment we’re living in.

1. Women are not prizes to be won.

It’s easy to see that Harvey Weinstein’s actions were completely wrong and inappropriate in every way. But often in our culture, sexual harassment is perceived as trying to “win the girl”—an attitude portrayed in chick flicks. Women just need the (usually dorky) guy to be persistent. And, in the movies, the men always win the day when the woman realizes that she didn’t actually know what she wanted.

The persistence motif seems innocent. However, it can lead to harassment. When a man feels entitled to continue to press his sexual attention on a woman, it is harassment. It is not cute to be asked out a hundred times. It is not endearing to be smothered by affection. Unwanted attention—whether it’s inappropriate comments or a man exposing himself—is a way of saying that a woman can’t possibly know what she wants. It’s a man’s way of saying, “I know better than you.”

This lie isn’t just outside the church either. It is often snuggled in next to the pew. The more traditional image of gender includes a woman being whisked off her feet. And most of us do love caring, devoted, mutual attention. But we aren’t objects to be won. God made us independent of men. We do know what we want. So when unwanted attention is continually given—especially after we’ve made it clear it’s unwanted—it is harassment.

2. Empower women by respecting our “no.”

If a woman says no, it means no. Period. We need to believe women know their own mind and have the right to speak it. Regardless of what a man might think, a woman is entitled to her opinion.

It’s easy to see how a man exposing himself is inappropriate. However, any form of sexual harassment comes from the same idea: that no matter what the woman says, a man can force any type of sexual attention on her. You might think you are a perfect match for a female, but if the woman disagrees, stop asking her out.

Men, start empowering your sisters. Listen to us and believe us when we say what we do or don’t want.

3. When we aren’t around, speak up for us. When we are around, let us speak for ourselves.

Ungodly masculine behavior seems to get magnified when women aren’t around. Male pride seems to encourage a worldview that says women always want them. So when we aren’t there, speak up for us. Tell your friends we can speak for ourselves. Correct rude behavior and actions that don’t honor us as ones made in the image of God.

But don’t speak for us when we are there. Empowering us does not include speaking for us. If we are present and you speak over us, even when you are standing up for us, it creates a world where we lose our voice. And we become little women who seemingly need to be protected. Instead, say, “Ask her what she wants.” Or, “She said no; let’s listen to what she has to say.” Please don’t take away our independence by trying to fight for us.

4. Take your cue from Jesus.

Not every woman is meant to be your wife. In the great big body that is the Church, most—and maybe all, if you remain single—of the women are meant to be your friend, and nothing more. Jesus didn’t seek to date Mary and Martha. He was their friend. They walked with him and learned from him. He showed them deep respect that the culture usually didn’t extend to them. And Paul didn’t try to woo Lydia; they worked side by side. Most of the relationships we see in the Bible are ones of mutual friendship. It’s okay if you and I are friends. Harry (from When Harry Met Sally) was wrong. Women and men can be friends.

When you see us as friends and equals, we can create a culture that doesn’t allow for sexual harassment.

It’s easy to get lost in the details of the deplorable assaults committed by Weinstein. However, any unwanted sexual advance is assault. Let’s end a culture where almost every woman is assaulted by creating a world where men and women see each other as the equals they are, created in the image of God.

You might also find these resources from Greek InterVarsity helpful:

We Cannot Be Silent

Sexual assault on campus is too big of a problem to ignore.

Bringing Sex into Focus
In culture that exploits sex in everything from advertising to climbing the corporate ladder, it's easy to lose sight of the true purpose and place of sexuality. Philosopher and ethicist Caroline J.
Login