What in the World Is Eternal Life? | InterVarsity
Skip to main content

What in the World Is Eternal Life? 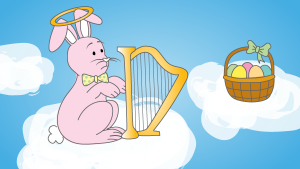 I used to know someone who hated the song “Amazing Grace.” The first few verses were fine enough, he said, but then he would get to the last stanza—the one about eternal life—and freeze.

When we’ve been there ten thousand years,
Bright shining as the sun,
We’ve no less days to sing God’s praise
Than when we’ve first begun.

Theologian Samuel Wells describes two opposing worldviews of “scarcity” and “abundance.” So often, the reality of the world is scarcity. There doesn’t seem to be enough time, food, water, money, housing, jobs. Everything, including life itself, comes to an end—sometimes tragically soon.

At the same time, the reality of the kingdom of God is abundance. The perspective of abundance sees that God gives sacrificially of himself, his Son, and his Spirit. And that is more than enough. As Wells says in God’s Companions: Reimagining Christian Ethics: “God has given his people everything they need to worship him, to be his friends, and to eat with him. . . . [H]e gives his people more than enough. He overwhelms them by the abundance of his gifts.”

Admittedly, we won’t always feel “overwhelmed by the abundance of God’s gifts.” Because his gifts don’t always look how we expect. We tend to operate with a short-sightedness that looks for immediacy and clarity, easily missing the reality of God’s abundance. But, our eternal God operates with an abiding presence for the present and an abundant hope for the future.

The Abundance of Easter

Shortly before he is delivered over to death, Jesus prays to the Father in John 17, saying in part: “Now this is eternal life: that they know you, the only true God, and Jesus Christ, whom you have sent” (v. 3). So eternal life, Jesus says, is defined by knowing God through Christ.

After Jesus is resurrected, he demonstrates this definition of eternal life to the downcast disciples by spending time with them, walking along the road to Emmaus, sitting at table with them, and breaking bread. These resurrection encounters teach the disciples that they still have, as Wells said, “everything they need to worship him, to be his friends, and to eat with him.” By spending time with his disciples, the resurrected Christ shows his disciples tangibly that, by following him, worship, friendship, and fellowship are not objects of scarcity. They’re not limited and not over.

Julia Powers is an InterVarsity alumna who studied English at The College of William and Mary in Williamsburg, VA.

By Steve Wimmer
How the Resurrection Reorders Reality

Ah, Easter. Chocolate bunnies and a risen Lord . . . maybe not in that order. The resurrection of Jesus is the historical truth claim upon which the entire gospel hangs.