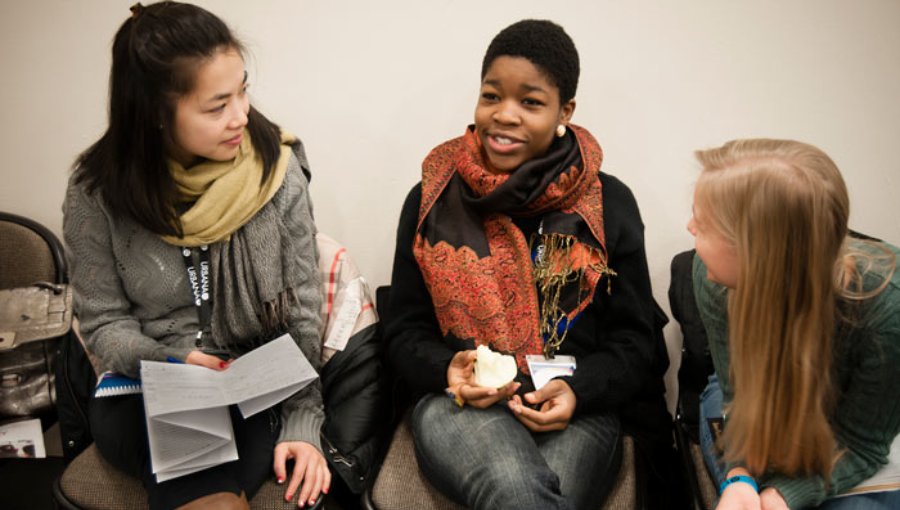 I get the same answer almost every time: “Bible study and prayer.”

The scene looks like this: I sit down over coffee with a student who’s stuck in their walk with Christ, bored with the Christian life, and struggling to hear from or care about Jesus at all.

My first question is always, “What are your spiritual disciplines, and how have they been going?” Like a broken record, they say: “Bible study and prayer. And I’ve been doing them faithfully.” The immediate follow-up questions I ask are, “Give me the names of at least four Jesus-followers you are in true community with,” and “When is the last time you shared your faith?” Both questions always create blank stares, awkward silence (during which I drink about three-fourths of my cup of coffee), and confusion.

After having this conversation countless times, I finally started to see the trend. We comprehend easily enough that Bible study and prayer need to be regular rhythms in the Christian life, but being part of a community and hanging out with non-Christians are considered extracurricular activities.

The truth is that investing your life in those who don’t know Jesus and discovering true, life-giving Christian community with other believers are both spiritual disciplines as well, and should be taken just as seriously as daily Bible study.

Something True About Me and You

We’ve been created in the image of the triune God—the God who is one God but who mysteriously exists in three persons: Father, Son, and Spirit. This tri-unity means that God exists—and has forever existed—in perfect community within himself. So being made in God’s image means that we’ve been created to be in relationship with others. That’s why we all yearn to be part of a community.

In addition to being communal, though, God is also missional—in other words, he’s not just focused on himself. He’s at work restoring all of creation to its original state and every person to a right relationship with him, through Jesus. That’s why he sent Jesus to earth—to pay the debt for our sin and defeat death so that we can live in relationship with him—and why he himself came as Jesus, actively doing the work needed to restore and redeem us. He is the one who sends and the one who was sent for us; he is the God of mission.

We therefore cannot discover true fullness of life in him with simply Bible study and prayer, while betraying two fundamental aspects of his character: community and mission.

This is why we at InterVarsity believe so strongly in small group ministry.

Satan has no problem with thousands of believers getting together in a stadium to listen to a band, but get those same believers in living rooms, restaurants, and dorm rooms studying God’s Word together and committing their whole lives and the world around them back to Jesus, and the enemy seethes. Small groups are where believers can know and be known, be safely challenged by Scripture in a group of close friends, confess sin and receive prayer and accountability, laugh, cry, argue, and forgive.

On Mission for Jesus

Yet even while we grow in relationship with one another, small groups are also sending agencies, vehicles for God’s mission in the world. At Southern Illinois University–Carbondale, where I work, we actually call our small groups missional communities. Each group has its own specific mission statement, including the exact group of people they feel called to show Jesus’ love to. And they’re taking God’s mission very seriously.

Last semester, for example, when small groups were starting up, two student leaders spent some time praying and then began knocking on every door for four floors of the dorm, inviting people to be part of their group. Six new students came to the Bible study; some were believers, some weren’t, and none of them knew of InterVarsity. My wife, Jayme, and a few core students in her group also knocked on every door in the dorm they’re reaching, ending up with 18 people in their missional community. Two weeks later, Sam had the same thing happen to his dorm Bible study.

Our prayer as small groups begin this semester is that students in these missional communities will continue to reach out to others on campus and invite them into God’s love and God’s work in the world.

New Disciplines for a New Year

As 2013 begins, whether you’re a student or retired or somewhere in-between, may committing to a micro-missional community—a small group—become just as much of a sacred spiritual discipline to you as your daily Bible study and prayer life.

After participating in God's mission and serving as leaders in InterVarsity Christian Fellowship while students at SIUC, Lucas and his wife, Jayme, were called by God in 2011 to stay in Carbondale as InterVarsity staff and give their lives to loving God, loving people, and making disciples at SIUC and in the Carbondale community.

There Is Another Way to Live