Who's at Your Table? | InterVarsity
Skip to main content

Who's at Your Table?

During the summer of 1991, I ate at tables throughout southern China as I helped lead an InterVarsity Christian Fellowship Global Project in China.

I was not supposed to be in China that summer.

As a first-year law student, I should have been eating at my desk, slaving away at a summer law internship, or enjoying being wined and dined by law firm recruiters. Instead, I dined on “Crossing the Bridge” noodle soup at university banquet halls, consumed “Green and Gold Fields” (edamame and corn) in student dining halls, and savored fresh jackfruit on improvised tables in dorms.

I also should have been building my resumé. Instead, I asked my internship provider to allow me to work for four weeks, depart for seven, and return for a final two weeks—pretty much guaranteeing that I would make little impression and accomplish little that was significant.

It seemed a foolish decision—except that I’m pretty sure I heard God’s invitation to go. I heard it most clearly through an InterVarsity staff worker’s voice when he invited me to join the first InterVarsity Global Project in China since the Tiananmen Square protests two summers before. “So many students want to participate,” he said, “but I don’t have enough staff to care for them. And I would really benefit from having a Chinese American on the staff team to do some of the cross-cultural training and translation.”

Though I am Chinese American, I certainly did not feel qualified for the trip. My parents may have referred to their return trips to Asia as “going home,” but Asia was not home to me. My Chinese language skills were rudimentary—barely better than a two-year-old’s. My familiarity with China itself was low. (My grandparents had left China in the early 1900s to work in the Philippines. My parents had grown up strongly bicultural there, and I was sufficiently assimilated enough in the suburbs of Chicago.) And while I may have enjoyed Chinese food, I was pretty sure that wasn’t qualification enough.

As I wrestled with where and how I would spend my summer, I recalled God’s invitation to be caught up in his purposes that I first heard at Urbana 87: the expositions from the book of Jonah that challenged my cultural biases, the stories of cross-cultural servants whose sacrifices in the 1890s allowed me to identify as a fourth-generation Chinese Christian in the 1990s, the solemn moment when I filled out my commitment card toward the end of that conference.

So I accepted God’s invitation to spend a summer eating at tables throughout southern China. 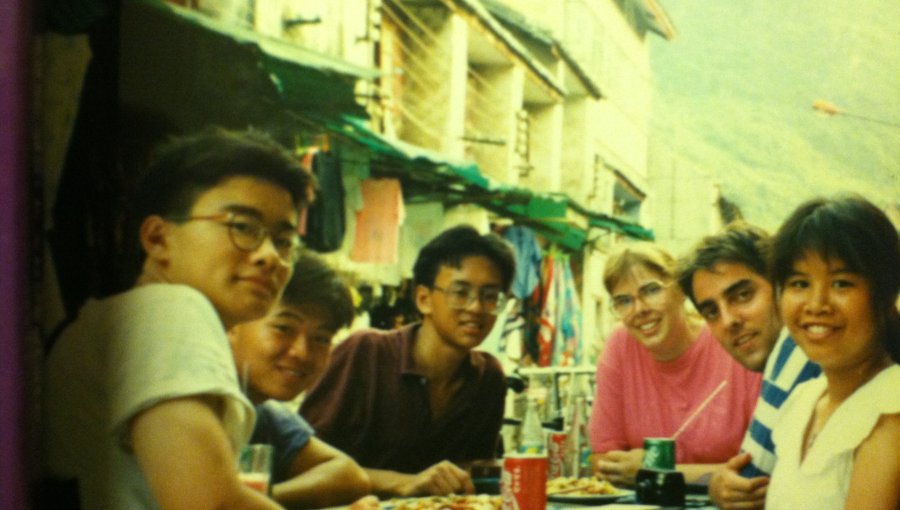 I ate with Chinese nationals eager to learn English and curious about American culture in those years when communication between China and the United States was stilted and strained. Though we shared an ethnic heritage, we were separated by immigration history—a socioeconomic, educational, and political gulf that we bridged, meal by meal, conversation by conversation.

I also ate with American students who, like me, had responded to God’s unexpected invitation: Eric, whose second-ever plane flight deposited him in China. Leslie, whose blonde hair and towering height made her the excruciatingly uncomfortable center of attention in every village we traveled through. Deirdre, whose intestinal track never really adjusted to the food. Sonny, whose Chinese American family affirmed the trip only because it was a trip to China.

It turned out that an enjoyment of Chinese food was a good qualification for the trip after all. While China never felt like a return to my own home, the familiar foods helped me feel like I was visiting a distant relative’s home. Different enough to keep me on my toes. Familiar enough to cause me no trouble. I could eat with the locals and interpret unfamiliar dishes for “the foreign guests.”

And, surprisingly, those unexpected tables became like my home: an uneasy mix of cultures brought together at God’s invitation.

Greg Jao is a national field director for InterVarsity/USA, leading ministries from Maine to Washington, D.C. He's also the author of Your Mind's Mission in the Urbana Onward series and a contributing author to Following Jesus Without Dishonoring Your Parents (both from InterVarsity Press).

Urbana 12 and ACT:S are challenging you to share an intentional meal with someone who lives differently than you, to learn what you have in common and what you can learn from each other. On Wednesdays in November and December, we’ll be posting stories from InterVarsity staff and alumni about intentional meals they’ve shared with others—and all the good that comes from it.