Why Did Jesus Have to Die? | InterVarsity
Skip to main content

Why Did Jesus Have to Die? 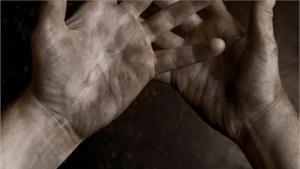 For many of us, great InterVarsity staff workers are sometimes the closest thing we have to what we might consider modern-day saints.

So as a very new follower of Jesus at 20 years of age, I had to work up a lot of courage to tell my staff worker about a secret sin that had been suffocating me ever since I realized how wrong it was.

Approaching Brad Wathen, I was nervous—but even more, I was desperate. I needed some tips on how to stop feeling so guilty, or perhaps how to get free from the temptation of the sin that continued to seek me out.

Instead, once I admitted my sin, Brad looked at me and squarely stated the obvious: “That’s pretty bad. I can see why you feel guilty.”

To which Brad responded, “Don’t you see how prideful it is of you to think that you can do something to receive forgiveness or get rid of guilt? Your sin is ugly, and so was Jesus’ death.”

The Essence of Justice

When we ask, “Why did Jesus have to die?” there are theological, philosophical, and relational answers. Theologically, as we study God’s character in Scripture, we realize that he does not let sin go unpunished. This is the essence of justice. It’s an attribute I truly appreciate when I see evil done to the helpless, to those I love, or even to myself.

However, when I am the one who has done evil—the one, in other words, who deserves God's punishment—I am at a loss to rebuild the broken father-son (or father-daughter) relationship with him. God’s attribute of righteous judge can’t be set aside. It would be like asking one of us to stop being so human. So, because of our inability to help ourselves, Jesus enters the story in our place, as the sinless one able to receive the just punishment of the Father for the rebellion of all humanity.

Popcorn, Pride, and the Suffering of Jesus

Ten years ago, the world paid $611 million dollars to see Mel Gibson’s The Passion of the Christ. I still remember how weird it felt to sit in a climate-controlled surround sound theater to witness the reenacted torture and death of God’s Son. After we emerged from our popcorn coma and realized what we had just seen on the big screen, people began to ask, “If this story is true, why did Jesus have to suffer?”

Scripture puts it this way:

I had been studying the book of Romans with Brad, but it wasn’t until I saw these three verses in chapter 5 that I finally started to get it. (Yes, it did take me the four previous chapters to start to understand grace!)

Jesus had to die because he loved me. Compassion, by definition, means seeing a need and then taking action to do something about meeting that need. In his love and compassion, Jesus knew our distance from God, felt compassion for us, and moved to remove the barrier between the Father and his children.

If we left it here, we might think this was a move made from a place of pity. That’s what I thought for years. As a student leader and then later as an InterVarsity staff worker, I shared my faith because I wanted to help those poor lost people.

But now, as a father of three, I have begun to see Jesus’ death as an action firmly rooted in God’s desire to have relationship with his children again. When humanity began to rebel against God and Adam and Eve were removed from his presence, I believe it was tragic for our Father. I would lose appendages and senses before I would go without a relationship with my kids.

On Good Friday, we remember Jesus’ compassion for us—how he saw our complete state of hopelessness and then agreed to step into our place to satisfy the punishment for sin that justice demands and that we deserve. We also remember the Son’s love for the Father, the ugly sin that has led to guilt, and our tragic days of being lost.

The joy of this day rests in Jesus’ choice to die for us, to buy us back, to bring redemption, to save us, and to heal us. His willing obedience to step into skin and bone brings us back to the One who created and loves us.

Casey has served with InterVarsity at Northern Illinois University since 2000. He and his wife, Karen, are unapologetically raising three children to be St.