Why I Still Have Hope for Evangelicalism 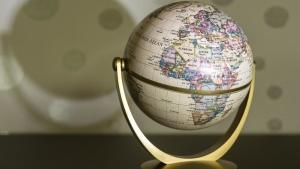 While searching for an image that captures my assessment of and hopes for evangelicalism, I recall a rocky hilltop in northeast Ethiopia. It was isolated, rising a distance from a university town. As I climbed to the top, the view was a barren moonscape of browns and beiges punctuated only by rocks and debris. Absent were any signs of vegetation or shelter. The sun had baked away water and life from that land long ago. I shut my eyes in its harsh light as it relentlessly revealed every crack and fissure in the ground. The breeze, blowing as it will, brought no relief from the 105-degree heat. It dried my mouth, making me reluctant to speak.

Just a Pile of Rocks?

That hilltop reminds me of American evangelicalism. For all of its size and statements about cultural engagement, it remains relatively distant from the centers of intellectual and cultural life. For all of its announcements and activity, it can seem arid and lifeless.

As the leader of [InterVarsity], I regularly hear the reasons younger generations reject our evangelical faith. They despise our ongoing tolerance of or complicity in racism, sexism, jingoism, and homophobia. They are disgusted by how we jockey for power and discouraged by the slight difference faith makes in our behavior. . . . Students and faculty see our sin and our hypocrisy, and they abhor it.

I see it as well and want to shut my eyes. I understand why many who share evangelical theological commitments are reluctant to speak or have considered abandoning the term and the identity as meaningless.1 But I still have hope for evangelicalism.

From a certain angle at that hilltop, one could discern that many of the rocks have been arranged in casual rows. The rows form a cairn. It’s just wide enough to hold a small Bible. University students who are part of Evangelical Students’ Union of Ethiopia (EvaSUE), a local Ethiopian campus ministry, call this hilltop Rock Chapel. They joyfully gather there several times each week to hear Scripture taught, to pray for their unsaved friends, and to worship our triune God.

Why meet there? The university prohibits them from meeting on campus. While it has offered a meeting space in a town several miles away, the students can’t afford the bus fare to the other location, and they would be unable to bring their unsaved friends that far. So they meet at Rock Chapel, using rocks as their seats and rock as their pulpit. Their faithful presence transforms this wasteland into a chapel.

As we look at the context of American evangelicalism today, with its full array of complex challenges, these Ethiopian students give us hope.

To many, I’m part of a demographic that points to a brighter evangelical future—an ethnic minority who grew up in a fast-growing immigrant church, with a broad purview and access to significant resources to influence evangelicalism. As president of InterVarsity, trustee of Fuller Seminary, and trustee in the Lausanne Movement, I see the development of the next generation and the unceasing commitment to share the good news of the gospel. . . . Through many lenses, I see hope for the future of evangelicalism and reasons to be encouraged.

Evangelicalism as a Global Fellowship

Global evangelicalism is growing in size and maturity. The vast majority of evangelicals live outside the United States, and their numbers are growing far faster than ours. Majority World evangelical theologians and biblical scholars, nurtured in part by ministries such as the Langham Partnership Scholars Program and Overseas Council, have reached a critical mass. They are no longer dependent on Western seminaries for degrees or Western publishers for translated or imported books. Theological and discipleship texts are now being written by and for their own contexts. Massive texts such as The African Bible Commentary2 and The South Asian Bible Commentary3 demonstrate the growing depth and breadth of the contextual theology they produce.

For American evangelicals, this should create humility to listen to and to learn from our sisters and brothers in the Majority World. . . . Because we American evangelicals are compromised by our underdeveloped political theology, we have much to learn about how to be disciples and citizens in pluralistic environments where power and privilege are lacking. We also have much to learn about reconciliation and justice from fellow believers who wrestle daily with the aftermath of genocide and ethnic cleansing.

Listening humbly and responsively to global voices will discipline us to be more attentive to those who are marginalized in our own country. In theology, biblical studies, mission, cultural engagement, and worship, the global church can give us tools to break free from a Christianity that resembles too closely the cultural priorities of the West,4 answering the critiques of our harshest critics, both internally and externally.5

This is good news for American evangelicalism. We’re moving increasingly from patronage relationships to true partnerships.7 This is freeing us from latent imperialism, which has sadly shaped some of our missionary endeavors (both overseas and domestically). We’re learning to engage in racial justice conversations that transcend the black/white duality and more fully reflect the breadth of our diverse society. It’s changing the inherently consumeristic mentality that drives so much ministry competition and creates wasteful duplications of efforts. It’s teaching us to live more like the body of Christ and less like the shopping mall of Christ.

Mark Slaughter, an InterVarsity evangelist and the national facilitator for emerging generations for the US Lausanne Movement, recently told participants at an international gathering that he had come to rely on the expertise of Majority World brothers and sisters. A fellow participant reacted with both shock and pleasure: “It’s surprising and refreshing to find an American who thinks of himself as a learner rather than a teacher.”

Global evangelicalism inspires us in the midst of our American malaise. I was recently with a university movement in Nigeria, where students worshiped passionately and with great hope. Security forces guarded the conference center with machine guns placed on the plenary stage; a terrorist attack was possible at any moment. Militant Islam is their top challenge. Students have lost loved ones to Boko Haram attacks, and 1.5 million have been forced from their homes in the Muslim north. However, these students are resilient in the midst of constant threat—not giving in to fear but boldly proclaiming the gospel wherever God leads them. Thousands at the conference responded to a call to move north intentionally, saying, “We won’t give in to fear. The gospel is worth sacrificing our lives.”

Their theological maturity and evangelistic fervor were inspiring. They considered present sufferings as nothing compared to “the souls of friends who suffer from not knowing the love of Christ.” There was a standing ovation the last night when a speaker challenged all the Nigerians to go to China for their post-graduate studies. The students saw this as a wonderful opportunity to study abroad as mission, living out their vision to reach not only Chinese students but also more than four hundred thousand international students in that nation. It made me wonder, How can we develop greater resiliency and passion for the gospel among American evangelical students?

We have so much to learn from the global church. It may very well hold the keys to revival in the American evangelical church.

1For a measured (if frustrated) perspective, see an opinion piece written during the 2016 US presidential election by the president of the Southern Baptist Convention’s Ethics and Religious Liberty Commission. Russell Moore, “Russell Moore: Why This Election Makes Me Hate the Word ‘Evangelical,’” Washington Post, February 29, 2016, www.washingtonpost.com/news/acts-of-faith/wp/2016/02/29/russell-moore-why-this-election-makes-me-hate-the-word-evangelical/?utm_term=.e74809d62364. Moore continues to identify proudly as an evangelical.

Tom has served as the President and CEO of InterVarsity since August of 2016. Prior to that, he was Vice President of Missions and Director of InterVarsity’s Urbana Student Missions Conference. Tom is the author of Pursuing God’s Call and Losing Face & Finding Grace as well as coeditor of the Urbana Onward book series. He, his wife, Nancy, and their two daughters currently live in Madison, Wisconsin.

Tom, thanks! I needed this

Tom, thanks! I needed this encouraging reminder of what I can learn and the hope that we can receive from our brothers and sisters outside the USA (especially those with IFES)

I'm still very grateful for my years with Oberlin Christian Fellowship, 1954-58, IVCF chapter. I continue to be inspired by evangelicals such as Charles Finney of Oberlin College and Jim Wallis of Sojourners.

This article is right-on, and

This article is right-on, and I completely agree with its thesis. Hopefully, it will spur some deeply needed thought about how to get evangelicanism back on track of more profound and deeper thought about the Gospel

Thank you Tom, this piece is

Thank you Tom, this piece is a breath of hope in a challenging time for evangelicalism in the US. May God make us humble, joyful, and creative as we move forward.

GlobalChurch
The missional church conversation has focused almost exclusively on Western thought at the expense of hearing the voices of the global church.
Operation World
Operation World is the definitive global prayer and spiritual condition handbook that will help focus your heart and life towards God's passion for His glory.
The Future of Evangelical Theology
The shift of Christianity from the Euro-American West to the Global South invites a thorough rethinking of evangelical theology.
Misreading Scripture with Western Eyes
Brandon O'Brien and Randy Richards shed light on the ways that Western readers often misunderstand the cultural dynamics of the Bible.
Login