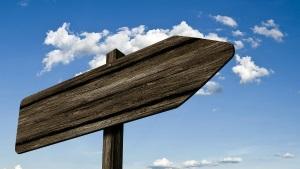 I used to think missions was a thing for super-Christians. As in, being engaged in missions would earn someone extra brownie points from Jesus, but it certainly wasn’t for everyone.

I could not have been more wrong.

Missions matters because it is at the very core of what it means to be Christian. As followers of Jesus, we should always be in the process of becoming more and more Christlike. And, simply put, if we’re not engaged in missions, we’re not being like Jesus.

Missions is one of those words we toss around a lot in the Christian world, but it isn’t always clear what we mean by it. Allow me to help. Missions means being sent by God into a specific place in order to partner with God to expand his kingdom.

The question we should ask isn’t, “Is God calling me into missions?” but rather, “Where is God sending me to be a part of building his kingdom?”

Many Christians fail to recognize the missions aspect of some of the most profound and important passages in the Bible. One of my favorites is John 1:14: “The Word became flesh and lived among us.” Dang. Jesus, the second person of the Trinity, is sent by the Father into the world in order to build his kingdom. The essence of Jesus’ earthly life is missions.

And once you begin to read the Bible through the lens of missions, you begin to realize that missions is everywhere in Scripture. Abraham is sent away from his home for the sake of mission (Genesis 12), Jonah is sent to Ninevah (Jonah), Jesus sends the demoniac on mission back to his own people (Mark 5), the Samaritan woman is sent to her village (John 4), and Paul is sent all over the known world (Acts)—and these are just a few examples!

So when we ask the question, “Is God calling me into missions?” it’s like asking, “Does God really want me to be like Jesus?” And the answer is a resounding yes.

So if we’re all called to participate in missions, we need to start asking “Where?” and “How?”

Unfortunately, I can’t answer those questions for you in this blog. But there are tons of resources out there to help you.

First, you could go to InterVarsity’s Urbana Missions Conference this December. It isn’t just for students; it’s also for pastors, church leaders, laypeople, recent grads, and business professionals—anyone who wants to find their place in God’s global mission. Lucky for you, registration opened on March 4. Urbana will inspire you, give you more resources than you could hope for, and give you the space you need to seek God for the answers to those questions.

Second, pray. There are some prayers that God might not answer (“Lord! Help me do well in this job interview that I didn’t prepare for . . .”) However, prayerfully asking God, “Lord! Where do you want to send me to be part of your kingdom-building work?” is exactly the sort of prayer God absolutely loves to answer.

Third, go. One of the best ways to learn about missions, even if God doesn’t call you to go overseas, is to serve on a missions project. Your home church or campus fellowship probably offers tons of opportunities to serve either in the U.S. or abroad. You’ll learn more about missions and about how God has uniquely made you to be a kingdom-builder by going on a project than by going to any conference or reading any number of books. But be careful—God might open your heart for a new place in a way you would never expect.

That’s what happened to me. A few years ago, I had an opportunity to help lead a project to Bosnia and Herzegovina, in Eastern Europe. Initially, I was disinterested. “Europe for missions? Boring,” I thought to myself.

Oops. I was wrong.

I went on the trip despite my questionable attitude, and as I spent a month in Bosnia, I felt God slowly melting my heart and causing me to fall in love with this heartbreakingly broken yet amazingly beautiful place.

And then I went to Urbana, where my wife and I both sensed God’s call to consider moving to Bosnia long-term at some point.

And now? Well, my wife, my baby daughter, and I are going to Bosnia later this year to live and learn more about what God is doing—and to prayerfully consider how God might be calling us to serve there in the future.

You are called to missions because missions is inextricably intertwined with our identity as Christians. Go to Urbana. Pray. Go on a project.

But be careful, because God might mess up some of your plans in the most amazing way possible.

Matt Meyer has been on staff with InterVarsity since 2006 and now works as an Area Director, serving campuses on the coast just north of Los Angeles. He is married to Bekah, who is also on staff, and they have one daughter, Hannah. Matt blogs irregularly at kingdomintersect.wordpress.com.

Join us at Urbana 15! Registration is open!