4 Reasons Why We Need to Keep Looking at the Cross 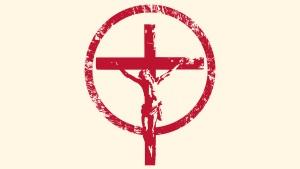 Today, after several weeks of unusually warm weather for March in Madison, it snowed and sleeted. A few of us might have cried with frustration.

Yes, of course—we’ve chosen to live in a northern state and are used to terrible weather (such as ice in March). So why are we bothered?

Something happens to our streets and our souls when those first couple warm days come. College students throw footballs in the streets. Neighbors stand on the sidewalks chatting. Moods lift. There is a lightness in the air that winter depression and darkness shroud. We feel hopeful about the permanent return of warmer weather.

So this year, with such a long stretch of lovely warmish days so early in the year, we have been particularly buoyant. A new order—early spring—had been established. Our expectations were set. And snow was a harrowing disruption.

The Disruption of Sin

That’s a little taste of how The Message version of the Bible translates John’s words in chapter 3 of his first epistle: “Sin is a major disruption of God’s order.”

And over the next few days, many of us will look more closely at the cross than we normally do. But we will likely not linger there long enough.

It is tempting, on Easter weekend, to rush past the cross to get to the resurrection. And in fact, when we Westerners do think about the cross, we tend to antisepticize it. Many paintings of Jesus on the cross get it wrong as well, mostly portraying a White-skinned Jesus who looks like he just showered before his moment of glory. A few paintings—like Albrecht Altdorfer’s Christ on the Cross between Mary and St. John and Kathie Whitesel’s Painting of Jesus on the Cross—get closer to what was likely the truth: Jesus was a bloodied, beaten mess.

I understand why we don’t like to look at the cross. The crucifixion brings up a lot of uncomfortable emotions—guilt, sadness, perhaps confusion or shame. But emphasizing the resurrection over the cross leaves a gaping hole in our theology and in our attempts to answer the question of why there is evil and pain all around us. We need to ponder Jesus’ suffering. Here are four reasons why.

1. Jesus’ crucifixion points us to the stunning uniqueness of Christ—one who, as Paul describes in Philippians 2, “being in very nature God, . . . made himself nothing . . . [and] humbled himself by becoming obedient to death—even death on a cross.”

Resurrection—while of course surprising and miraculous—is also a very god-like thing to do. You expect any god who’s worth his salt to be able to raise the dead. And sacrifice—sometimes even human sacrifice, as we see of gods worshiped in Old Testament times—is a normal part of worship in many religions. But for a God to sacrifice himself on behalf of his people is virtually inconceivable.

In The Incomparable Christ, John Stott explains: “Jesus did what nobody had ever done. He fused the two Old Testament images—the servant who would suffer (Is. 53) and the son of man who would reign (Dan. 7).” Theologian Oscar Cullmann, whom Stott quotes, gives us an even deeper picture of how shocking this was:

“Son of man” represents the highest conceivable declaration of exaltation in Judaism; ebed Yahweh (the servant of the Lord) is the expression of deepest humiliation. . . . This is the unheard-of new act of Jesus, that he united these two apparently contradictory tasks in his self-consciousness, and that he expressed that union in his life and teaching.

Focusing on the cross thus helps us grasp a bit more what the God we worship is like—simultaneously all-powerful and a servant.

African Americans have understood this holistic view of Jesus for a long time. The God they know is not a harsh, power-hungry master but rather one who suffers with us; Jesus’ body, like their bodies, was whipped, flogged, beaten, tortured, bloodied for crimes he didn’t commit. Yet they also know him as the Lord who has the power to rescue his people from slavery, as he did when he brought the Israelites out of Egypt. They have never been afraid to look at Jesus’ suffering because it is the story of their past as well. Like them, those of us who are not Black need to take long looks at Jesus’ suffering and let it draw us into deeper worship of him.

2. The cross helps us see the seriousness of our own sin and our absolute inability to save ourselves from it. Given that our imaginations, like everything else, have been tainted by the Fall, we can’t picture what the garden of Eden might have been like—the vibrancy, the lushness, the safety, the beauty, the peace and life and flourishing and order.

So it’s hard for us to comprehend the shock that sin was to a perfect world. In many ways, a sinful world feels “normal” to us, even if not right, because it is the only world we’ve known. And while we may feel the heaviness of the effects of sin, we often don’t grasp how serious a sickness sin itself is.

The crucifixion is what brings us to this deeper understanding. As theologian Fleming Rutledge said in a recent interview with Christianity Today, “Why did the Son of God die in the worst possible way? . . . Why [crucifixion] and not another [method]? Because it corresponds to the depth of depravity caused by human rebellion against God. It shows us just how bad things really are with us.”

Taking a long look at the cross and Jesus’ suffering there is what leads us to deeper repentance, deeper hatred of sin, deeper love for God’s will to be done, and deeper commitment to pray and work for his kingdom to come.

3. The cross helps us see the depth of God’s love and the wisdom of his plan. In The Lion, the Witch and the Wardrobe, C. S. Lewis gives us a picture of this through these words of Aslan after his death and resurrection:

“Though the Witch knew the Deep Magic, there is a magic deeper still which she did not know. Her knowledge goes back only to the dawn of Time. But if she could have looked a little farther back, into the stillness and the darkness before Time dawned, she would have read there a different incantation. She would have known that when a willing victim who had committed no treachery was killed in a traitor’s stead, the Table would crack and Death itself would start working backwards.”

Sitting with the fact that an innocent Jesus—he who had “committed no treachery”—died for me, a traitor, and, in so doing, underwent the most humiliating, excruciating, painful form of punishment in the world at that time, changes me. Knowing I am loved in that way by the God of the universe changes me. Knowing that he understands my suffering, wanted to spare me suffering, and is with me now in the midst of suffering, changes me.

And it leads me to trust him more deeply. The judgment of sin is a good thing, and if he is willing—and, indeed, was planning all along—to take the evil and suffering of the world on himself, surely I can trust him to bring about a final victory, a full restoration of order, in the end. People who have suffered oppression and persecution, like “the poorest of the poor” and African Americans, Rutledge explains, understand this in a way many Americans don’t: “They know there’s a need for judgment and for a heavenly deliverer. . . . Sin must be judged by a righteous God. That is our hope.”

4. The cross shows us how we are called to live as followers of Jesus: as people who both have the King’s power available to them and are deeply humble; as people who are secure in their Father’s love for them, and thus able to withstand suffering; as people who pray with force against the enemy and fully submit themselves to God. And as people who love deeply and freely. The cross is where we start to understand, in deeper ways, what it really means to follow Christ and become like him.

In her address to Urbana 15 attendees on Jesus’ prayers in the garden of Gethsemane, author and professor MaryKate Morse challenged her audience to “keep watch,” as Jesus exhorted Peter, James, and John that evening. “‘Keep watch’ doesn’t mean that Jesus was just trying to keep them physically awake,” she explained. “He wanted them to watch with him, to be alert as persons vigilant to this very moment, like a sentinel, . . . watching, watching, bearing witness to the pain. We don’t turn away. We bear witness to the pain.”

And so, like the women following Jesus to Golgotha, beating their breasts in mourning, like John at the foot of the cross, we have to keep looking at Jesus’ pain, bearing witness to his pain, refusing to look away. Because when we do that, we will echo even more emphatically the cry of the centurion observing Jesus’ last breath: “Truly this man was God’s Son!”

Thanks for writing this heart

Thanks for writing this heart-felt article about the deep suffering and love God endured for us with regards to the cross. I don't think our own minds are even capable of wrapping around the depth & extent of the physical and spiritual suffering involved and the hurt involved when He was temporarily banished from God the Father's presence. This was a very well researched and written message with so many perspectives, it was a pleasure and inspiration to read today on 'Easter Sunday'.

Lisa, thank you for

Lisa, thank you for mentioning my painting, Jesus on the Cross. It is so unlike the rest of my artwork which is much more controlled and stylized. I remember sitting at my art table the day I painted it. I was reflecting on the fact that Jesus was wearing a visible representation of the fall. A crown of thorns because the ground was cursed with thorns. I painted it loosely and quickly not wanting to actually paint Jesus because He has been interpreted by so many artists over the centuries and we simply do not have much to go on. After my initial strokes I sat there not sure what to do next and I felt like God said, pick it up and tap it on the table, so I did. That’s when the drops of red color came down. It was very disturbing to me and later I could not take it out of my portfolio because it bothered me so much. Finally my husband told me I needed to put it in my Etsy shop. I didn’t want to, but eventually I did. It still disturbs me and that’s ok. Art is supposed to make us think and perhaps disturb us. My youngest son is 28. He says it hangs over his bed and every time he looks at it he cries. It’s emotional and we should be sobered by what Christ did for us.

The Cross of Christ
Why should the cross—an object of Roman distaste and Jewish disgust—be the emblem of our worship and the axiom of our faith? And what does it mean for us today? In this thoughtful book, John Stott brings you face to face with the centrality of the cross in God’s plan of redemption.

To the Cross
With the expertise of a veteran biblical scholar and the wisdom of a seasoned pastor, Christopher Wright skillfully guides us on Jesus' journey from the Last Supper to the cross.
Login