At the end of every spring semester, college students across the nation gather for weeklong InterVarsity training conferences called Chapter Focus Weeks.  And this year at my area’s chapter camp, I had the honor of team-teaching the second half of the book of Mark. For thirty hours during the week, thirty-two students and my coleader and I joined Jesus and his disciples in the struggle to understand the nature of discipleship and follow Jesus to his cross.

Mystery and Glory at the Cross

Let me say first that I am (still) totally intimidated by the idea of teaching on the crucifixion and suffering of Jesus. And the scene around the cross in Mark’s Gospel is particularly intense. Like the elaborate Renaissance panoramas of angels and lounging women, there’s a lot going on: the women looking on from a distance, the Roman military officer—the one who believes—standing at the foot of the cross, the stranger Simon going on his way, the sun darkening, criminals dying, and on and on.

Essentially, Mark’s description is of lives changing and the world shifting when Jesus gets on his cross. There is mystery and glory waiting in these scenes that will humble the most confident teacher and transform the most hardened heart. Which is why trying to teach this portion of Scripture is like attempting to paint the Mona Lisa in your eight-color Crayola watercolor set. Your best shot is to lead others to the original painting, point out a few things, and let them respond.

So that’s what we did. We drew near to Jesus’ great work in these texts and dared to lead others there as well. It was like “stepping onto holy ground,” as my teaching mentor says. Changed lives and a vision for the campus emerged.

I could tell many stories, but here are two scenes of transformation around the cross at Chapter Focus Week.

Weeping at the Cross: Christine’s Story

Like many student attendees, Christine came in for a crash-landing at Chapter Focus Week. After a hard year of reaching out to students on campus and leading her InterVarsity chapter, she was weary and confused. The chapter had shrunk, and many friends had left the ministry. Christine loves both the gospel and her friends and was therefore feeling heartbroken. The chapter that came with her to Chapter Focus Week was not the same one she started with in the fall. What happened? she wondered. Was it something we did as leaders?

After a Mark session on the failure of the disciples in ministry, I saw Christine and a friend still involved in conversation, though the rest of the room had cleared for lunch. Curious, I asked them what God had been showing them. They both dissolved into heaving sobs.

In one of the more shining moments of my ministry leadership, I awkwardly patted Christine on the back, nodded a lot, decided I had no idea what was happening, and waved my coleader over to help listen and pray. God had convicted Christine of an aspect of her ministry that had contributed toward what had happened in her chapter. But there was more that God wanted for her. God wanted her to give up her sadness through grieving in prayer.

For some students, Chapter Focus Week is a place to discern and celebrate a vision for the coming school year. For others, it becomes a place to do the important work of bringing closure to a difficult year. Searching for the face of God in the past becomes an act of faith—a willingness to believe that his goodness and sovereignty were there in the midst of ministry failure, and a refusal to believe that God is capricious or absent from the life of their ministry. It is an act of faith that enables them to continue on in ministry.

Taking Up His Cross: Andrew’s Story

Describing the positions of influence on campus that Andrew had this past year would exceed the word count on this post. Recognized as the undergraduate leader for campus-wide responses to Asian racism incidents and Asian initiatives, Andrew was invited to step into a more expansive regional leadership role in the fall. To the university, he was a prophetic leader who had yet to reach his ceiling.

Andrew was part of our Mark track at Chapter Focus Week. He asked some hard questions during our days together, but mostly he listened quietly and watched Jesus teach his disciples, religious leaders, and crowds.

A week after camp, I received an email from Andrew. He had made the difficult decision to step down from all positions of leadership outside of InterVarsity. It meant passing on senior positions of influence that were the finale of three years of increasing leadership work. And it meant disappointing peers. 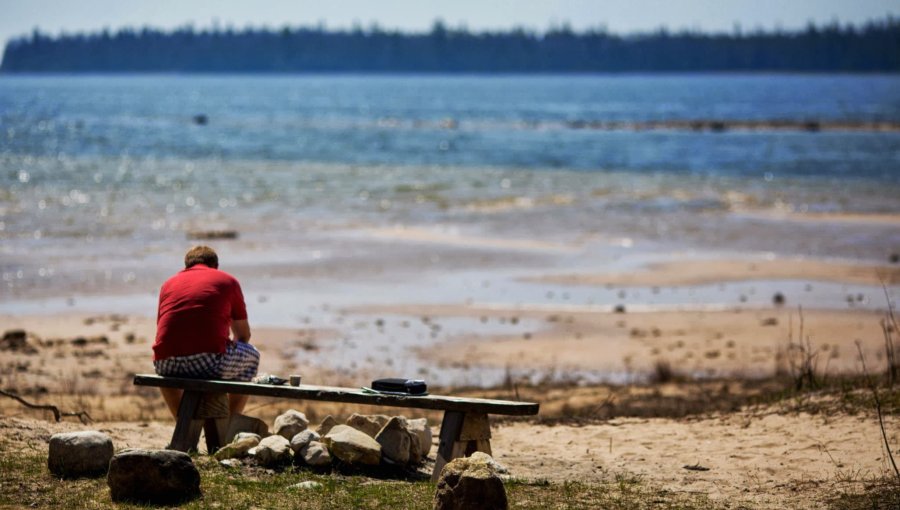 God had shown Andrew what was in his heart. He had shown him the revolutionary, seemingly upside-down truth that a leader in his kingdom does not expect others to serve him; rather, he serves others and gives his life. Andrew committed to spending his senior year leading under the radar, participating in God’s work of transforming his campus by serving students one by one.

A Week to Walk with God

At Chapter Focus Week it is said, “His call is still heard at the water’s edge.” And for the hundreds of students coming away from the pursuit of the kingdom on campus to rest, it is a place to walk with God and listen.

Alice Liu is on staff with InterVarsity Christian Fellowship’s Asian American Ministries at The Ohio State University and loved serving with the camp staff at Cedar Campus in Michigan.

Lessons from Chapter Camp: What Defines You?

Or learn more about all of InterVarsity’s retreat and training centers.