Does God Care About Diversity? | InterVarsity
Skip to main content

Does God Care About Diversity? 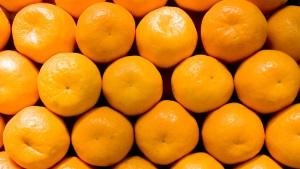 Imagine that God created the whole world like my hometown: Orlando, Florida. What would that be like?

Would you enjoy this world?

I’m glad the real world is a much more diverse place. Instead of uniformity, we see the beauty and creativity of God revealed all throughout creation. God created the snowy slopes of Alaska and the coral reefs of Australia. He formed the Galápagos Islands in stark contrast to the Gobi Desert. What we discover in Madagascar is different from what turns up in Moscow. There is a wide spectrum of natural diversity on our planet and God is responsible for it all. And this only represents one small corner of the universe!

It’s not just the physical world that’s diverse, however. People and cultures have adapted and grown to represent the human diversity we see today. And wasn’t that God’s design too? Did he not command us, from the very beginning, to spread across the vast globe, filling the earth and subduing it?

God did not desire to give all of humanity a particular genotype or phenotype. He did not set out to build one homogenous human community (as the Tower of Babel architects learned the hard way). When we look at our species as a whole, we see the beauty, the creativity, and the very image of God reflected back at us. God loves diversity!

This is clear too in the types of people God uses to carry out his mission. The cast in Scripture is actually quite diverse. The Old Testament tells of wise men like Solomon alongside unlikely heroes such as Rahab of Jericho and Ruth the Moabite. God makes 99-year-old Abraham a father and seven-year-old Joash a king. We see men of questionable character like Samson and courageous women like Deborah both serve as judges over Israel. And, of course, God’s story includes a Hebrew orphan of sorts who grew up as an Egyptian prince before settling down as a Midianite shepherd—until he came out of retirement to liberate millions of stubborn slaves. And it doesn’t stop there.

Throughout the New Testament, we see God’s heart for diversity expressed explicitly in several key moments of the early church. Known as the Great Commission, Jesus’s final instructions to his disciples were clear: go and make disciples of all nations. He casts vision for growing a diverse, global movement rather than a local, homogenous cult.

Later, during Pentecost, there just coincidentally happened to be a gathering of Jews from all over the known world when God chose to release the Holy Spirit. Rather than giving the diverse crowd a supernatural ability to understand one language, God gave the disciples both a supernatural gift of speaking in other languages and the skills they needed to preach the gospel cross-culturally. Parthians and Medes and Elamites; residents of Mesopotamia, Judea and Cappadocia, Pontus and Asia, Phrygia and Pamphylia, Egypt and the parts of Libya belonging to Cyrene; visitors from Rome, both Jews and proselytes; and Cretans and Arabs—they all got to hear the gospel in their own heart languages. Because God cares about diversity!

Finally, in Revelation, John gets an all-access backstage pass to see what happens in heaven. He tells us about a gathering of a great multitude of people—too many to count. They all wear white robes. They all hold palm braches in their hands. They all shout one phrase. They are united. But are they all the same?

The first thing that John notices about this multitude isn’t the similarities, but rather the differences. He observes that every nation, tribe, people, and language is represented. Heaven is diverse. It’s beautiful. It’s perfect. It’s what God wants.

If natural diversity and cultural diversity are good things, then what about denominational diversity? We certainly don’t all worship in the same way. Presbyterians may be a little uncomfortable around Pentecostals. Anglicans do things a little differently than their African Methodist Episcopal Zionist brethren. Some of us go to mega churches, some to missional churches, and others to micro churches. Is there room for us to learn from each other? Could we bless each other and partner together to more effectively reach our context?

But together—in all of our beautiful, messy, glorious, chaotic diversity—we can be part of a robust movement that not only proclaims the message of God, but also displays the magnificent image of God to people of every nation, tribe, and language.

And when we do that, we get a little bit of heaven right here on earth.

You might also be interested in the goodness of reading the Bible with a diverse group of people.

Or watch this video on why ethnicity matters.