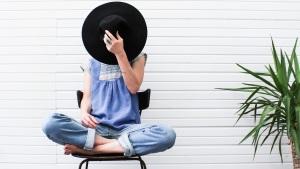 I’ve recently come to the conclusion that I’m a “two-talent person.”

Jesus told a story about three people who are each entrusted by their master with a different amount of money to invest. One of the monetary units at the time was called a “talent,” equivalent to what a laborer would make in 15+ years. The first servant receives five talents, another receives two talents, and a third receives only one talent.

Pretty early in life I discovered that I’m not the most gifted person around. I rode the bench in athletics, didn’t have academic fireworks, and wasn’t much of a “leader” in my neighborhood or my school. When I looked around I saw people who received more “talents” than I did.

We’ve all been entrusted with influence.

But many of us struggle to see it. We see others with bigger leadership responsibility, more significant platforms, stronger gifts . . . five talents. And our temptation is to toss aside what we’ve been entrusted with, to undervalue our own small influence.

But God can leverage our small influence to do great things in the world. Here are three ways I’ve seen that happen.

1. The Influence of Attitude

Attitudes can be contagious. Smiles create smiles and glares create glares. If you go about your day with a positive, upbeat, kind attitude, people will begin to echo that back to you. It’s difficult to be mean to someone who’s kind. It’s tough to complain to someone who refuses to complain. It’s hard to drag your feet around someone who’s humming along. If you choose to have a positive attitude and refuse to let anyone shake it off of you, people will follow suit. We each exert an influence on our environments by the attitudes we carry.

Give it a try. Will you commit to having a positive attitude today? Will you leverage that small amount of influence you have to bless people around you?

2. The Influence of Multiplicative Modeling

I can often lose sight of the fact that God has entrusted each of us with vast amounts of skill. Compare what you know how to do with what a two-year-old knows how to do and you’ll catch a glimpse of the enormous store of skill you have. What can you pass along?

You might not be able to do everything. You might not be able to do much that’s spectacular. But don’t focus on what you can’t do. Focus instead on what you can do. Trust me—you know how to do something that’s useful and that someone else doesn’t know how to do. Just a few weeks ago, I got to teach an elderly woman how to use Facebook to promote her non-profit and connect with her family. She went on to share what she learned with several of her friends. Now they’re all more connected and equipped to leverage social media to do some good in the world.

3. The Influence of Prayer

We may someday discover that our greatest influence in this world was not some task we accomplished or some ministry we built but was instead some prayer that we prayed.

I recently spent time with a friend who desperately wants to influence her family to move toward Jesus in faith. She’s talked to them, argued with them, given them books, and invited them to church, but nothing seems to be working. She sees no influence from all her effort. Over the course of our conversation, the topic of prayer came up and I found myself saying, “Just about any other follower of Jesus can share the gospel with them. You might be the only person on this planet who will pray for them every day. Will you do that?”

In prayer, we invite the God who spun the cosmos into motion to exert his influence. In the mystery of prayer, God teaches us that he moves when his people pray. Somehow, our prayers influence God. Theologians wrestle with this truth; we can marvel at it.

Our greatest influence is found in prayer. And when we pray, we often discover that those who have been faithful to pray are then entrusted with other forms of influence. God entrusts a great deal to those who entrust themselves fully to him.

Will you make the most of your influence? Will you commit to prayer?

3 Traits of a Good Leader

Introverts in the Church: Finding Our Place in an Extroverted Culture

More Than Enchanting: Breaking Through Barriers to Influence Your World