The Goodness of Vulnerability | InterVarsity
Skip to main content

The Goodness of Vulnerability 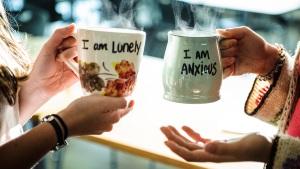 As we sat side by side watching our kids’ practice, he showed concern about an issue with his son. I could relate. I had just been through twelve months of identifying an issue and advocating for my own child. Without hesitation, I shared openly about my struggle. We commiserated and empathized with one another. A few minutes later he said, “Well, since we’re being so honest—and I really appreciate that you are being honest—I’ve been having severe anxiety.”

That sideline conversation is an example of vulnerability—and it’s countercultural. But when we admit that life is hard or that situations leave us feeling exposed, we open up an opportunity for human connections. Brené Brown, author of Daring Greatly, has made vulnerability and authenticity hot topics with her research and TED talks. Even without reading Brown’s writing, though, I can tell you that a value for authenticity in relationships necessitates vulnerability. For me, learning a healthy sense of vulnerability and expressing it to others does a few helpful things.

1. It diminishes unhealthy competition and comparisons.

Comparison is the enemy of vulnerability. If I were competing with that fellow parent over who had the best kid, we could never admit the weaknesses of our situations.

Hannah and Peninnah, the two wives of Elkanah from 1 Samuel 1, are a biblical example of the stifling nature of comparison. Hannah is devastated by her closed womb, and Peninnah jealously taunts Hannah because she is more loved by their husband. Neither acts as a source of strength or empathy for the other. I wonder what might have happened if Hannah had said, “Peninnah, I know I am loved by Elkanah, but I am unbearably sad about my barrenness.” In response, Peninnah might have said, “Hannah, I know I have made Elkanah happy by giving him children, but I feel unloved because you are his favorite.” Sharing vulnerably could have been a bridge in their relationship.

2. It normalizes failure as part of the human experience.

When I think of vulnerability, I also think of Peter and Judas. As humans we are susceptible to failure. Both Peter and Judas had major spiritual and relational failures in the final days of Jesus’ life. Judas handled failure in a terribly final way—by hanging himself. His failure marked his exit from the story. But Peter appeared again with the disciples.

If part of the human experience is failure, then we do not need to run away from it. Sticking around our community after our failures are exposed is hard, but there is reward in this type of vulnerability. It must have been both vulnerable and humiliating for Peter to rejoin the disciples after he carried out the denial that Jesus predicted. But if he hadn’t shown up, we wouldn’t see his interaction with the risen Savior in John 21 where Jesus turns Peter’s three-time denial into his three-time affirmation of his love for Jesus and points him in a new direction.

3. It allows us to be recipients of God’s grace.

I am inspired by Peter’s example and convinced that we too need to learn how to receive God’s grace in our small failures so that we are prepared for the more significant failures. In fact, I think one of the most important roles I have as a parent is to model failure to my kids. It’s a part of life they will have to face, 100 percent guaranteed. I want them to know that as vulnerable, susceptible beings, failure is something we can anticipate. And I want them to know that, as Christians, our vulnerability is our opportunity to receive God’s grace, whether help for our failures or strength for our weaknesses. I want to imitate Peter in this, but it takes some work.

Why Vulnerability Is Hard

In my experience, there are personal, family, and cultural reasons why we shy away from vulnerability. Some cultures tend toward concealment in order to prevent shame or discomfort. Some highly expressive cultures are fairly comfortable with vulnerability, however. My family of origin represents both ends of the spectrum, and neither in a particularly healthy way, so I understand that you may not have a model for healthy vulnerability.

My encouragement to you is to get around folks who embrace their vulnerability in a healthy way so they can model it for you and help you practice it. If you don’t know anyone who can be your model, then use Peter as a starting place, as I have.

In our society, where we cover up failures and weaknesses, there is something prophetic and attractive about living into our vulnerability. Brené Brown has discovered this through her academic research, and I rediscovered it while talking to an acquaintance that day on the sidelines.

Fake Heart Attacks and Real Hope: My Journey with Anxiety

Eating Disorders, Grace, and My Failed Quest for Perfection

What Does God Think of Failure?

Undone: When Coming Apart Pulls You Back Together

When Life Goes Dark: Finding Hope in the Midst of Depression

Lisa Liou has served with InterVarsity on campuses in Michigan, Illinois, and California since 2002.