Just Tell Me What I Need to Know: Church After College | InterVarsity
Skip to main content

Just Tell Me What I Need to Know: Church After College 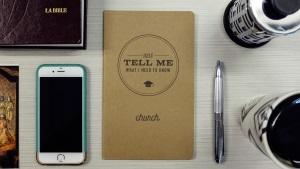 I wish someone had told me that church after college wouldn’t feel like InterVarsity.

There wouldn’t be a small group leader knocking down my door week after week until I consented to go to her Bible study. There wouldn’t be a group of friends on call to pray for hours at two in the morning about whatever relationship problem or global concern was on someone’s heart. There wouldn’t be a staff worker (pastor) at my personal disposal whenever I needed help processing my feelings. And it probably wouldn’t feel as radical about anything—evangelism, social justice, experiencing the Holy Spirit—as I wanted it to.

After I graduated from college, I did two years of service in a tiny, rural community, where I was part of a ten-person church. We all swapped roles most weeks, so I didn’t get a taste of what church is like in mainstream America until two years later, when I moved to Austin, Texas, and joined a 300-person congregation composed mostly of young families and young adults, with a good handful of older folks too. In retrospect, I have nothing but respect and love for the leadership and for the friends I made there. However, as a restless, passionate 24-year-old fresh out of InterVarsity culture, I thought that churches should be revolutionary.

In my small group of twenty-somethings, mostly grad students, I was frustrated week after week when, in response to folks’ prayer requests about stress over grad school assignments, the group facilitators led with gentleness rather than pushing us to be deeper, more missional, more intentional, like my InterVarsity leaders had. At another point, similarly frustrated by patterns I saw among members of the opposite gender in the congregation, I stormed into the pastor’s office to demand that he do something about it. And his response—that it was a complex situation that he couldn’t necessarily address quickly—made me angry. I felt hampered by what I saw as “useless bureaucracy,” annoyed by my own inability to get into a leadership position quickly and make changes, and judgmental of what I considered to be apathy on the part of my fellow parishioners as they went about their daily lives of driving children to school and soccer practice.

In retrospect, what I wish someone had told me is that church after college wouldn’t feel like InterVarsity because it can’t, for two big reasons.

1. A church cares for demographics far more expansive than InterVarsity does.

Churches are made up of children, teens, young adults, the middle-aged, the elderly, and the dying, and with each added life stage, the complexity of pastoral care increases. Pastors have to think about family systems, not just individuals, and they mentor people through decisions like, “What kind of end-of-life care should I choose for my dying father?” or “Should I divorce my husband after he cheated on me the second time?” Many of the life choices that face college students (“What should I major in?” “Should I study abroad?” “Should I date this person?” “Should I wait to have sex?”) are relatively straightforward conversations in the grand scheme of things.

Don’t misunderstand me—the decisions we make between 18 and 22 are undoubtedly some of the biggest decisions we will ever make in our life, because they set patterns of character. Learning to be a socially just financial steward when your income is $5,000 a year working your part-time campus job will translate into the decisions you make with your retirement investments down the line. Choosing not to have sex in college will make sticking to your moral compass in the hairy world of dating after college more of a natural choice. That’s why I work for InterVarsity. I believe that discipleship between 18 and 22 is thrilling and foundational, and college students have lots of energy to process quickly.

But further down the road, as life choices accumulate into biological families, careers, reputations, and deeply set senses of identity, when folks go through major crises, tragedies, and big decisions, change can rock them more, and take longer to sort out.

2. College is a time-sensitive setting; the rest of life isn’t, as much.

Moreover, in a college setting, with its limited time frame, a staff member has two-to-four years to make as big of an impact on a student as they can, and then they’re off the hook: students graduate, and their life choices aren’t really the staff member’s problem anymore (though they may remain friends). And those two-to-four years can be exciting. Baby Christians are evangelizing their college dorm at a prompting from their staff member, and see several friends come to faith, who in turn bring others to faith. It’s so much fun! But pastors are the ones to disciple that same “baby” Christian through their first miscarriage ten years later, when they’re basically out of commission spiritually for a year. Pastors are the ones who walk with folks for (often) decades as they watch children grow up, lose their faith, come back to the church, etc. Pastors are in it for the long-haul, and therefore have to pace themselves!

The opposite is also true: campus ministers have less time to disappoint students than the average pastor will. Many staff workers are young themselves and have not yet gone through their biggest crises. I have now been part of two churches where major crises of leadership took place (pastors being fired because of marriage problems that ultimately led to divorce). Events like this can make all of us cynical about the church, and tempt us to disengage from the hypocrisy. But try to remember that over any given lifespan, major failures will likely occur. Staff members are not immune to this. It’s just that the chances of it happening in your college window are much smaller than for an average pastor, who can remain with the same congregation for years to decades.

The limited time frame of college also affects how leadership positions are doled out. In InterVarsity, a sophomore can be launched into leadership after six months of discipleship because the group needs them to be. In a church, where commitments will hopefully outlive three years, pastors have to take into account the longer-term effects of putting someone in leadership, as well as qualifications for leading a more diverse demographic.

The bottom line is that church happens more slowly, and takes more time. And that’s okay. Life after college is hard and complex. Days feel like they move more slowly. Relationships don’t progress as fast because there is less time to just hang out. Existential meaning can be harder to find. Deep wounds from childhood that people were too busy to notice in college begin to surface. People may go through their first major crisis of faith in their twenties or thirties. Family members and close friends die. People start to break down. Relationships change. And the church is the place they come to when all this happens.

But no church is capable of handling all of that. No human structure can possibly take in the world’s need and fill it with love. Only God can do that—but he invites us to be active participants.

Committing to and participating in the church for your lifetime requires faith, hope, and love: faith to see God’s supernatural activity through the church even when it’s really disappointing; hope to engage, believing it will become better; and love for the church, because she is the bride of Christ, and because he loves her, and because ultimately, you will find his deepest love for you by being part of the family.

Hilary Davis is multivocational, loving her work as a part-time staff member with InterVarsity's Native Ministries while also observing the ways of God as a student at Gordon-Conwell Seminary i

By Erica Young Reitz
Just Tell Me What I Need to Know: Community After College

It’s Friday night. After a long week, you just want to relax—preferably with a group of friends or even just one. The only problem is that there’s no one to hang out with.

By Jason Gaboury
Just Tell Me What I Need to Know: Loneliness After College

It is not good for us to be alone. And yet, in the hands of God, loneliness can transform.