Leaving Ignorance on the Plane | InterVarsity
Skip to main content

Leaving Ignorance on the Plane 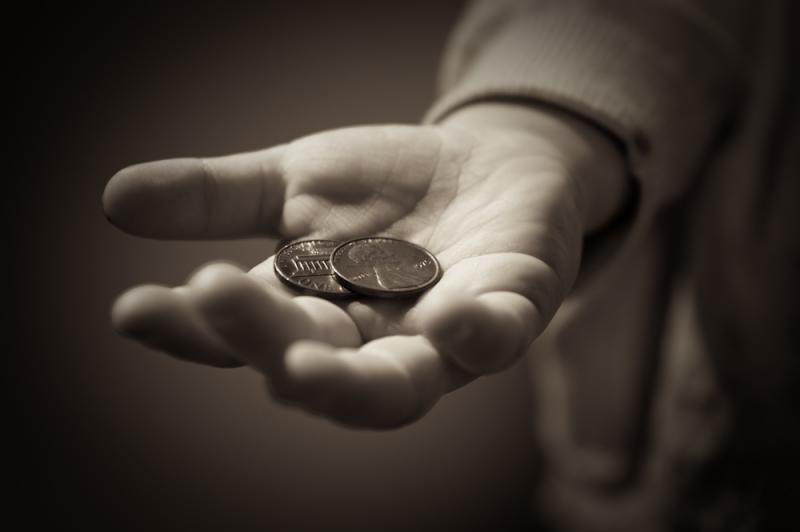 “You can buy a girl for this coin.”

He was holding a twenty-five cent piece. Simple math: two cents You could have an eight-year-old Ethiopian girl for two U.S. cents.

In the summer of 2008, I went on a Global Project to Addis Ababa, Ethiopia with InterVarsity. It was my first time out of the country—my first time really experiencing the world outside of myself.

We were split up among worksites and I was placed at an Ethiopian nonprofit called WinSouls. WinSouls has a multi-faceted ministry; they provide for the homeless, AIDS orphans, former bonded laborers, and child sex slaves. During my time there, I worked specifically with the homeless men, women, and youth, but everyday as I got back to our compound, I heard stories from the group working with former child prostitutes. My heart began to break.

As our trip neared its end, WinSouls took the group out to travel the city at night. We walked the streets of Addis and stopped to talk to groups of homeless people. But as the night wore on, they brought us to South Marcado—the prostitution district.

What I experienced in South Marcado changed me. I had been living in relative ignorance for eighteen years. I didn’t even know people could be trafficked. I always thought prostitution was a choice—a lucrative one—one in which a woman could actually feel empowered. That night, I couldn’t have felt more wrong.

As we walked the miles of tin shacks, the nauseating smell of incense attempting to mask the deeply rooted odors of the city followed me. Young girls stood outside each shack—waiting. Strobe lights flickered—anything to get the attention of men.

I bumped into an AK-47 as we were leaving. I looked up. The police. Prostitution is supposedly illegal. Not that night.

When we finally got back, I crawled into my cot, curled up, ignored my roommate’s concerned questions, and cried. How could this happen? Why is no one stopping this? Where is Jesus?

If you let it, a global project can change your life. And it will do it in the most unexpected and profound ways. Three years ago the word slavery would only conjure up ideas of the African Slave Trade or America’s Civil War. Now I find myself playing a role in the startup of Beza Threads, a nonprofit that seeks to equip and empower other students to fight modern day slavery.

When I came to college, my ambitions weren’t set on nonprofit work or following Jesus—I wanted to be a journalist. I wanted to write, make money, and live comfortably. But as I began questioning where Jesus was in all of this, I began to question myself, and all of that changed. Instead of “how could he let this happen,” I was asking “how could I allow this to happen?” For the first time, I felt a challenge from Jesus. I felt a yearning to follow him to the ends of the earth and I began to dream of revolutionary change like never before.

Autumn Rupkey recently graduated from Drake University in Iowa with a BA in Magazine Journalism. The community of InterVarsity and the words of Pete Grieg have inspired her to live a life much bigger than her own. She dreams of redemption, and pursues revolution. She currently is a freelance graphic designer and partner of Beza Threads.

Follow other InterVarsity students here as they participate in this year’s Global Projects.

Great Post! Thank you for sharing your experiences. I'm an IV staff worker and I plan on sharing this with my students- human trafficking is a huge problem in Utah (as it is in many parts of our country) and our students are just beginning to grasp this and feel challenged by this. Thanks again!

One word: Amazing! Amazing how Jesus works in our lives and through us to be a light onto others.

I'm form Ethiopia. And I

I'm form Ethiopia. And I know. please don't forget to pray about it. funds and Policies cann't change a country only God can. God bless you!

My name is Sara and I am

My name is Sara and I am staff at Ethiopian Evangelical Students' and Graduates' Union of Ethiopia (EvaSUE). Who could've thought we would be very challenged by what happened over there. I am a living witness too. I was on that mission with Autumn and I say I see the world in a different light now. I see a broken world that we expect nothing from, but to just let us light up its darkness. I really believe that God would continue changing the lives of both Ethiopian and American Students through this Global Project. I believe we light up and we know, it is the rule of nature, darkness cannot stand light.