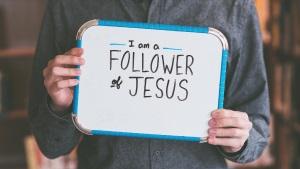 From my earliest memories, my parents taught me to be an atheist. Our home even donned a sign on the front: “The Moores, The Atheists.” They were followers of a philosopher and literary giant named Ayn Rand, from whom I get my first name, “Rand.” Later in life, however, through homelessness, extreme poverty, and drug abuse, my family had brushes with religious people, general do-gooders hoping to help and wanting to share the good news of Jesus with us. In almost every case, these people donned a different sign: “Baptist.” Though I never knew what that meant, I knew from an early age that Baptists were passionate and caring people.

My very first experience with a local church was a small Baptist congregation. That church took us in, housed us, and fed us for months. I’ll never forget going to the children’s Sunday school class for the first time. I remember enjoying the juice and cookies and hearing the story of Moses. When the Sunday school teacher asked the kids, “What would you do if God spoke to you through a burning bush?” I immediately exclaimed authoritatively, “I’d say, ‘Oh my God!’” Not realizing what I had done but seeing the rise it got out of the teacher and other children, I exclaimed louder and repeatedly, “I’d say, ‘Oh my God! Oh my God! Oh my God!’” The teacher yelled, “You are blaspheming—get out of our class!” Later on, my mom asked me how I liked church and I said, “Well, I got kicked out for something called blasphemy but the juice and cookies sure were good!” Though my start in the Baptist church was rocky, thankfully, my connection to the Baptist tradition didn’t end there.

I rarely returned to church from that point until college. But after a powerful encounter with Jesus Christ during an attempted suicide on Christmas Eve while I was at the University of Michigan, I became a Christian and started going to the independent Baptist church my fiancée at the time was attending. What I experienced there as a Christian has made me proud to be a Baptist now for the past 25 years.

Independent Baptist churches are by definition autonomous local bodies, and while many find their way into affiliations and coalitions, the core of what defines our polity is independence. Polity structure, however, does not describe the true essence of independent Baptist churches. The flavor, texture, and fervor is experienced in our mission, our pulpits, our programming, and our great love for evangelism.

Independent Baptists have no headquarters, keep no centralized statistics, and are not governed by anybody but themselves, which, together, make it difficult to assess the current state of Baptist churches. And while there are famous and highly visible independent Baptist churches, America is filled with thousands of less-known congregations that are Baptist in name or spirit, and the above core distinctives are what define them.

Like all churches, however, the Baptist denomination has deficits as well. All too often, churches don’t suffer because of what they don’t have but rather because of the “over-functioning” of their strengths to the detriment of other important kingdom values and practices. Like a body builder who only exercises specific zones of her body, churches often seem overbuilt in some areas and atrophied in others. Baptists suffer from a few key areas of concern, but three in particular really hinder them from impacting the world around them.

The flavor of the independent Baptist church where I attend in southeast Michigan is kind, authentic, welcoming, and saturated with good intentions. In fact, as an elder and leader I like to joke and say, “The only thing wrong with our church is that the B in Baptist isn’t big enough!” I love my church and the people there. We have been investing in our community and the world of missions now for 80 years. From women’s and men’s ministries to Awana, short- and long-term missions teams, and strong Bible teaching, my church is a great place to raise a family, learn God’s Word, and grow friendships with like-minded believers! Most of all, I love the excitement we share for evangelism, for seeing life change, and for people being baptized into the faith! If that is what a Baptist is, then I’ll take my Baptist faith with a bigger B, please!

R. York Moore is the National Director of Catalytic Partnerships for InterVarsity.