More Than a Controversy | InterVarsity
Skip to main content

More Than a Controversy 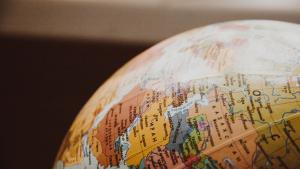 John Allen Chau. It seems like everyone has had an opinion. The opinions have been pretty strong. If you are unfamiliar with the story, on November 17, Mr. Chau was killed by North Sentinelese people as he attempted to make what is thought to be his third attempt to develop relationship with this remote tribe. Contacting the Sentinelese people is prohibited by the Indian government.

Vested in perspectives shaped by history, experience, and relationship, opinions span the spectrum from condemnation to veneration. As has been cited by others, for many Mr. Chau’s death is a symbolic referendum on missions in our era. Like the term evangelical, missions is controversial, weighed down by its own undoing as the tares of triumphalist colonialism were allowed to grow alongside the stalks of the good news of Christ the Redeemer, who has come to set all who are oppressed free. For many inside and outside the Church, the tares of a Western colonial gospel are indistinguishable from the life-giving gospel of Christ Jesus.

The public controversy encircling the core of missions leaves me with questions as a woman. A Black woman. A child of immigrants. Immigrants from a nation formed by people birthed in African nations and then enslaved and carried to an unknown land. A nation still influenced in its independence by the Western colonial Christianity that has ruled formally and informally for centuries. And as a staff member of a Western evangelical organization employed in a position embedded within global missions.

InterVarsity’s publicized vision declares our work to develop “world changers.” What kind of change do we hope students embody? It is my conviction that as imperfect as we are, InterVarsity nurtures women and men who follow Jesus as the Leader of their lives, people who question colonial-washed Christian norms in order to embody lives that honor, commit to serve, walk alongside, and love both humanity on the margins and those at the center. We develop people who use the tools imparted to them for examining Scripture and the Church to form questions whose answers are beyond our grasp. People who initiate new reflections of the kingdom of God embodied on the earth. Alumni like Shabrae Jackson Krieg, who moved into complex situations in a slum community to live and learn from neighbors, while joining with them to create holistic transformation. Or alumni like Reverend Alexia Salvatierra, who embodies Jesus-rooted activism alongside the working poor and immigrants while at the forefront of legislative advocacy. Engagement at the centers of the public square with a “confident pluralism” is illustrated by alumni like John Inazu.

InterVarsity benefits greatly from the gift of relationship with the International Fellowship of Evangelical Students. In that relationship, we can model submission to the counsel and leadership of global partners in the nations to which we are welcomed. When InterVarsity had the idea of initiating short-term missions partnership in a restricted-access country, IFES leaders counseled us to redirect our plans. Majority-world citizens generously provided their knowledge and experience to guide us Americans in the way we should go.

The lived perspective of our global friends challenges, provokes, and expands the faith of both students and staff who are given the opportunity to spend time in overseas culture. For example, we learn much from the legacy of the founding leadership of GBU Rwanda, who were murdered because they publicly vocalized opposition to ethnic-based hatred as incongruent with the gospel. The generation of GBU Rwanda alumni that survived the ethnic-based 1994 genocide are vocal witnesses of the supernatural power of God to heal emotional wounds, reconcile peoples, and reform a nation.

John Allen Chau is not merely an illustrative referendum but an image-bearer of God, a son, and a friend who is dead. This grieves my soul. It’s the same grief that grips my soul as other God-image-bearers like migrants and refugees are dehumanized. The same grief that knots my stomach when the death of another person in America is directly linked to his or her skin color. The same lament for the neighbors who suddenly have no means of feeding their families as their factory closes. This is the world changer we seek to develop through missions. Women and men who allow God to lift their eyes to see, lament, and respond.

Every three years, InterVarsity hosts Urbana, a student missions conference that calls participants to give their whole lives to the Lord and serve in his global mission. Join us at Urbana 18 December 27-31 to worship, lament, and respond to the challenging words of Revelation.

& Justice to outside missions agencies, churches and schools and leads the team in training around intercultural skills and ethnic reconciliation.

Mission researcher Mary Lederleitner shares the real-life experiences of respected women in mission leadership from across the globe, highlighting common experiences, obstacles, solutions, and resilience. She uncovers a set of best practices for leadership that will benefit women, men, and the mission of God.

Overturning Tables
The history of Protestant mission in the world has unfolded in step with the history of the modern marketplace, defining missions success in marketplace terms. Scott Bessenecker points toward a view of missions freed of false attachments to material paradigms and tailored toward a kingdom vision.

Western Christians in Global Mission
Missions specialist Paul Borthwick brings an urgent report on how the Western church can best continue in global mission. Providing current analysis of the state of the world and Majority World opinion, Borthwick offers concrete advice for North American churches who are ready to pursue genuine partnership with their non-Western counterparts.
Login