The Remedy for Sin | InterVarsity
Skip to main content

The Remedy for Sin 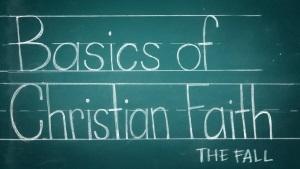 The Bible speaks of sin as both our wicked acts of disobedience to God and our spiritually deadened state of being. These two aspects of sin separate us from God (Isaiah 59:2), estrange us from other people, and induce painful dissociation within ourselves.

The Origin of Sin

The Bible reveals that the first sin in human history was committed by a couple named Adam and Eve. But theirs was not the first sin ever. That wickedness had been committed by an angel of light whose name in heaven was Lucifer. This brilliant being rebelled against God and drew down from heaven a host of angels, all of whom the Bible declares are destined for eternal punishment in a fiery abyss (Isaiah 14:12-15; Ezekiel 28:13-17; 2 Peter 2:4; Revelation 20:10). Lucifer was later called the Satan (which in Hebrew means “deceiver” or “adversary”) by early theologians, such as Justin Martyr, Tertullian, Cyprian, Irenaeus, and Augustine. They believed that Satan had manifested himself as the Serpent in the garden of Eden. While the inference seems reasonable that the Serpent was indeed Satan, the Bible does not make such a conflation explicit.

Nevertheless, the traditional interpretation of Genesis 3:6 and 7 is that Satan, manifesting himself as the Serpent, tempted Eve to eat from the tree of the knowledge of good and evil. Genesis records the temptation in this way: “When the woman saw that the fruit of the tree was good for food and pleasing to the eye, and also desirable for gaining wisdom, she took some and ate it. She also gave some to her husband, who was with her, and he ate it. Then the eyes of both of them were opened, and they realized they were naked; so they sewed fig leaves together and made coverings for themselves” (Genesis 3:6, 7).

Together, our first parents chose to violate God’s sovereignty. Their disobedience, not unlike Lucifer’s initial rebellion against God in heaven, was essentially an act of idolatry, a preposterous attempt to “be like God” (Genesis 3:5), an act which resulted in not only their banishment from Eden and subsequent sufferings and physical death, but also and more disastrously their spiritual death—that is, eternal separation from God.

The Transmission of Sin

Separation from God is now our human condition at birth, a condition that consists of two aspects—original sin and imputed sin. Original sin is a familiar concept in traditional Christianity, even though that phrase for sin is neither found in the Bible, nor taught in every church today. Similar to the doctrine of the Trinity (a word that also does not appear in Scripture), the doctrine of this sinful state of being is derived from numerous biblical passages, such as 1 Corinthians 15:22, Romans 5:12-21, and Psalm 51:5, where King David states, “Surely I was sinful at birth, sinful from the time my mother conceived me.”

While original sin is inherited by us, imputed sin is attributed to us. The word rendered from the Greek New Testament as “imputed” is a legal term which essentially means to take the status of one person and give it also to someone else. The doctrine of imputed sin says that since Adam and Eve represented all of humanity, when they sinned against God, we sinned also. Consequently, we have inherited not only their original sin, their corrupted human nature, but also their legal status of guilty, imputed (attributed) to us because of our shared humanness with them.

The Bible takes sin seriously. So did the early church, which considered sin not only a state of being but also wicked behaviors. Within the category of wicked behaviors, sins of commission are different in type from sins of omission. Basically, a sin of commission is our disobeying a negative command of God, a “thou shalt not” (in which case, we know what is wrong, but we do it anyway), while a sin of omission is our disregarding a positive command of God, a “thou shalt” (in which case, we know what is right, but we simply refuse to do it). So even if it were possible for us to never act wickedly but only disregard what is right, we are still guilty of sin, since by disregarding what is right we fall short of God’s standard of righteousness.

Nevertheless, Scripture insists that “the wages of sin is death” (Romans 6:23) and that “there is no one righteous, not even one” (Romans 3:10). So all people are guilty and deserving of God’s punishment. And despite people’s pretensions to self-sufficiency, none of us can save ourselves from sin or acquit ourselves of guilt. But thanks be to God, Jesus Christ gave us a remedy for our sin and a way to experience the progressive healing of our corrupt human nature.

The Remedy for Sin

As the disobedience of our first parents resulted in our sharing their sinfulness, so did the obedience of Jesus Christ through his death on the cross result in our justification before God. But, it must be emphasized, his atoning death is only made effective in our lives when we trust in him alone as our Savior (John 14:6). When we believe that Christ’s death on the cross was our death to sin, God no longer considers us guilty and deserving of punishment (Romans 3:21-26); instead, he embraces us as his children and as full-fledged citizens of his heavenly kingdom (Philippians 3:20).

Furthermore, as God’s children and as citizens of his kingdom, we are not only legally acquitted but progressively sanctified. The apostle Paul explains in his letter to the Corinthians, “But you were washed, you were sanctified, you were justified in the name of the Lord Jesus Christ and by the Spirit of our God” (1 Corinthians 6:11). When we become Christians, our imputed sin is pardoned once and for all, and our sin nature is progressively transformed to reflect the character of Christ through the indwelling presence of the Holy Spirit.

One of the paradoxes of Christian faith, however, is that while we are in this fleshly body, we are both forgiven sinners, free of guilt before God, but also sinful—that is, still capable of sinning. While God sees us as no longer guilty of original and imputed sin, having redeemed us through Christ, we can still be tempted to disobey God. Though we abide in Christ, we are not yet fully sanctified by Christ, an experience that even the apostle Paul admitted to when he wrote:

So I find this law at work: Although I want to do good, evil is right there with me. For in my inner being I delight in God’s law; but I see another law at work in me, waging war against the law of my mind and making me a prisoner of the law of sin at work within me. What a wretched man I am! Who will rescue me from this body that is subject to death? Thanks be to God, who delivers me through Jesus Christ our Lord! (Romans 7:15-25)

Thanks be to God, indeed! For despite our weaknesses, we have hope. But in the Bible, we find that this hope includes an admonition: “Today, if you hear his voice, do not harden your hearts as you did in the rebellion” (Hebrews 3:15). But confess and repent of your sins, for “if we confess our sins, he is faithful and just and will forgive us our sins and purify us from all unrighteousness” (1 John 1:9).

So even when we fail to walk in obedience to God, if we turn again from sin to obey God’s voice speaking to us in Scripture, we have good reason to hope. For despite our failures, God promises us unmerited forgiveness and progressive renewal through Jesus Christ—the remedy for sin.

Reading Romans with John Stott, vol. 1
John Stott's teaching on Romans reveals how its message transforms our thinking and convicts our hearts as we discover the power of the gospel for every area of our life and our world.

Reading Romans with John Stott, vol. 2
John Stott's teaching on Romans reveals how its message transforms our thinking and convicts our hearts as we discover the power of the gospel for every area of our life and our world.

Over the next few days, many of us will look more closely at the cross than we normally do. But we will likely not linger there long enough.