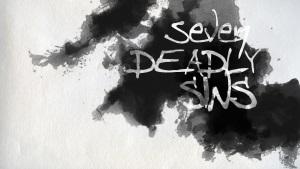 Eating has always been an enjoyable experience for me. The phrases “I’m full” or “No thanks, I’d rather not have that chocolate cake” were never in my vocabulary.

I still vividly remember a day in preschool when my teacher passed out goldfish crackers to the entire class for our afternoon snack. After about 30 or 45 seconds, I had consumed my entire plate of delicious, blissful golden crackers. But then I stared at my plate, horrified, as a new realization came upon me: all of my salty, crunchy, cheesy crackers were . . . gone.

I looked around the classroom. The rest of the kids were still happily crunching their cheesy goldfish crackers. My sadness grew. Actually, what I felt was more like panic. So I uttered the magical words in a lament-like tone to my preschool teacher: “Can I have more? I’m still hungry!” I felt like I needed to justify my request for a second helping.

My teacher gave me a look that communicated, You’ve had enough. After a couple seconds, though, she reluctantly grabbed the box of goldfish and poured me out some more. My joy was restored.

Full But Not Satisfied

I’ve enjoyed food my whole life. And enjoying food is not a bad thing. In Scripture, eating food and feasting are often used as metaphors for the good news of God’s kingdom (“Taste and see that the Lord is good!” Psalm 34:8).

But often when I was hungry, I would eat . . . and then I would keep eating, long after my stomach was yelling, “Okay, I’m full now!” And that, essentially, is the definition of gluttony: the act or habit of eating or drinking too much.

The main reason for my overeating stems from my childhood. When I was growing up, eating made me feel good. When I stopped eating, I stopped feeling good.

Before I knew it, overeating had become a habit.

For example, I was particularly susceptible to overeating during my snack after school. One of my favorite snacks was Oreos, and after I had consumed a normal serving size of two, I would often reach for two more, and two more, and so on, getting up multiple times to return to the cookie jar.

Obviously, a doctor would not approve. But more than just my physical health was at stake.

As I’ve gotten older, God has shown me that gluttony can also be defined as “habitual greed,” which can apply to many areas of our lives, not just food. It’s a behavior that consumes our time, energy, attention, and resources, drawing them away from the things that God would have us spend them on.

It also keeps us from experiencing the fruit of the Spirit of self-control.

If God is the source of life, and gluttony leads us away from God and the fruits of his Spirit, it makes sense that it’s included in the list of deadly sins.

Today, after 20+ years of living with gluttony as my “normal,” God has invited me to start exercising my ability to choose a new normal. With his help and the accountability of a community, I’m tackling the root of my gluttony, rather than seeking some quick fix or crash diet.

My ultimate goal is to consistently practice the spiritual discipline of eating only what I need. And I plan to do this for three years. It requires a lot of work and discipline and accountability.

Over the past year, I’ve been meeting weekly with a group of friends who are focused on the discipline of eating healthily and with limits. As part of that, I record what I eat every day and am accountable for my current weight each week. The community is a place of grace, patience, and empathy. On days when I want to give up and go back to my old habits of overeating, they encourage me. They challenge me too, but they also celebrate with me over the steps I’ve taken toward self-control. And ultimately, they remind me that I am not alone in this process and that there is always hope.

I’ve made progress and, yes, I’ve lost some weight . . . but this new way of living still takes a conscious effort on my part. I’m starting to experience the many rewards, though—things like having more energy, feeling better physically, not getting sick as often, and being able to run and play with my two-year-old niece. I’m also able to process my emotions in productive ways, instead of just through food.

Learning self-control in any area is hard. Choosing new habits and new ways of living takes practice, humility, and a desire to learn and change. It requires community and accountability.

I think I’ve only just begun to understand and appreciate the goodness of limits. I still have a lot to learn . . .  and unlearn. But as I work at it, I am encouraged by the words of Psalm 16:6: “The boundary lines have fallen for me in pleasant places; surely I have a delightful inheritance.”

Evagrius, a fourth-century monk, created a list of eight common sins to help people be aware of them and guard against them. Pope Gregory I reduced the list to seven in the sixth century, providing us with what we now commonly refer to as the seven deadly sins: sloth, anger, envy, pride, lust, gluttony, and avarice/greed (Michael Mangis, Signature Sins). This is the second post in our series on these seven sins, explaining what they are, how they affect our relationship with God and others, and how we can move past them. 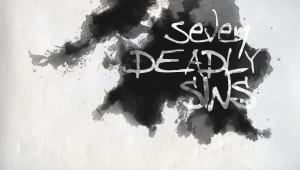