Surprised by God: Letting Go of Everything & Receiving Twice as Much | InterVarsity
Skip to main content

Surprised by God: Letting Go of Everything & Receiving Twice as Much 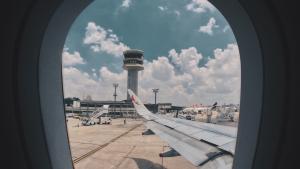 “Do you want to go to Hawai`i?” Assuming that my boss was asking about a supervisory visit to Hawai`i, I eagerly said yes. Then she explained that she was asking me to help replant InterVarsity’s ministry because there were only two students left. Because I was creative at starting new things, she asked if I would accompany the two other staff who would be sent. I thought I would go for one semester and then come back to my home in San Francisco.

At the time, I was single, 37 years old, and very established in San Francisco with a familiar home church and 14 years of fruitful ministry at San Francisco State University. I lived with some of my closest friends and was surrounded by family and lifelong friendships.

Knowing that I should seek counsel about this decision, I asked my family, roommates, friends, colleagues, and even students about the potential of this big move. Unanimously, I was told that it was a great opportunity.

As I was praying with a close friend, she told me that she discerned that God was sending me to Hawai`i for a long time, so I thought I was going for a year.

I also asked God to confirm this decision through Scripture. He spoke clearly to me one day from John 5. The Lord asked a man who was crippled for 38 years if he wanted to be healed. I knew that I struggled with overdependence on others and sensed God telling me that if I wanted to be healed of that, I was to pick up my mat and walk. That meant leaving everything that was comfortable and following him by faith to Hawai`i. Though I expected it was only for a year, I felt ripped away from my secure life into the unknown. Many tears were shed as I contemplated this move.

Once during prayer ministry when I was crying about this, I was asked, “What is the most difficult thing about moving to Hawai`i?” I told the prayer minister it was the pain of losing all of my relational support. She then spoke a prophetic word over me and said, “God will double what you have now in support if you take this step.” That sounded impossible, but I was encouraged by this promise from God and took that step by faith.

In July 1992, I moved to Hawai`i along with two other InterVarsity staff. We joined InterVarsity alumni in a house close to the University of Hawai`i (UH). God led me to a wonderful church that was strong in the Holy Spirit’s ministry and had potential for friendships. I had mixed feelings. I was excited about this new beautiful place, but I also felt the loneliness of not being known.

When UH started in the fall, we prayerfully did outreach at the campus center with a new banner and a tasty “local” snack, hoping for the best. Groups of students hung out together, but only a few students from outside of Oahu would come by our table. We felt isolated, like fish out of water, but responded to those who showed interest. Though I was very familiar with an Asian context and had many cross-cultural experiences in ministry, I felt displaced and very awkward in this new island culture.

We started a weekly dinner and fellowship time at our home on Friday nights and gathered a small group of students. Building the ministry was very slow, and our diverse group was far from flourishing.

I remember my first Thanksgiving weekend. Wednesday night I went to Waikiki, Thursday we hosted a Thanksgiving lunch and watched movies, and Friday I drove around the island. I saw everyone I knew, went everywhere I could go, and still had two more days with nothing to do. It was hard.

One afternoon in March, the two staff, who I lived and worked with, told me that they had romantic feelings and hoped to be married in the summer. I was devastated. My worst nightmare happened. It was already difficult for me when a housemate got married. But now two of my housemates were getting married, and I remained alone, forgotten by God in my deepest longing for companionship. Our new team of three had a huge conflict. I was upset and not ready for them to be married that summer, and they were hurt that I could not share in their joy. Trust was broken, and I felt that we could no longer work together. I stayed up most of that night crying, praying and pondering my next move. Though I was hurt and devastated, I was not ready to leave Hawai`i and wanted to stay for another three years to disciple the students who we had gathered. In the morning, I told my staff colleagues that I would stay in Hawai`i but move out of the house. I thought I would have to live in a small apartment under the freeway with lots of cockroaches. But God provided much more. I joined two Christian women and shared a house with them for three years.

Two years after I arrived, God allowed me to meet a young Native Hawaiian freshman. For two years, she was too busy to be involved. Finally, we had a small awkward leadership team that met on Sundays, and I drove across the island to pick her up and drive her home. InterVarsity Hawai`i started changing. As a local Hawaiian student, Moanike’ala Nanod-Sitch was able to help reach locals and Polynesians. For the last 20 years, she has been ministering alongside me on InterVarsity staff and is my best friend. Under her leadership, InterVarsity’s first Pasifika fellowship, Hui Poly, was started. Hui Poly shared an original song at Urbana 15. As I’ve entered into Hawaiian culture, experienced their unique gifts and deep mutual friendships, my life with God is richer and filled with greater joy. For the last 15 years, Moanike’ala has also led Christians into the activist Hawaiian community to listen so that we can mutually benefit. This cultural immersion has not only transformed lives, but it has greatly affected InterVarsity beyond Hawai`i.

God has given me the privilege of seeing countless students of all ethnicities transformed by God’s aloha in community. They continue to share God’s aloha on the campus, in the islands, and across the nations.

Over the last 27 years, God had grown InterVarsity’s ministry in Hawai`i to reach students on four islands with multiple fellowships on Oahu, including our new ministry on Kauai. Our staff and volunteers are mostly  “locals,” including four full-time Native Hawaiian staff. God has greatly increased my faith, joy, and love as I have seen him powerfully at work in Hawai`i.

Moving to Hawai`i pushed me to be more dependent on God, and I am thankful that my intimacy with God has grown greatly. On a deep level, I know that he loves me and has good things for me. I’ve grown in being honest with God, listening to him speak and enjoy the freedom from searching for people to make me stable and whole.

There have been many ups and downs in my life and ministry with InterVarsity in Hawai`i. I lived in community houses with over 100 housemates that included single women, men, and families, including the family of the staff couple I first came to Hawai`i with. God has stretched my faith as I trust him to provide housemates in times of transition, but he is always faithful.

But God keeps multiplying my experience of family. His prophecy to me when I first left for Hawai`i has come true. In a surprising way, many of my relationships in the San Francisco area have continued to grow and flourish. And God has given me much more family and relationships than I could have dreamed would happen in Hawai`i. God indeed has doubled my support both in San Francisco and Hawai`i. #kingdommath

“Everyone who has given up house or brothers or sisters or mother or father or children or property, for my sake and for the Good News, will receive now in return a hundred times as many houses, brothers, sisters, mothers, children, and property—along with persecution. And in the world to come that person will have eternal life.” Mark 10:29–30

Brenda has spent over 44 years leading, discipling, and developing InterVarsity students and staff in San Francisco and Hawai`i. You can support her ministry at https://donate.intervarsity.org/donate#17.

Beautiful story, Brenda! Your disappointments were far exceeded by God’s fulfillment. So happy to have walked a small part of this meandering life with you in it! May the blessings never end.

By Stephanie Fredrick
Unexpected, Unplanned, & Uncertain—Walking with God Through Change

Change and transitions sometimes happen at unplanned times. Read how one InterVarsity staff learned to rely on God through change, rather than relying on her planner.