The Truth About Eating Disorders | InterVarsity
Skip to main content

The Truth About Eating Disorders 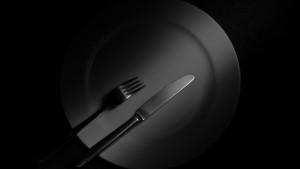 For the first twenty-two years of my life, I had a very normal relationship with food. And, though I knew a few people who’d had eating disorders, I didn’t really understand what caused them.

Then I developed one myself. It wasn’t until I started processing my own journey and heard stories from others who’d suffered for years that I began to realize how incredibly complex and multifaceted eating disorders are.

So, for those of you who may have friends or family wrestling with an eating disorder, here are a few realities to counteract the misperceptions you might be believing.

People of all ages, genders, and sizes have eating disorders.

The images that tend to stick in our minds when it comes to eating disorders are those of anorexic, emaciated teenagers. But that’s a false representation of the scope of the illness. Those with bulimia often appear to be a relatively normal weight, and people with binge eating disorder tend to be overweight. Not to mention the fact that it’s not just females who are affected; millions of men in the U.S. will suffer from some type of eating disorder in their lifetime.

Eating disorders are not about vanity.

The behaviors are a symptom of deeper issues. My descent into anorexia was precipitated by the convergence of high stress, my own perfectionism, an unhealthy relationship, a lack of community, and an intense identity struggle. Others who I was in treatment with had experienced sexual abuse, the divorce of their parents, or brutal teasing as a child. Hyper-focusing on the body and food serves as a distraction from painful emotions like fear, guilt, self-hatred, or insecurity, and provides a sense of order and control in the midst of a life that feels chaotic or unbearably scary.

Eating more or less does not fix the problem.

While there is obviously a very physical component to eating disorders, and while developing healthy eating habits and perspectives is part of the recovery process, much more of the work of recovery involves resetting the destructive patterns in the brain that get so ingrained—patterns that involve rational thought as well as emotions.

In essence, eating disorders are a type of addiction; they’re just an addiction to a behavior, not a physical substance (though those with eating disorders often suffer from other disorders as well, such as depression or coaddiction). Restricting, bingeing, and purging provide a form of escape that helps a person feel a (short-lived) sense of relief or power. So the behaviors get repeated over and over and over again, until the cycle of fear/pain-temporary relief-shame becomes automatic.

Added to that, however, is deep deception. The voice of the eating disorder becomes the law to someone struggling; you believe every lie it tells you—and everything it tells you is a lie. Lies like, You’ll never be able to cope with your life without an eating disorder or You don’t deserve to eat today or You know you’re not strong enough to stop yourself from bingeing, so why even try to fight it? The more I listened to the lies, the harder it became to refute them or disobey the voice in my mind, until I began to order my days—and my life—by the rules that would keep the harsh judgment and condemnation at bay.

Recovery from an eating disorder therefore involves not just learning to have a right relationship with food but also recognizing the emotions and circumstances that caused the eating disorder, finding healthy ways to express those emotions, and coming to believe the truth about food and the body to counteract the lies you’ve believed.

Eating disorders can cause long-term damage.

Even if someone recovers from their eating disorder emotionally, their body could suffer permanent damage. Anorexia can put strain on the heart and kidneys and lead to osteoporosis and infertility in women. Binge eating can cause diabetes, heart disease, and high cholesterol. And bulimia can do serious damage to the intestines, esophagus, and mouth. Which is why it’s imperative that people struggling get help sooner rather than later.

Recovery is usually long and slow and hard—but it’s possible.

Often the struggles that we know feel safer than the freedom we don’t know. I hated the power the eating disorder had over me, but I couldn’t picture the goodness of life without it. So I continued on in my “safe” cycle—a cycle that was slowly killing me in spirit and, to some degree, physically.

In addition, eating disorders often become a central piece of a person’s identity. Losing weight felt like the only thing I was good at (that was lie #65), so giving that up felt incredibly scary. It’s required a lot of internal work on my part, with ongoing guidance, support, and accountability from therapists and dietitians. I could never have continued on in the path to health without the help of wise and grace-full professionals.

Indeed, the path toward recovery often starts with friends and family, not professionals. We need you to notice the symptoms and ask about our pain. And we need you to not wait to speak up. Eating disorders are serious, and they thrive in secret. If a friend resists help or denies they have a problem, keep tracking with them, and recruit professional help if needed.

You can’t bring full health and healing to someone on your own, but you can play an integral part in their healing journey. Friends and family have done that for me—and I’m well on my way to recovery because of it.

One in four adults—about 61.5 million Americans—wrestle with mental illness each year, and 13.6 million live with a serious, ongoing illness such as bipolar disorder or major depression. October 6 to 12 is Mental Illness Awareness Week, so we’re posting stories and tools over the next few days to foster conversation and break down misconceptions about mental illness. As you read, may you be encouraged in your own life and better equipped to help others in the journey.

Thank you for sharing Lisa!

Thank you for sharing Lisa! Eating disorders are so sinister, particularly the way they interact with shame and self-anger. My family has its own history with them and their destructiveness cannot be overstated. -- Drew

Thanks for sharing this Lisa.

Thanks for sharing this Lisa. It's especially helpful to hear that family and friends shouldn't wait to speak up. Sometimes good manners aren't helpful.

Lisa, thank you for your

Lisa, thank you for your vulnerability here. And for honoring the complexity of the suffering associated with eating disorders. You are a wonderful voice and advocate.

By Lisa Rieck
Eating Disorders, Grace, and My Failed Quest for Perfection

A woman I know has a habit of naming her years. Come January 1, she’ll choose a word for the year ahead—something she’d like to be true of the coming months, such as community or adventure or love. If I were to go back and name the past ten years of my life, most of them would share the same few words: Judgment. Guilt. Fear.

Table in the Darkness
Self-critical thoughts drove Lee Blum to an eating disorder and addictive behaviors. Eventually, she found herself hospitalized with clinical depression.
Login