What Difference Does Prayer Make in the World? | InterVarsity
Skip to main content

What Difference Does Prayer Make in the World? 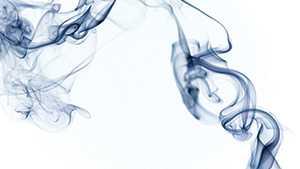 In April, I traveled to Assisi with a group of new and old friends to ponder the lives of St. Francis and St. Clare. We walked the streets, reflected on the San Damiano cross, hiked up Mount Subasio to the hermitage where St. Francis and other monks of his order would retreat, and peered into rooms where St. Clare prayed for hours.

And, truth be told, even while we were inspired by the lives of these faithful monastics, we wrestled with aspects of Clare’s life as a cloistered nun—one who spent her life inside the walls of a church. St. Francis lived a life of deep prayer and fasting and outward action—preaching, caring for lepers, and even what appeared to be some winsome friendship evangelism with Muslims. As a female, however, the options for St. Clare were more limited. She couldn’t preach or work with lepers, for propriety’s sake. So she took the same vows of poverty, chastity, and obedience as St. Francis but lived them out secluded from the world, behind the doors of San Damiano, the church where Francis sensed God’s call on his life.

Our group was made up of good twenty-first-century Christians who are engaged in our churches and communities. Several of us have a heart for the disenfranchised. Several of us also work in full-time ministry. We are firm believers in the apostle James’s piercing question, “What good is it, my brothers and sisters, if someone claims to have faith but has no deeds?” So we could enthusiastically applaud Clare’s vow of poverty (so twenty-first-century of her to live incarnationally!) and her vow of chastity (so brave and feminist of her to not marry!). But how could a vow to obedience result in seclusion and only prayer, without some type of outward action—what James would consider “deeds”—in the world as well? Her life of prayer seemed more like withdrawal from the world than being a bearer of God’s kingdom. In other words, it looked very safe, unencumbered by the suffering and injustice occurring outside the walls of the church.

I came home from Assisi feeling like St. Clare (and other cloistered monastics) must believe something about prayer that I, apparently, do not.

First, let’s be clear about an important point: obviously, a call to live a cloistered monastic life is a very specific call that some people receive and others don’t. It’d be wrong for someone who hasn’t sensed that call to pursue that way of life, in the same way that it would have been wrong (disobedient) for Clare to not take the vows she took, so deep was her sense of God calling her to be set apart for him. I am not suggesting that those of us who haven’t received that call should lock ourselves in a prayer closet all of our waking hours when we’re not at work.

And yet, I think those of us who live Christian lives out in the world have a lot to learn from the cloistered monastics about prayer. Here are three suggestions.

1. Prayer transforms us, and our individual transformation does bring change in the world.

St. Francis put it even better: “Sanctify yourself and you will sanctify society.” It feels so much more glamourous and enticing to go sanctify society first, right? I’d much rather work on problems “out there” than have to face my own sin. But how can we even know what true justice and mercy are—much less how we are called to live them out in the world—unless we are first people whose hearts have been changed by God to love those things? Disciplines like fasting, solitude, and silence create space for God to search our hearts and reveal our biases, our hatreds, our pride—all our acts and attitudes of disobedience that contribute to the world’s injustices and brokenness.

And though Clare was not living out in the world, she was living in deep community with other women. The personal transformation they experienced in prayer—the ways they learned to ask for forgiveness and forgive, to sacrifice personal desires for the good of the group—was part of what made such intimate community possible. Their commitment to spiritual depth and the ways that affected community life can serve as a model for us as we live in and serve our own communities.

I’m not suggesting here that the prayers we pray while we’re driving or standing in line at the grocery store or stepping into a job interview do not matter. But if those are the only times we pray, we probably won’t see much transformation in ourselves. What cloistered monastics model so well for the rest of us who live busy, distracted lives is the importance of focus—focused attention and time on the Maker of time itself.

Most Christians would say we love time with God and want more of it. And yet, do we rearrange our schedules to get it? More often than not, we don’t. I’m guilty of it too. It’s hard to say no to texts (and the phone itself), emails, music, laundry, Netflix, and work and “simply” sit in silence in order to create space for the Holy Spirit to do deep soul work in us. This soul work takes time. And intention. And commitment over time—all things St. Clare demonstrated by stripping her life of anything that might distract her from God and his will.

Monastics understand this modeling as part of their calling. Their schedules are built on regular prayer; they fit in whatever else needs to be done around that. On the website for Mount Athos, a self-governed peninsula in Greece that has been a seat of Eastern Orthodox monasticism for years and which is home to 20 monasteries, they state, “The monk can be an inspiration for the common man not so much as to follow him in his ‘calling’ but to follow his example with regard to respecting God’s will, strengthening his belief in God, ‘reviewing’ his habits and ‘rearranging’ his values and priorities in life.” We would do well to take the cue of these pray-ers and build some regular silence and solitude into our life.

3. Prayer is the most important action we take for the world.

If I’m honest, I have a hard time believing this one (and I almost feel like a heretic to say so). But do I really, really believe that my prayers for the world matter more than my action?

I’m not saying, of course, that our actions don’t matter. They absolutely do. Our action is part of our obedience as followers of Christ.

Do I really believe that change would come if I stopped my “actions” and “just” prayed for reconciliation and justice and provision for those in need? And do I really believe, when I am working for justice, that it’s actually God who brings about the change, and not me? Most of the time, I’m not sure I do.

Clare saw prayer as her action in the world. This is clear for present-day monastics as well. One group of Poor Clares (followers of Clare’s order) in Mission, British Columbia, Canada, describe their mission this way:

Our prayer is our mission in the Church and in the world. It touches every person and lifts up the whole earth into the merciful heart of God. . . . The many requests for prayer and the gratitude expressed by those who have received graces through our prayer keep us in touch with the personal needs and sufferings of our world. We are also concerned about the many political, national and international crises that call for prayer and sacrifice. One of the greatest joys of our way of life is to know that so many persons are praying with us and for us.

For monastics, prayer is a way of doing battle for the world. They keep watch (often literally through the night) for specific and global prayer requests, believing that God will bring about his will in those situations—and often seeing him do it (or hearing about him doing it). It’s said that God miraculously saved the city of Assisi from attack by enemies twice through the prayers of St. Clare and her sisters.

Again, I’m not saying we should stop acting in the world and simply stay inside and pray. But I wonder if we twenty-first-century Christians would be willing to let God search our hearts and tell us if we really think the action we take is his mission/work/ministry/justice, or if we’ve become addicted to our own importance in his mission. If monastics leaned toward 24/7 prayer, and many Christians today lean toward more action than prayer, could we find more of a balance? Could we move toward praying as much as we “take action,” without being legalistic? And ask God to remind us of our dependency on him, every day, for any good to come about in us and in the world? The monastics disabuse us of any belief that our work matters more than God’s.

I’ll still keep working to see God’s justice come to the broken places of our world, particularly in the area of racial inequity. That is part of my calling. But prayer is just as much a part of my calling too—prayer for God to heal my own brokenness and sin, and the world’s. I want this prayer of St. Clare’s to be true of me too:

Love enfolds
It is no longer I that live, but Christ that lives in me.
I am secure in the Lord.
I can look out, now, through the Lord’s eyes.
I can see the world as He created it, in His mercy,
I can see my sisters and brothers with His love,
and I can worship the Father through the eyes of the Son
in the Love of the Holy Spirit.

Pray for the World
This timely and accessible prayer guide is an abridged version of Operation World, the leading resource for people who want to impact the nations for Christ through prayer.
Login