“I Am Worn Out from My Groaning” 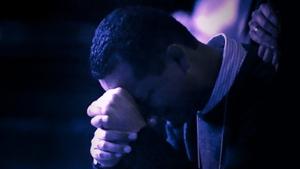 “I am worn out from my groaning.”

Those words from Psalm 6, written so long ago, are an apt description of our souls after the violence in Charleston last week. But the exhaustion is not just from Charleston. It has been a long year, with so many incidents of racial violence, accompanied by so much grief and pain.

Many people think we are living in a post-racial society, where there is no longer systemic injustice to fight. With a Black president serving in his second term, they reason, we are well past the Civil Rights days of Martin Luther King Jr. But the events of the past 12 months have disabused us of that notion. Racism is real. Systemic injustice is real. They are widespread, and still deeply ingrained in the fabric of the United States. And they are evil. To call what happened in Charleston anything else is to ignore the truth.

InterVarsity’s Black staff and students—who themselves are often in churches during the week, serving and praying as the nine killed in Charleston were—are especially exhausted. But, even beyond that, they are traumatized. They’re angered and hurt by the seeming lack of understanding about and acknowledgment of the reality of systemic injustice. Their souls are, as Psalm 6 puts it, “in deep anguish.” Every incident of racial discrimination heightens the fear they live with quietly every day and makes it harder to have hope that change is possible.

For InterVarsity, lament is starting to feel like a staple of the year. Many of our campus chapters have led and participated in public and private laments throughout the past 12 months, crying out to God for reconciliation and justice and hope. At our Multiethnic Staff Conference in March, Asian American, Black, White, Latino, and Native American staff spent an evening lamenting the brokenness and division that exist in our world, our country, the campuses we serve on, the students we lead, our organization, and our own hearts. And this week, our 130+ new staff who are gathered in Madison for ten days of training lamented and mourned for Charleston. We are asking, with the psalmist, “How long, Lord, how long?”

We’ve been asking that question since our early days as an organization in the 1940s. Multiethnicity has always been important to InterVarsity. Developing staff of all ethnicities and reaching students from every culture and background have continually been a high priority. We have not always pursued these goals perfectly, but we have continued to press forward through difficult conversations, misunderstandings, and deep hurt and pain.

By God’s grace we have persevered thus far—but not because we want to simply look like a multiethnic organization or because we want to attract more students to our chapters. We have done the incredibly hard work of building a multiethnic organization because reconciliation is at the heart of the gospel, and the call to be reconciled to each other—to honor each other as ones made in the image of God, all with unique gifts and talents that are necessary and valued, and to see each other as true brothers and sisters in Christ—is essential to be true followers of Jesus.

So we don’t lament simply because we have Black colleagues in the room. We lament because God calls us to grieve the evil in the world. We lament because our Black staff members are our friends, our brothers and sisters, our partners in ministry and supervisors and mentees, and they are in deep pain. We lament because systemic injustice breaks God’s heart, and we want to enter into the Father’s grief over the sin that sent his Son to the cross. And we lament because we want to be part of God’s work of setting this world right—of restoring his creation to the way it is supposed to be, with true equality and justice for all—and that work starts by acknowledging what should not be.

God’s call to us now as an organization in the area of multiethnicity and reconciliation is still to persevere—to not back down out of fear or exhaustion but to continue to press on in reaching students of every ethnicity, helping them be reconciled to God and to each other, and sending them out into the world as reconcilers equipped to participate in God’s work of setting things right and making all things new.

So we will keep lamenting. We will keep talking about racism and systemic injustice. We will keep building both ethnic-specific chapters and multiethnic chapters that, in different ways, help students understand and accept the goodness of their own ethnicity as well as that of others.

In this, we ask for your prayers. We are thankful for the assurance in Psalm 6 of God’s attentive ear in the midst of our groaning:

The Lord has heard my weeping.

The Lord has heard my cry for mercy;

the Lord accepts my prayer.

Pray for wisdom for us as an organization. Pray, in particular, for our Black staff, who are trying to minister to their communities and students near and far even as they mourn deeply.

And pray for courage. As Ephesians 6 reminds us, “our struggle is not against flesh and blood, but against the rulers, against the authorities, against the powers of this dark world and against the spiritual forces of evil in the heavenly realms.” The forces of evil are strong; Charleston is yet another reminder of that. Pray that we will stand firm in the truth and power of Jesus’ death and resurrection—acts that defeated sin and that point toward the day that is coming, when his perfect justice and mercy and truth will fully reign. May we be faithful to labor with him toward that end.

Father, may your kingdom come and your will be done, on earth as it is in heaven.