The Frog Queen—Using Social Media to Serve Others 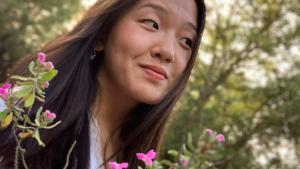 The Birth of a Queen

This past July saw the birth of Instagram’s viral trend of sharing photos of cats, dogs, and even pop star Harry Styles all customized with people’s first names. Joie got involved in this trend when a friend sent her a picture of a cat with a name close to hers, “Joey,” written on it. 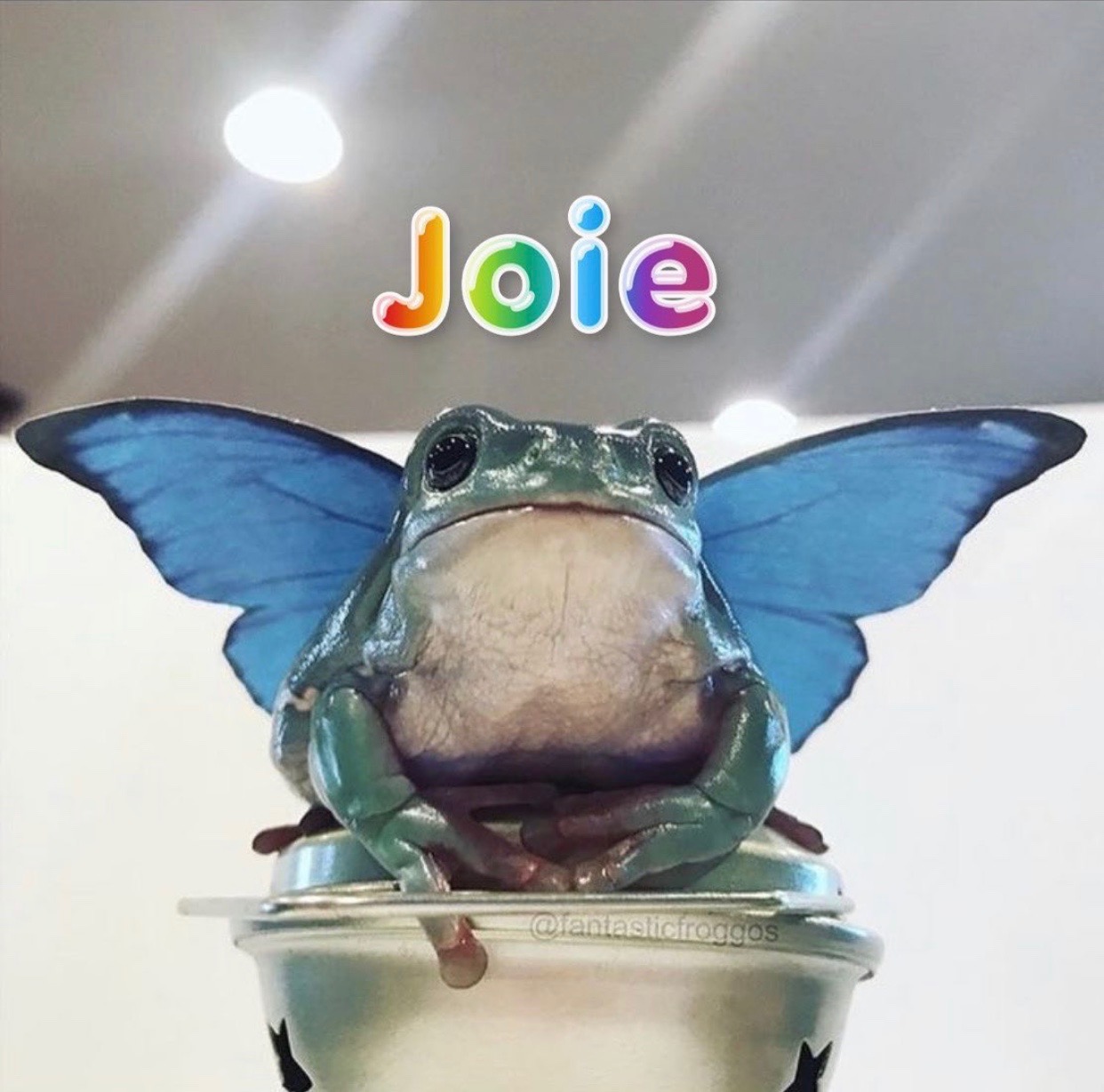 Joie realized that she was not only capable of creating content like this cat photo, but she could create something that would finally have the right spelling of her name and could do the same for others. Names are diverse, and for people with names outside of the majority culture or with unique spellings, Joie “wanted to give people the keychain they never got.”

To say that @what_frog_you_are grew rapidly would be an understatement. Joie’s account went from 200 followers in its first day, to 10,000 followers on its second, to reaching an incredible 200,000 frog-loving followers in just under a week. 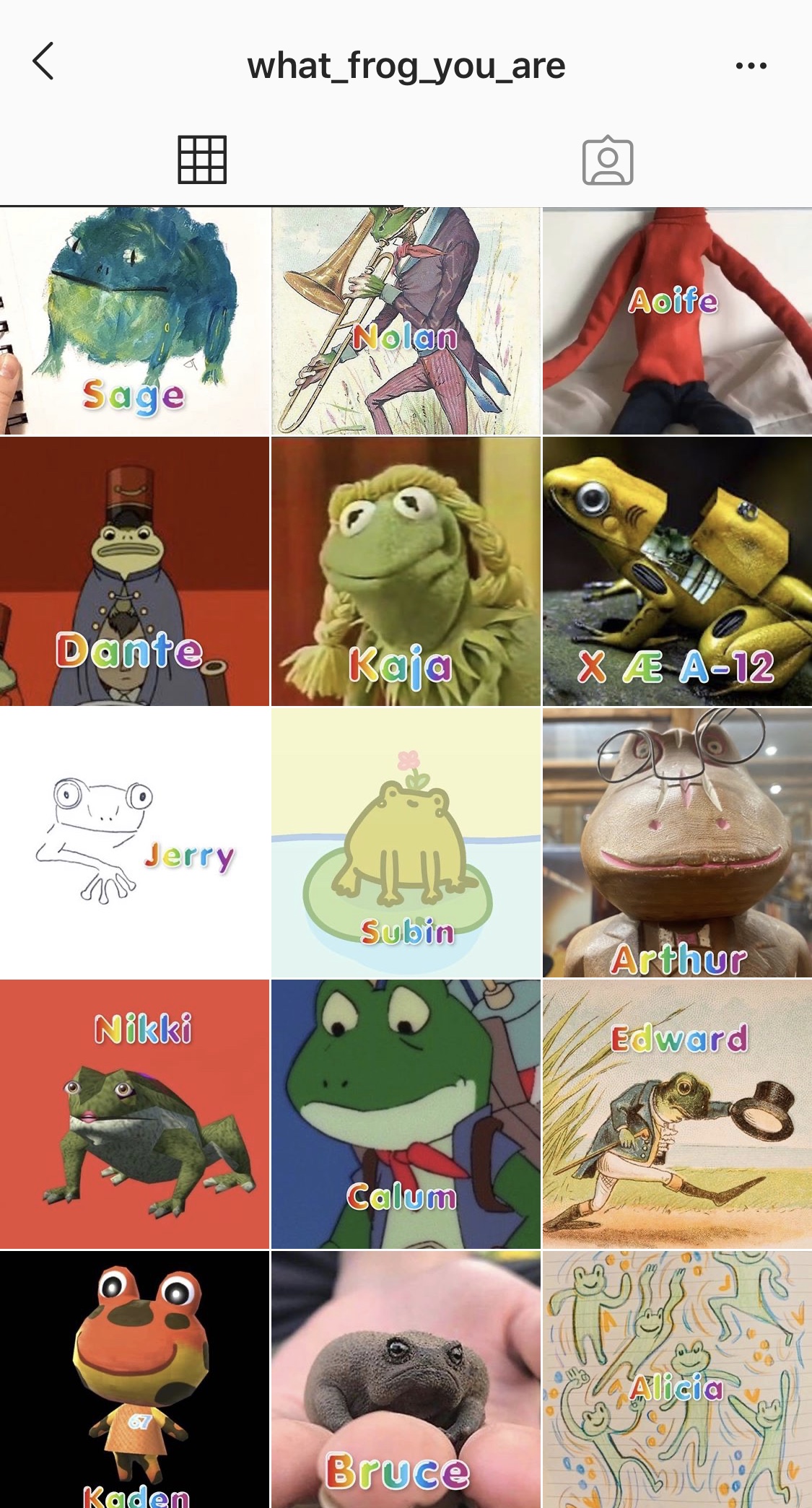 The account had a star-studded fanbase as well, attracting the attention of celebrities like Frances Bean Cobain, the only daughter of Kurt Cobain, and former Disney Channel star Debby Ryan, who even changed her profile picture to one of Joie’s frogs.

Behind the scenes, Joie worked hard to keep the momentum of her account going and to deliver frog images to her ever-growing audience. In the heyday of @what_frog_you_are, Joie created batches of 50 personalized frog images two to three times a day. But despite the busy schedule that came with running the account, Joie found joy in serving those in her frog community. “It’s been fun to see people’s reactions and funny to read comments,” she said.

With so many fans with diverse names, Joie worked hard to be inclusive, from the Navajo name “Nizhóní” to 12 different spellings of “McKayla.” “Everyone deserves a frog!” she said.

Through this simple act, Joie showed care for her followers. After seeing their names online, a number of them said they had never “felt so seen.” 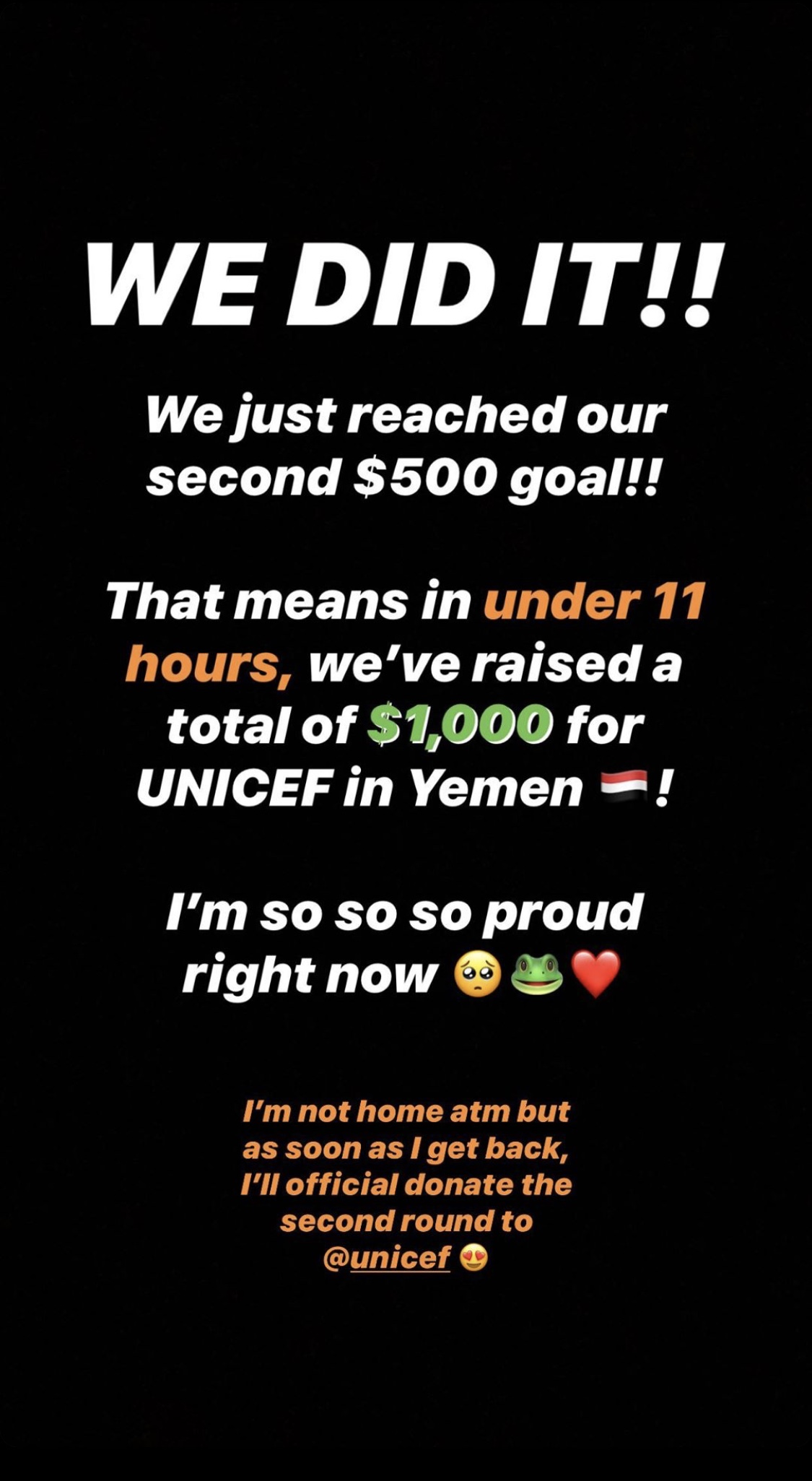 After her account hit 200,000 followers, Joie thought, It would be dumb to waste the amount of influence I have right now.

In mid-July, she organized a fundraiser for the crisis in Yemen. According to UNICEF, the emergency in Yemen is the “largest humanitarian crisis in the world,” affecting over 24 million people—a staggering 80 percent of the population. Taking advantage of her large platform, Joie urged the frog community to donate to the cause. And in under 11 hours, they raised $1,000 for UNICEF aid in Yemen.

“When I was organizing the fundraiser, just knowing that 200,000 people were with me . . . it felt like [God] blessed me with the opportunity to bring all of these people together for this good cause.”

The Queen’s Plans for the Future

As the personalized image trend began to quietly die down, Joie stopped posting new frog images on @what_frog_you_are but still keeps it alive to use its influence to raise awareness for other important causes.

And in early August, Joie was glad she kept the account up as she was able to organize another fundraiser, this time a one-day sprint for relief in Lebanon. Her followers once again showed the powerful philanthropy of the frog community, raising $450.

A Frog among the Stars

Unexpectedly playful and full of frogs, Joie’s story of pursuing justice shows how we can use our influence for God’s glory and the good of the world. Like what an angel tells Daniel in Daniel 12:3: “Those who are wise will shine as bright as the sky, and those who lead many to righteousness will shine like the stars forever.” Where are the places where you have influence, and how might God be calling you to use that influence to serve him and others?

Joy Zhou is a summer editorial and social media intern. Joy is a rising junior at The University of Texas at Austin, where she is studying Advertising.

Christine never could have guessed how God would reward her faithful years in ministry by blessing her daughter in the most unexpected way.