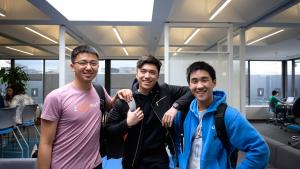 Brandon believes that even before he knew it, God was working in his life. Born to parents who immigrated to the U.S., Brandon and his family went through periods of financial instability. One night, when he was a baby, his parents searched New York City for a place to stay.

“No one in their right mind would let three strangers crash at their place,” Brandon recalled. “But on that night, someone did.”

When he thinks about this moment now, Brandon sees God’s faithfulness and thinks the stranger who took in his family must have been listening to God. But nearly two decades passed before he considered learning about God for himself.

Throughout his childhood, Brandon was determined to not only go to college but go to his dream school: Massachusetts Institute of Technology (MIT).

“My parents and I always dreamed of me 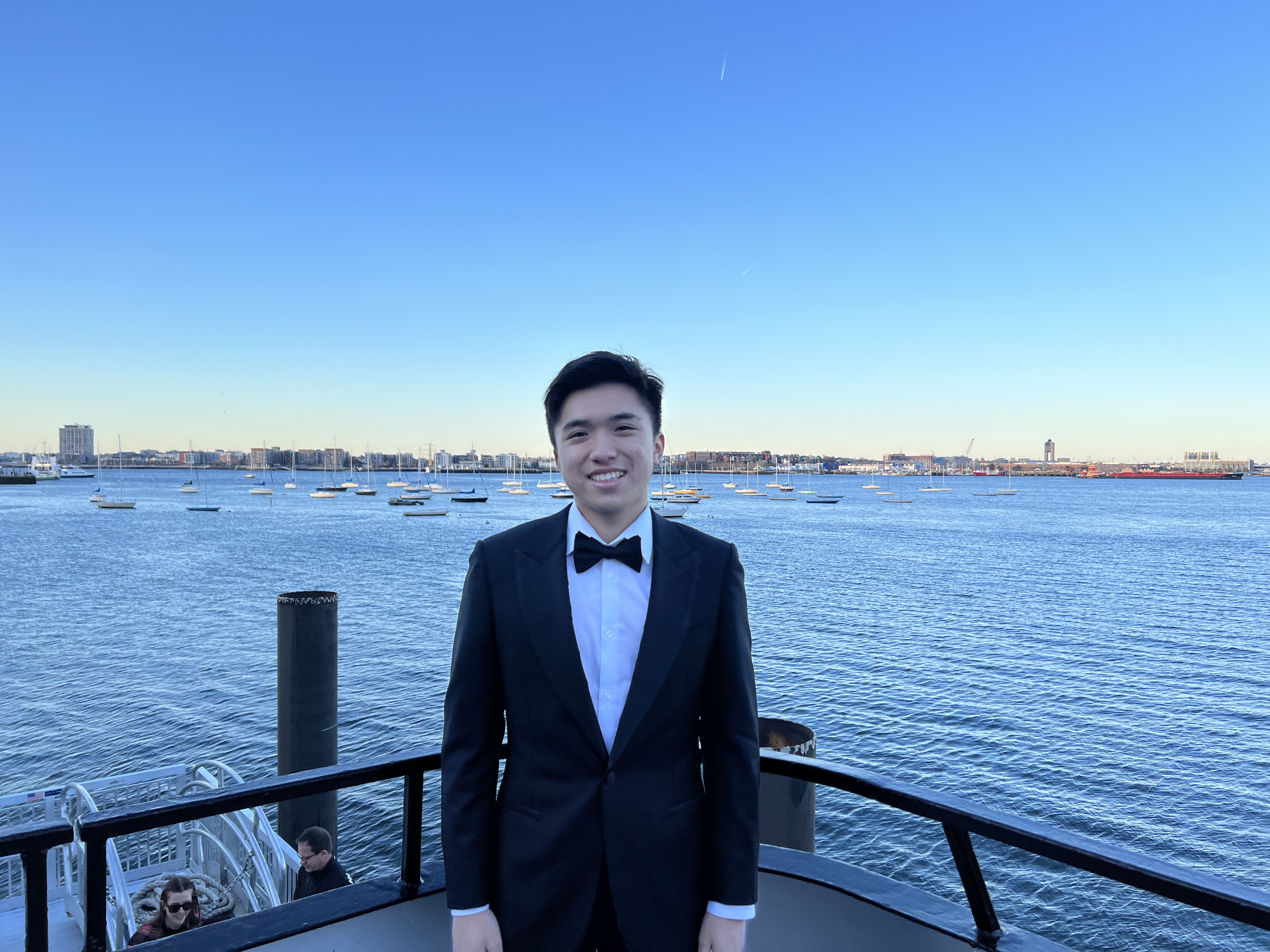 going to MIT. So I worked non-stop to get there,” he said.

But in 2020 when he got in, Brandon felt the pressure and weight of doing well in school more than expected. As a first-generation college student, he focused on how a degree from MIT could dramatically change his life and give him more opportunities. But he had no idea what more was in store for him.

One day, Brandon’s first MIT friend, Jan, and two of her friends were talking excitedly about a group they were involved in called ACF.

“It’s Asian Christian Fellowship,” Jan said, describing her InterVarsity chapter before inviting him to join them later that week for a game night.

Brandon was curious, so he agreed to go. With the pandemic limiting in-person meetings at the time, Brandon met InterVarsity through a screen. But even in a Zoom room, he knew something was special about this group.

“It wasn’t like any other club on campus,” he said. “There were deeper conversations in InterVarsity than just ‘What should we do for today’s agenda?’”

He logged off that meeting with a good feeling about this community and decided to join their large group the next week.

“It felt magical in a way,” he said, struggling to find words to describe his experience. He’d never felt so loved and cared for as he did that weekend, especially when he received “Barnabas Notes,” personalized letters of encouragement and prayer written by members of ACF.

“I received so many,” Brandon reflected. “And I realized all this love, all this care I’m receiving, this unconditional way of loving people ... it stems from God.”

Brandon wanted to see what else he could learn from this loving God, so he decided to follow Jesus that weekend. 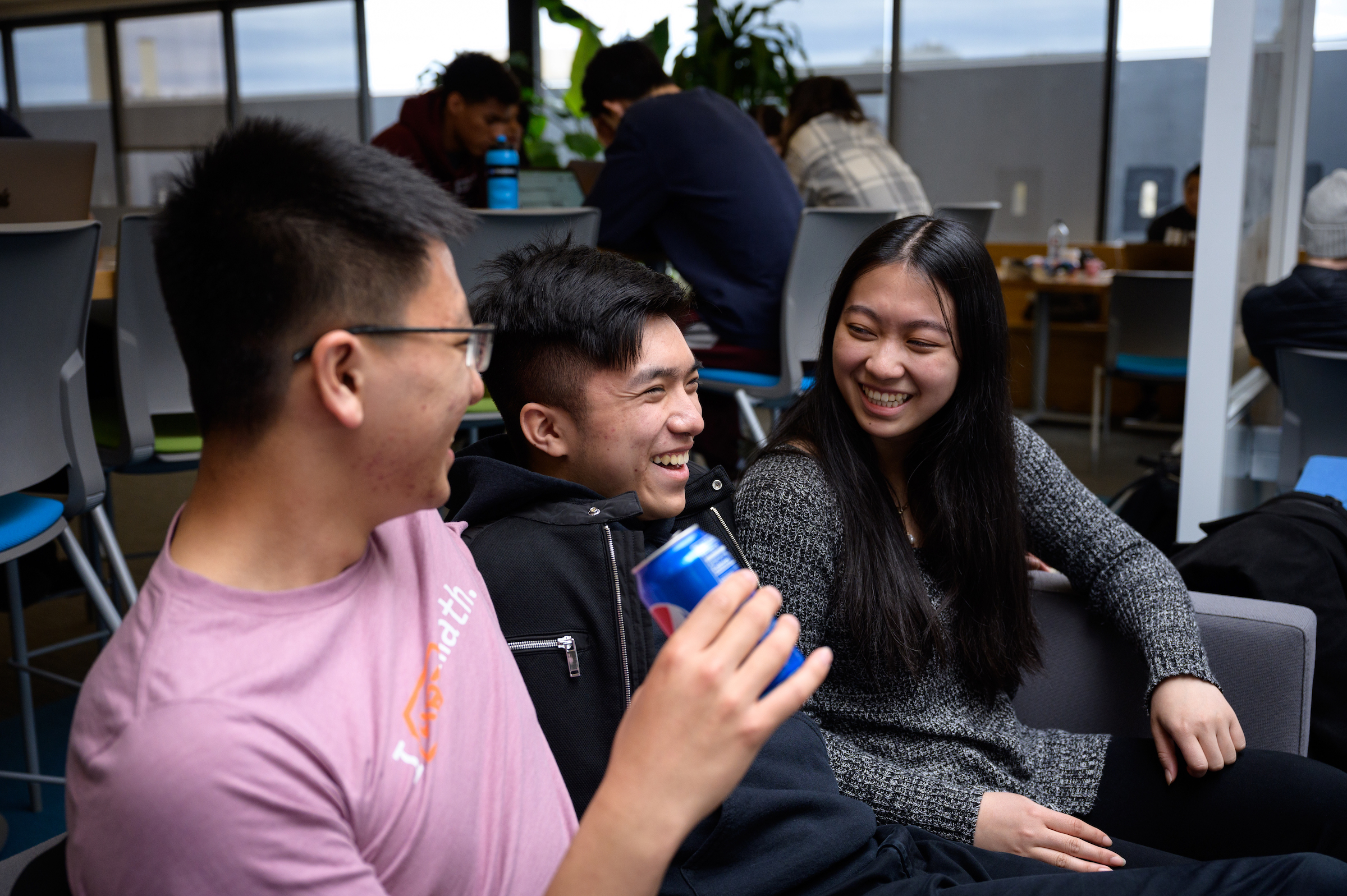 Patient in the Process

After Fall Conference, Brandon joined an InterVarsity group for people who were new to Christianity. He attended every weekend, initially feeling overwhelmed by how much there was to learn about the Bible.

A lot of people probably grew up with the Bible and went to churches where things were broken down and explained to them, he thought. How do I get up to speed?

But Brandon was relieved that his InterVarsity friends didn’t expect him to have all the answers or say the right thing. Instead, they supported him every step of the way, often reaching out to meet up and being available for him when he needed it.

“They were very patient in the process, willing to answer questions and go slow, and they never thought any of my questions were stupid,” he said.

Now Brandon is a junior at MIT, and his passion for Jesus has only grown. The more he learns through Scripture, prayer, and conversations with his ACF friends, the more enamored he is by God’s love.

“I never really understood what it means to love someone until I joined ACF. I feel like I have a better understanding of what love is,” he said.

This new understanding influences every decision he makes. As an officer of a fraternity, Brandon looks to God any time he interacts with freshmen who are feeling lonely and lost, encouraging them and going out of his way to make sure they feel connected.

And he isn’t afraid to talk about God either. He believes that God gave him a powerful story, and that everything that led to him becoming a Christian was an act of divine intervention.

“I find it easy to bring God up now; it’s part of my identity and what I’ve been through,” he said.

Brandon is excited as he looks toward the future of his InterVarsity chapter and getting to welcome new people as part of the outreach team.

Sharing God is hard at a school like MIT, Brandon notes, but it’s worth it. Students are driven, busy, and eager to be successful, like he was. But he wants students on his campus to graduate with something more valuable than a degree or a prestigious job.

“At the end of the day, no matter how smart, accomplished, or connected you are, the most important thing is having a pure heart that knows and loves God,” Brandon said. “When people think of MIT, they think of the education. But for me, it’s about the spiritual transformation I experienced there.”

Great story and a great

Great story and a great reason to support IVCF.

I'm glad to hear that

I'm glad to hear that Intervarsity is still active at MIT. I came to MIT 1956 as a Christian but my Christian maturity grew the fastest during my time there. It was a period of significant Christian activity. A Navigator worker came the year before me. One of the first Campus Crusade workers came the year after. There were two large church college groups, Park Street Church and Tremont Temple. Intervarsity was very active and also the Baptist Christian Union. We found that our beliefs are so close we combined to form the United Christian Fellowship. I pray that God’s work will continue to thrive at MIT.

Zelma had some joyful and some traumatic childhood moments. She was baptized as a kid, but turned away from God as she grew up. When she attended College of the Muscogee Nation, she struggled with nightmares, sleeping, and drinking. But eventually, she accepted Jesus transferred schools, and stumbled upon the InterVarsity chapter, making friends, reading Scripture, praying, and having her many questions answered. By the next year, she was leading a Bible study.

I came into college with burning questions: Was the gospel really true, or was being Christian just a cultural expectation I had from where I grew up? Could following Jesus actually be good for me? Maybe moving to Boston was a chance to start over with new people and finally get some answers.

Hey man, could we talk soon? As a campus minister with Greek InterVarsity at Indiana University (IU) for six years, Jimmy had received texts like this before. But never one from someone like Matt, who’d been gone from IU for five years.