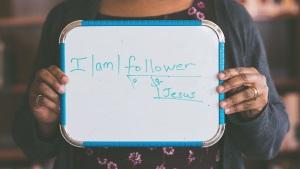 Presbyterians aren’t usually seen as being the life of the party. Given that three major distinctives of Presbyterianism are orderly church government, adherence to Reformed confessions, and a tendency toward liturgical worship, it’s an understandable stereotype.

My husband and I first came into Presbyterianism after a schism in our congregational church (where the entire congregation votes on all major decisions) left us looking for a different style of leadership. We found freedom and joy in the structure and consistency of the Presbyterian style of church government, which is led by a group of elders instead of just one pastor and is accountable to an oversight group called the Presbytery. That structure, combined with the grounding of the Westminster Confession of Faith and an organized worship service, gave us comfortable boundaries from which to grow in our faith.

It’s very true that we Presbyterians, with an emphasis on the authority of the Scriptures, tend to be a rather cerebral bunch. Many of us enjoy debating finer points of theology, which can be distracting and alienating if left unchecked. With an unfortunate tendency toward arrogance and exclusion, too many Presbyterians are known not for joy and passion, but suspicion and scorn. I, too, can fall prey to this.

I realize I’m not building a strong case for Presbyterianism being voted Most Popular or even Most Likely to Succeed. So why on earth would I, a woman who loves working for an interdenominational campus ministry like InterVarsity, choose a Presbyterian church? Because the gospel is preached there, in all its nuance and life-giving truth.

In some ways, the church my family and I are part of is not very representative of our wider denomination, much less Presbyterianism in general. Ours is a multiethnic church in Jackson, Mississippi, yet our denomination, the Presbyterian Church in America (PCA), was birthed—at least in part—by White folks who were clinging to segregation. Our head pastor is one of only about 50 Black PCA pastors nationwide. Our local church is neither very liturgical nor formal, especially for our denomination, and the “frozen chosen” stereotype doesn’t apply to our swaying choir, nor to those of us who raise hands or “amen” enthusiastically during worship.

Yet in other ways, our church is extremely representative of what—at its Spirit-led heart—the PCA is all about. It was not mostly segregation that formed our denomination; it was primarily a desire to hold fast to the Bible and an understanding that all of us are sinners in need of much repentance and grace. And the past couple of years have brought much conversation and growth in our denomination. After countless hard discussions, we have seen the fruit of national-level repentance and reparations. A recent confession of sin, in the form of a national meeting official Overture (a significant proclamation meant to unify our denomination in vision and action), stated that we “recognize, confess, condemn and repent of corporate and historical sins,” and while it’s just the beginning, it’s the beginning of something beautiful.

Reconciliation of any kind is a lifetime’s work, but as we wait on Jesus to truly make all things right (Isaiah 61 and Revelation 21), we persevere in confessing our sins to each other and being healed (James 5). While we certainly don’t want to “sin as though that would make grace increase” (Romans 6), there is something uniquely special about an organization that does not have a powerful history of racial reconciliation (like, for example, InterVarsity does) actually repenting and actively pursuing change. I get teary-eyed every time one of our White elders serves Communion to our Black head pastor, in a building where Black folks were turned away in the 1970s. I love hearing members of the congregation “talk back” to our pastor when he preaches so faithfully from the Bible, with passion and conviction. I marvel at what the Lord is doing as believers from different backgrounds are reconciled in Christ.

I would be remiss if I didn’t also mention the issue of women in ministry. As if I haven’t already painted quite the picture, let me state that while Presbyterians vary widely on the subject of women leaders, our specific Presbyterian denomination—the PCA—does not ordain women as pastors or elders. But before you stop reading, throw your phone at the wall, and picket your nearest PCA church, I’d be grateful if you’d let me share the specifics of what this means. The PCA is similar to other church traditions (such as Catholics, Southern Baptists, and some Lutheran, Methodist, and Episcopalian denominations) in interpreting the Scriptures to mean that ordained offices (set apart for specific leadership and ministry) are limited to men. That broad rule looks very different from place to place, though, and from person to person, and in our church, you will see women alongside men in a variety of servant-leader roles. You will also see women serving in a variety of non-ordained roles, from reading Scripture to doing nursery work to ushering, and everything in-between. And I, as a woman campus minister with InterVarsity, am generously supported (in word, deed, and financially) by more than one PCA church. I say all this not to convince you of my theological convictions, but rather to say that it might not look quite like you think.

So if you’re ever down in Jackson, Mississippi, come join us on a Sunday. Whether you sit next to someone who has their hands raised and is shouting a loud “Hallelujah” or someone who is quietly participating, both folks will be thoughtfully and reverently worshiping. Whether you prefer the deeply theological hymns or the rousing praise songs and spirituals, both of your seatmates will be glad to worship next to you. Whether they have the Apostles’ Creed memorized or not, they’ll be rejoicing because we believe in “the communion of saints” and “the forgiveness of sins.” Both of your neighbors will be thinking of “the resurrection of the body” and “life everlasting.” And both will be preparing and longing for that glorious day when all believers from all denominations will arrive at the ultimate party that is to come.

Chandra Crane (BS in Education, MA in Ministry) is the Multiethnic Initiatives Mixed Ministry Coordinator with InterVarsity Christian Fellowship. She is the author of Mixed Blessing: Embracing the Fullness of Your Multiethnic Identity from InterVarsity Press (2020).

I knew from an early age that Baptists were passionate and caring people.