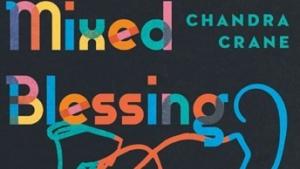 “What are you, exactly?” It’s a question I’ve been asked a lot.

There’s nothing more alienating than being asked something that boxes you into sharing your personal identity and story because of someone’s preconceived assumption of you.

But I had to laugh at Chandra Crane’s response to this question in her new book, Mixed Blessing: Embracing the Fullness of Your Multiethnic Identity:

I don’t have the boldness to respond like that, but secretly I wish I did.

For this and so many reasons, I really appreciated Crane’s book. It was specifically written for me and anyone else with a multiethnic identity. As I read, I thought to myself, Wow, this must be how people from the majority culture feel all the time when they see themselves on TV or read about something that was meant for them.

So how do I answer loaded questions like the one I mentioned above? It’s complicated. Depending on who’s asking it, I might answer differently. I generally like to reveal myself in layers (you’ll see why below):

Me: I’m biracial: White and half Asian.

Stranger: I know someone who’s a halfie too! What Asian are you?

Now imagine that you’re me in this situation. Do you really feel like giving a history lesson right now? Did you wake up this morning ready to teach someone your people’s history or wanting someone to be fascinated by your ethnic makeup?

Don’t get me wrong; it’s not that I don’t mind sharing. But imagine having to explain this to everyone you meet. That’s something that my brother and me—and anyone else who has a multiethnic identity—experience all the time.

What I tend to take away from these interactions is that the only thing that seems interesting is my half Hmong side or that I’m mixed. Folks tend to forget that I’m also half White and that not all mixed folks have the same experiences. If my brother and I fully answered the question, we’d say, “Ethnically, I’m Hmong, German, French, Irish, and Native American.” But that’s not what people are really asking for.

Like many of the stories in Mixed Blessing, I struggle with fitting in and feeling like I’m “not enough.” My experience is multifaceted and not easily explained. Racially, I’m White-passing, but I identify closer with Hmong culture. However, I don’t have the same upbringing that my Hmong peers have and can be excluded from the Hmong American experience. I don’t connect much with the stereotypical White majority culture either. On top of that, I’ve had to survive in my cultures by the art of code-switching. It confuses many, but I don’t have the option of conducting myself in just one way. I tend to be an indirect communicator, but I’ve had to learn to be a direct communicator too.

Now that I’m married to an East Asian husband, my mixed experience is evolving even more. My story is one of many mixed stories. People like me often don’t fit into preexisting categories, which makes us feel like we don’t belong anywhere. The pain is real and is something we have to journey with and lament our whole lives.

Mixed Blessing ministers to us mixed folks in a way that our monoethnic friends cannot. Crane highlights other people in Scripture who have mixed backgrounds. Timothy and Moses were two leaders who led out of their mixed identity and calling, and their mixed cultural experience allowed them to honorably influence their contexts. And let’s not forget the mothers who developed their mixed children, Lois and Eunice (Timothy’s mother and grandmother), Tamar, Bathsheba, Rahab, Ruth, and Mary. For me, it was very powerful being able to identify with characters in the Bible who’ve been whitewashed and stripped of their multicultural experience and see how they were nurtured by influential women in Scripture.

My favorite part of the book came when Crane points out that Jesus has a mixed heritage! As we see from his lineage, Jesus wasn’t purely Jewish. He was also part Canaanite, Moabite, and Hittite. Crane goes on to say, “A one-dimensional view of Jesus leaves us with a one-dimensional view of ourselves.” As we mixed folks learn to hold things in tension, we begin to step into Jesus’ story. That simple truth works against the lies of “not enough” and “you don’t belong with us.”

As a person of mixed ethnicity, who will always struggle with being fully understood, having a brother has made me feel less alone in the world. He told me something similar: “Having a mixed sibling helped to keep me sane in a broken world.” He’s another human being with whom I can take a deep breath and say, “My people’s.”

Those chapters dive into the harsh reality that affects all of us. For mixed folks, I recommend taking your time with those chapters and sitting in solidarity with other mixed folks and people of color. For others, read thoughtfully because as you finish the book, you now have a responsibility to steward the insights and stories that Crane shares.

In our faith communities, we see the importance of multiethnicity but often fail to honorably pursue it because we have not yet first embodied it. We haven’t received the right tool for it yet. But when we come alongside mixed folks in our campuses, churches, and faith communities and receive the gift of their pain and imagination, we inherit part of the church body that has been missing and needed. We need more mixed leaders like Timothy and Moses and even more spiritual mothers, fathers, and siblings to help walk us through our development!

Reflecting on the book as a whole, I can’t say it any better than Jemar Tisby does in his foreword: “Is Mixed Blessing an easy read? Certainly not. But it is an essential one.”

Ashley is an InterVarsity Campus Staff Minister and leads the Asian American InterVarsity (AAIV) chapter at the University of Wisconsin–Madison. You can support her ministry at donate.intervarsity.org/donate#21287.

Through contextualization, we can restore the beauty and value of our shared experiences and culture and reorient ourselves to see how our cultural identity relates to our faith in Jesus. Contextualization is more than being able to identify areas that aren’t working well; it’s reengineering structures and systems to cultivate a space and message that are relevant to the people in the room.

By Shawn Abraham
The True Gift of Healing Prayer

I heard a sermon about how the true beauty of healing prayer lies in its portrayal of the kingdom of heaven. It invites us to know Jesus more intimately. I didn’t really understand this until I saw healing prayer work differently than I expected.

By sharing real-life stories of racial trauma, including her own, and how people overcame it, Rowe gives guidance to readers on how they, too, can find healing.

By Drew Larson
Inside the Bubble: What Jesus Does with Your Limits

We are always, ever shaped by our experiences and environments. To be human is to be limited. Inescapably bubbled.