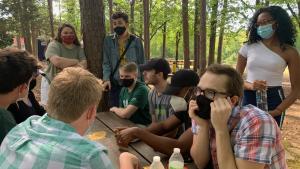 I’ve always been ridiculously jealous of television friend groups. While the friendship dynamic on Riverdale has never been necessarily enviable (there’s too much murder and backstabbing), it was the primary one I was consuming during my freshman year of college. So as I headed off to the University of North Carolina at Charlotte, one of my top priorities was finding community, a blend somewhere between Archie’s group of friends and what I’d experienced growing up in my small Christian school.

I ended up finding something even better.

The Adventure of Faith

During summer orientation, I saw InterVarsity’s tent, but I went straight past, assuming it had something to do with athletics. Brent, a campus minister, did a great job of calling me over, “Oh, no! This happens all the time. We’re not a sports organization. We’re actually a Christian ministry.”

He then told me more about what InterVarsity was and about his own experience of almost committing suicide before God stopped him! I was incredibly intrigued and signed up for more information about the ministry. (I didn’t have a chance to hear Brent’s full story until recently.)

I checked out InterVarsity later that fall and was still interested. But they met right when my favorite teen soap, Riverdale, was on. So I tried going for two weeks before the urge to watch the reveal of the culprit behind the latest murder in Riverdale got the better of me. (I thought I had my priorities in order.)

But thanks to some steady encouragement from my mom, I eventually decided to try InterVarsity again. I don’t remember everything about that first night (I’m getting old), but I recall Brent saying something like, “Ask God and see what he says!” several times. When I asked him why he kept saying that and how to do it, he said, “That’s a great question. We actually talked about that lesson a couple weeks ago.” Oops, yeah, I wasn’t there . . . probably incredibly invested in whatever campy twist Riverdale was churning out that week.

Later, Brent plopped down in a seat next to me, saying, “Tell me more about your story.” I started sharing how I’d grown up in the church but never felt connected to Jesus until senior year when I started hanging out more with my friend Rachel. Over countless cups of coffee, she told me more about Jesus and opened up about her own struggles with back pain. This all culminated during one church service when I randomly started crying and ended up making the decision to truly follow Jesus. Once the tears and snot dried, I blessed Rachel, who’d been sitting next to me. I told her—with words that felt too divine to be mine—how her gift of friendship had brought me to this moment, to Jesus dwelling in my heart. The next day, Rachel woke up to discover her back had been completely healed! I know, what a twist, right?

Brent listened carefully and then said that he believed I had the gift of prophecy based on the blessing I passed onto Rachel. He also said he’d be delighted to teach me more about how to hear God through listening prayer. A couple days later, we met with a few other guys from the chapter. Brent taught us how we could hear God speak directly to us if we only stopped and listened. But he made sure to emphasize that this process requires seeking confirmation through other followers of Jesus and testing whatever word we received against Scripture.

At this point, I was all in. Growing up, faith had sometimes felt dull and repetitive. But for the first time, faith felt like an adventure!

Now, of course, it wasn’t all uphill from there. Community takes time and effort to develop and strengthen, but the result of that labor is so rewarding. And it took me several months before I was consistently practicing listening prayer. Even now, I sometimes struggle with long bouts of ignoring God’s voice and then kicking myself afterward. If you’ve ever felt that way, you’re not alone. Paul even talks about this in Romans 7:15–20.

The big practical difference here is that I found a community to help me grow closer to Jesus. Through their slightly cynical and sarcastic but primarily loving way, my chapter has continually taught me about the Lord, Scripture, discipleship, myself, and more. 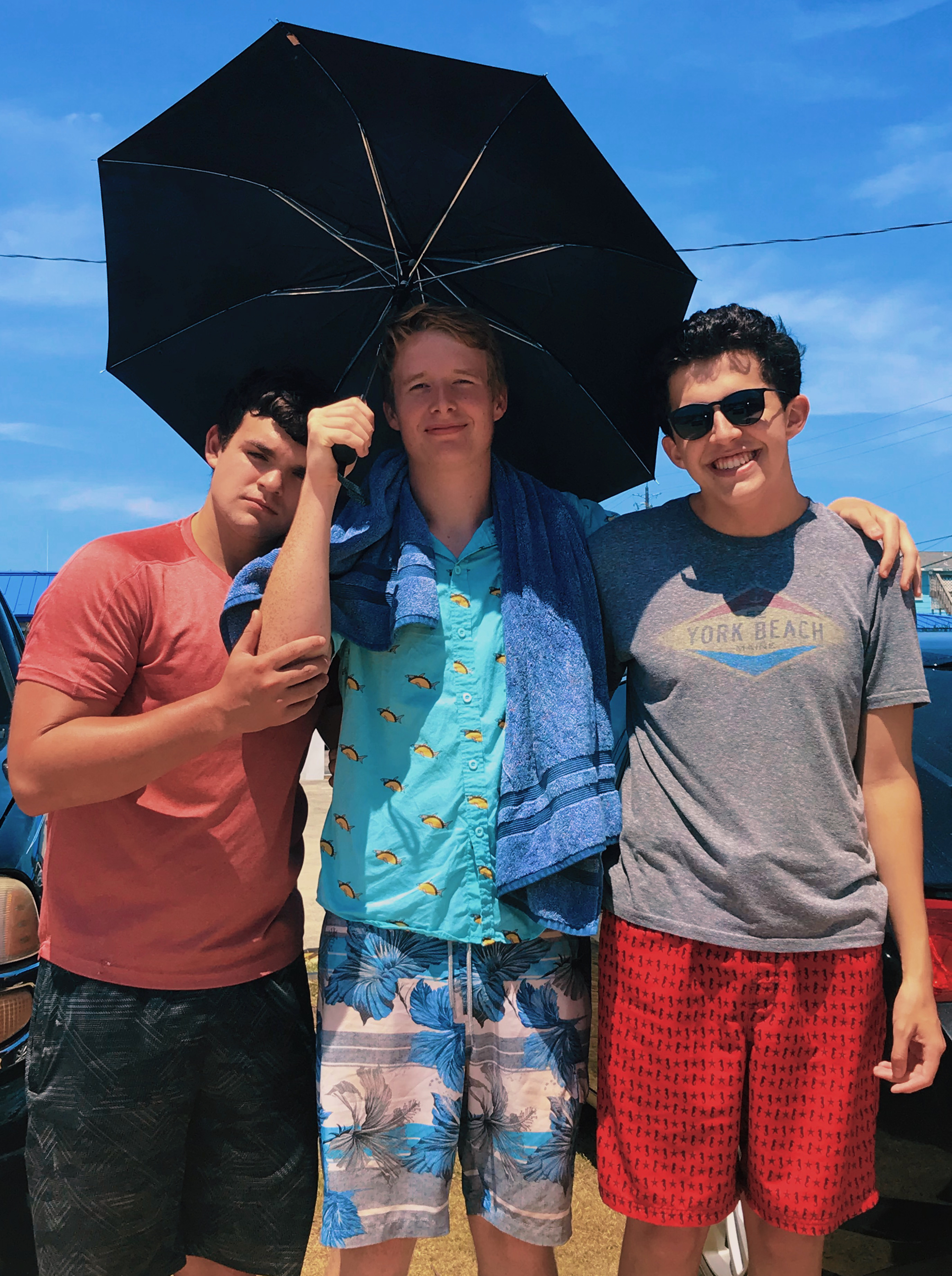 Some of my closest friendships have come through InterVarsity. We love each other; we laugh with one another; we poke fun; we love each other. The cycle repeats. One day, we’re uncovering misconceptions about Jesus, and the next, we’re at Wendy’s eating cheese fries and laughing up a storm. Sometimes both happen at the same time.

When I spend time with my chapter, whether it’s a casual hangout or a large or small group, I am continually reminded of how fantastic my community is. Looking back, I can’t tell you what Riverdale plot twists I missed that year when I chose to not watch it live, but I can remember a lot of the sweet, delightful, and life-giving memories that I gained by choosing to go to large group instead.

If you’d like to find a life-changing community grounded in God’s Word and deep fellowship, find an InterVarsity chapter near you!

Calvin York is an Editorial and Social Media Intern for the summer of 2021. You can support his ministry at donate.intervarsity.org/donate#47493.

We are experiencing stressors stacked up, one on top of each other. Thankfully, there are things that we can do to deal with this stress.