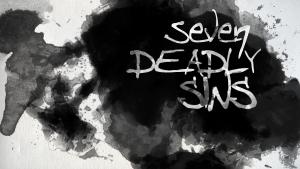 On occasion—usually when it’s bright and sunny out and I’m not doing much of anything—I’ll look up and notice that the hounds of my worst mental habits have gotten loose. They’ve chewed through their leashes and are out in the backyard of my emotional health, bounding and digging and tearing up the landscaping.

Most of the time I can summon the energy to bolt outside, catch them, and tie them back up. But sometimes I’m too tired to chase them, and so I end up playing whatever game amuses them at the moment. Among their favorites is one called Ways That I Have Not Measured Up to My Dad.

The game is simple. In the yard are buried all of the things that my dad accomplished by the time he was my age. They dig them up one by one and bring them to my feet, where I watch the pile grow:

The game is over when nothing is left to unearth; the dogs, exhausted from their play, have gotten a fresh collar; and I, while reburying everything, have had a good long chance to meditate on the possibility that I might never be as successful as my father.

The Venom of Envy

The question at hand in our series on the seven deadly sins is “What is envy?” I’d like to suggest that envy, at its core, is about self-disappointment.

When we talk about envy we are talking about a comparison game similar to the one I’ve described above. On its surface, envy seems like a simple diagnosis: we want something that someone else has and we have no easy way (or any way at all) of obtaining it. Frustration ensues.

That frustration takes the form of a poisoned wish—“I want”—that lodges itself in the back of our mind and drips its venom of anger and entitlement into our very soul. From this venom comes the familiar feeling of jealousy and its poisonous words: “I deserve,” “I should,” “I’m entitled to” (etc.).

This is the reason that envy is a “deadly” sin. Its toxin works on our soul like a boa constrictor, wrenching it imperceptibly tighter with every breath, until we can barely breathe at all.

Me, You, and Who I Wish I Were

Envy is always personal. It requires another human to happen. It’s impossible, for example, to envy a boot, or a slide, or a clarinet. Because of this, we might reasonably conclude that envy is binary, a two-person game only: us (the envy-er) and them (the one who is envied).

The trick to understanding envy, however, is this: envy is actually a three-person game.

Comparison, in and of itself, is not envy. It’s observational. Empirical. In a strict comparison, one entity looks at another and simply notes the data. Your hair is red and mine is brown. You have a motorcycle and I have a bicycle. You like Pepsi and I like Coke.

But envy happens when a third person enters and the dyad becomes a triad: you, them, and the person you wish you were. Envy is not merely about wanting something you don’t have. It’s about wanting to be someone you aren’t.

You don’t just want that job. You want to be the kind of person who could have that job.

You don’t just want that relationship or spouse. You want to be the kind of person who could date or marry that person.

The distinction might seem arbitrary, but it’s not. Merely wanting something is different. When it goes haywire we might call it greed, or maybe coveting.

Envy, rather, is about failure—specifically, our failure to live up to the version of ourselves who can have the thing we are wanting. When we compare ourselves to someone else and fall short, we’re simultaneously falling short of the person we imagine we should be. If despair is self-disappointment turned inward, envy is self-disappointment warped outward.

“Isn’t this just semantics?” you might ask. At the end of the day, the thing is the thing and we should stop doing it, right? Quit it, knock it off, full-stop, break for tea time.

The importance of the distinction is this: if envy is a three-person game, then redemption is a four-person game (possibly six, if you want to get technical—this metaphor is getting crowded). The way past envy is to introduce our third person to the fourth person of Jesus Christ.

Pronounced as the achievement gap is between my dad and me, he has never brought it up. Not once. He has never commented on the fact that he was promoted five times by the age that I detonated my own corporate career. Never mentioned owning a home at the same age when almost everything I have fits in the room I rent. Not a word—not about any of it. He might have thought about the gap, but he’s never said it. My dad’s not playing that comparison game.

Jesus is likewise not playing that game. In fulfilling the Law, ending condemnation and bringing peace for all who believe in him as Lord and Savior, he has rewritten the rules of comparison according to his salvation plan. To us and our disappointed, envying selves that constantly ask “Why am I not?” Jesus says, “You are.” You are:

It is because of this that envy cannot survive in any place where the promises of Jesus are proclaimed. It can only become the setting for resurrection—the glorious new life that springs from places of death created by sins like envy.

Evagrius, a fourth-century monk, created a list of eight common sins to help people be aware of them and guard against them. Pope Gregory I reduced the list to seven in the sixth century, providing us with what we now commonly refer to as the seven deadly sins: sloth, anger, envy, pride, lust, gluttony, and avarice/greed (Michael Mangis, Signature Sins). This is the fifth post in our series on these seven sins, explaining what they are, how they affect our relationship with God and others, and how we can move past them.

Drew, Thank you for this

Drew, Thank you for this personal and insightful piece on the deadly sin of envy! I have been preparing for a bible study on this subject and am thankful for this good resource! I also found the 7 daily sins by Jared C. Wilson very helpful too! I pray you are well!

Some sins are easy to identify. When I hit the snooze button for the twelfth time, it’s pretty clear I’m struggling with sloth.