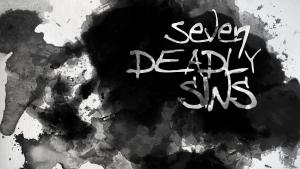 Some sins are easy to identify. When I hit the snooze button for the twelfth time, it’s pretty clear I’m struggling with sloth. When I’m sprawled on the couch cuddling an empty tub of cookie dough, gluttony has probably paid a visit. When I find myself exaggerating the truth to impress someone, pride is likely rearing its ugly head.

Avarice, however, is not so easy to track down. In fact, the word itself is hardly even used today. But if you’ve watched classic characters like Ebenezer Scrooge, Mr. Burns, Cruella de Vil, Lex Luthor, and Tony Montana, you’ve seen avarice at work.

Avarice refers to an insatiable desire to gain and hoard wealth. It’s similar to greed but goes even further, encompassing such things as selfishness, entitlement, materialism, consumerism, and hoarding. And it doesn’t just affect TV villains, of course. We step into avarice when we crave wealth, abuse wealth, and find identity in wealth.

One Sneaky Sin, Many Deadly Consequences

Part of why avarice is hard to spot is because it’s so deeply ingrained in our culture. We receive thousands of messages each day from media, school, family, and sometimes even our churches telling us to pursue our own comfort, security, and pleasure. And we’ve grown accustomed to the bombardment.

This means that even if you’re not acquiring a large fortune or heading a Ponzi scheme or robbing banks, there’s still a good chance that your soul is struggling with avarice. It’s an extreme idol in our culture that none of us is immune to.

Jesus was actually quite concerned about avarice. In Luke 16 he warns that we’re not capable of serving two masters and challenges us to choose: God or Money. Essentially, Jesus is naming avarice as the most obvious competitor for our souls!

Are we paying attention to Jesus here? We often have accountability groups to help us with sex, pride, and anger—all while the love of money slowly damages our souls and hollows our hearts toward God.

Our relationship with God is not the only thing affected by avarice, however. Remember Zacchaeus in Luke 19? He was a chief tax collector. He was rich. He had power, status, and influence.

What he did not have was friends. In order to gain his wealth, Zacchaeus extorted his own people. He was a traitor who stepped on others to get ahead. So he became an outcast. Sometimes we prioritize wealth above people, and the result is broken and superficial relationships.

If I Were a Rich Man

Still aren’t sure avarice is relevant in your life? Think about this: According to globalrichlist.com, there are about 50 million people on earth who make more money than I do. With a population of over 7 billion, that puts me in the wealthiest 1 percent of the planet by income. If you’ve earned any sort of college degree, you’re likely also in the top 1 percent.

Many challenges are looming in the world today: feeding the hungry, providing access to clean water, preventing diseases, caring for orphans, saving the environment. Yet we, the 1 percent who have the capacity to make a difference, are more likely to spend our resources on entertainment, convenience, and leisure.

There are four verses in Luke 21 that contrast the generosity of the wealthy with that of the poor. Surprisingly, we learn that a poor widow’s offering is worth more to Jesus than the gifts of the rich. When we fail to steward our resources for God’s kingdom, it is the poor who suffer most. I wonder, how many poor widows are paying the price for our avarice?

So how do we disentangle ourselves from avarice and its effects?

1. Pray passionately. If you’re serious about loosening the grip that money has on your soul, you’re going to need supernatural help.

Pray. Fall more in love with Jesus. Be dependent on him. Be willing to respond when he challenges you to change.

2. Borrow barely. One of the ways our greed manifests itself is debt. Credit card debt, auto loans, and even student loan debt reveal our financial brokenness. We get what we want now and pay for it using potential future money. Surely this reinforces our desire for more wealth!

Avoid debt. Take fewer classes and work your way through college. Use credit cards for emergencies only. Live within your means.

3. Invest intentionally. I view every dollar I spend as an investment. You should too. What do your spending habits reveal about what you value?

One month I “invested” $40 in McDonald’s for breakfast alone. I’m not particularly passionate about the restaurant’s mission or their McGriddles. And I would never tell someone that I highly value eating unhealthy food alone in my car on the way to work. But that’s exactly what my bank statement said.

Make sure the money you spend is going toward things you truly care about. And consider taking a break from certain kinds of spending (e.g., on coffee, Netflix, gas, etc.).

4. Save soberly. While some of us have spending problems, others are obsessed with saving. You just love to see your piles of money grow taller. You feel powerful. You feel secure. You enjoy having options and opportunities that others don’t.

5. Give generously. Christians should give money away freely. When we give, we declare that what we have is not ours in the first place; we only steward what has been entrusted to us by God. Giving should hurt a little. It should be sacrificial. It’s worship.

How do you avoid avarice?

Evagrius, a fourth-century monk, created a list of eight common sins to help people be aware of them and guard against them. Pope Gregory I reduced the list to seven in the sixth century, providing us with what we now commonly refer to as the seven deadly sins: sloth, anger, envy, pride, lust, gluttony, and avarice/greed (Michael Mangis, Signature Sins). This is the sixth post in our series on these seven sins, explaining what they are, how they affect our relationship with God and others, and how we can move past them.

Wes, This is so very well

Wes, This is so very well crafted. You make such salient points and back them with sound reasoning and an entertaining style. I am so glad I found your blog. Your "technologically challenged dad".