Zacchaeus & The Miracle of Being Seen | InterVarsity
Skip to main content

Zacchaeus & The Miracle of Being Seen 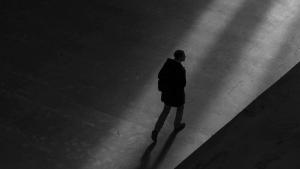 Zacchaeus’s story leaves a small footprint in Scripture. Jesus’ interactions with him aren’t nearly as intense as his showdown with the demon-possessed man in Luke 8:26–39. And Zacchaeus’s life doesn’t have the incredible story arc that Paul’s does, going from a staunch persecutor of the faith to becoming an apostle and author of a sizable portion of the New Testament. Honestly, apart from the Sunday school song about this “wee little man” (if you haven’t heard it, it’s time to jam out!), we seldom talk about Zacchaeus’s story.

And yet it still has an incredible, simple beauty to it. Zacchaeus’s story is no less a miracle than the feeding of the 5,000 or the healing of the paralyzed man. For it’s the story— the miracle of a changed heart—that still resonates with us today.

A Refresher on Zacchaeus

Like I said, Zacchaeus’s story may be new to you, or maybe you’re just a little fuzzy on the details, so here it is from Luke 19:1–10:

Jesus entered Jericho and was passing through. A man was there by the name of Zacchaeus; he was a chief tax collector and was wealthy. He wanted to see who Jesus was, but because he was short he could not see over the crowd. So he ran ahead and climbed a sycamore-fig tree to see him, since Jesus was coming that way.

When Jesus reached the spot, he looked up and said to him, “Zacchaeus, come down immediately. I must stay at your house today.” So he came down at once and welcomed him gladly.

All the people saw this and began to mutter, “He has gone to be the guest of a sinner.”

But Zacchaeus stood up and said to the Lord, “Look, Lord! Here and now I give half of my possessions to the poor, and if I have cheated anybody out of anything, I will pay back four times the amount.”

Jesus said to him, “Today salvation has come to this house, because this man, too, is a son of Abraham. For the Son of Man came to seek and to save the lost.”

A little context about Zacchaeus’s job is helpful here. Based on the crowd’s muttering under their breath, we can see that being a tax collector was basically the equivalent of being an unrepentant professional sinner as Zacchaeus cheated others to make himself rich.

And C. H. Spurgeon points out that Zacchaeus “belonged to a bad city—a city which had been cursed, and no one would suspect that anyone would come out of Jericho to be saved.” There was little hope of redemption for the citizens of Jericho. God could never reach “that side of town.”

From all these details, it’s clear that there were some legitimate reasons why people didn’t like Zacchaeus. I can almost see him trying to squirm through the crowd, and people shoving him back with curses and threats.

I’m guessing some of us can relate. Maybe we did something awful years ago that continues to haunt us—something even that’s forever changed our lives. Or maybe it’s just little things. We can’t just seem to stop saying or doing certain things that end with people pushing us away, no matter how hard we try to connect with them.

Or it could be more subtle. Maybe it’s not that people actively dislike us; they just don’t really notice us. We fade into the background. We’re the opposite of the life of the party. We feel like it really doesn’t make a difference to anybody whether we’re around or not. We’re just one of the thousands of other people on campus.

This idea isn’t something exclusive to a particular age group or demographic either. A coworker was telling me of a recent example of this happening on The Bachelorette. It’s clear that being fully known, fully seen is something we long for as human beings.

And look at how Zacchaeus responds to going unseen. He’s desperate. At the faintest hint of hope, he abandons all decorum and climbs a tree, just for a glimpse of Jesus. That’s all he probably expects, being able to tell his grandkids years later that he was there the day Jesus came to town. He longs for more but probably could never put words to that longing.

But like with so many stories in the Gospels, everything, literally everything in Zacchaeus’s life changes when he meets Jesus. What Jesus says to him isn’t some magical spell or secret message to decode. It’s something even greater. I can almost see it happening in slow motion: in a crowd of who knows how many hundreds, Jesus turns, stops, and stares up at Zacchaeus in the tree. He looks him square in the eye.

He sees Zacchaeus. He really, truly sees him. Not just his mistakes, not his sins, not his failures. The Messiah, God incarnate, sees Zacchaeus as a son of Abraham, as his child. And where Zacchaeus was so used to being ignored, hated, and overlooked, Jesus invites himself into Zacchaeus’s life.

As you read, the effects of this single act are dramatic—and beautiful.

If you’ve ever met anyone with a hardened or deeply wounded heart—they may seem perpetually angry and bitter or just so numb, so depressed they seem beyond all help—you know that nothing short of a miracle can change that person. But that’s part of why Jesus came to earth, “to proclaim good news to the poor . . . to proclaim freedom for the prisoners and recovery of sight for the blind, to set the oppressed free” (Lk 4:18). There’s a spiritual, more internal aspect to this as well as a physical one.

In the final moments of the story, Jesus doesn’t have to give Zacchaeus a long lecture about his sins. One true encounter with the Son of God, and Zacchaeus’s heart is changed. He willingly, freely, even joyfully declares that he’s going to make things right with everyone. That’s the kind of heart change we all need, the kind of change I think we all crave deep down. And it starts when Jesus sees Zacchaeus.

I encourage you to go through the story of Zacchaeus again. Reread it if you need to. But instead of just reading it like a textbook or how-to article, I invite you to experience it. This likely will mean getting up from your tablet or computer or silencing your phone—whatever you need to do to avoid distractions—and walking through the moments of the passage.

Start by asking yourself where would you be in this story? Are you Zacchaeus, longing to be seen but so convinced that it’s just never going to happen? What are people in the crowd saying to you? And what happens when Jesus sees you? What does he say? What happens next?

This exercise may play out differently. Maybe you end up resonating more with the crowd. Maybe you’ve written off people as lost causes, just too far from God to be ever saved. How does Jesus respond to you in this scene? What happens next?

Regardless of where you feel yourself gravitating to in this story, I pray that you felt truly seen by the God of the universe, and that this sparks a miracle in your heart no less miraculous than what happened to Zacchaeus!

By Terry M. Wildman
The Need for More Resources for First Nations Ministries

I once had a picture in my mind of several pottery jars. Some had First Nations designs on them, some Celtic, some African, Asian, and many more. I saw a hand pouring water into each pottery jar. It was like Creator (God) was saying to me that he has poured some portions of his gifts of grace into each ethnic group.

By Carrie Carey
The Blessings & Challenges of Community College Ministry

Though I was strongly against attending my local community college, I’ve actually ended up being called to that exact campus to plant an InterVarsity chapter. (Jesus can be funny like that.) And while there are definitely challenges, the truth is I love ministering here!

By Chandra Crane
Lessons from Jesus: Growing as Introverted Leaders

I know we can’t peg Jesus’ personality type (although die-hard Enneagram or Myers-Briggs types might try!), but I do think his example offers comfort and encouragement to us introverted folks.

Over 40,000 students on eight campuses with only one known campus ministry in the most post-Christian city in the US. That was the situation InterVarsity Associate Area Director Jessica Pafumi found herself in when she felt God calling her to plant campus ministries in her hometown of Springfield-Holyoke, Massachusetts, in 2019.