A World Away from Wall Street 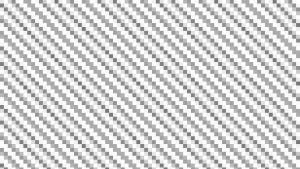 From his office overlooking Ground Zero in New York City, Jimmy Lee is still close to the Wall Street world where he worked for many years. But now his focus is on different worlds: the worlds of HIV/AIDS, tuberculosis, and malaria.

Jimmy is Associate Vice President of Regional Coordination & Strategic Planning for the Global Business Coalition on HIV/AIDS, Tuberculosis and Malaria (GBC). He is a key leader in helping to coordinate the efforts of GBC’s corporate members to address three of the world’s most serious health problems.

GBC works closely with the United Nations, as well as with the Global Fund to Fight HIV/AIDS, Tuberculosis, and Malaria. Since 2001 GBC’s membership has gone from 17 to 230, as attitudes toward corporate social responsibility have changed noticeably.

Connecting two different worlds
“I had no conception that a job like this existed when I was a college student at Cornell,” Jimmy said. As an undergraduate, Jimmy led Cornell’s InterVarsity chapter as president for two years and also spent two months one summer on an InterVarsity Global Project in South Africa. “InterVarsity opened my eyes to issues of social justice,” he said. “It’s difficult for me to see me making the decisions that I have made without understanding the way that InterVarsity has shaped my understanding of who I am, and what God cares about.”

He earned a sociology degree at Cornell, found a job on Wall Street, left to get an MBA at the University of Chicago, and then went back to Wall Street. But he also spent some time working with World Vision’s New York office. And he says that his current job brings his backgrounds in business and humanitarian relief together in a very satisfying way.

A passion for justice
Through his work in the business world, Jimmy has discovered that he is gifted in business strategy and planning. But in college, through his involvement with InterVarsity, Jimmy also discovered a passion for economic and social justice. “That’s how I see AIDS, tuberculosis, and malaria,” he said. “For me they are not public health issues but issues of economic and social justice.”

The 230 members of GBC include some of the world’s largest corporations, and they have tremendous resources that could be brought to bear on solving world problems. Jimmy feels privileged to be in a position where he can help alleviate suffering on a large scale by marshalling the resources of the business community. “I do sense that when we do things well here, we are able to direct energy, talent, and resources to help people in real physical and economic need,” he said.

Jimmy is helping change the world for the better, on a scale far larger than he could have imagined as a student at Cornell University.

UPDATE 2013: Jimmy Lee is now executive director of Restore NYC, which works with the victims of human trafficking, and was profiled by Christianity Today.