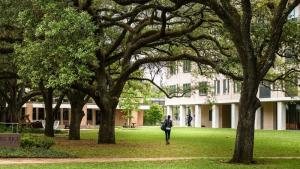 I would like to start an InterVarsity group on campus. How do I go about doing that? Michelle, InterVarsity’s North Florida Area Director, had to reread that message a couple times.

During the first few weeks of the fall semester of 2020, she had received a notification that a student, Jeremiah, from Florida State College at Jacksonville – Downtown Campus (FSCJ) wanted to hear more about InterVarsity. Michelle messaged him back, sharing a little bit more about the ministry and asking how he was feeling with school just getting underway.

The first thing he asked was about planting a chapter on campus. “To be clear—this is not a typical response from a student we just met!” Michelle said later.

It was a clear sign that God had gone before InterVarsity in preparing a way for ministry to happen at FSCJ. And it wasn’t the first sign. And it wouldn’t be the last either.

Providence in a Catch-22 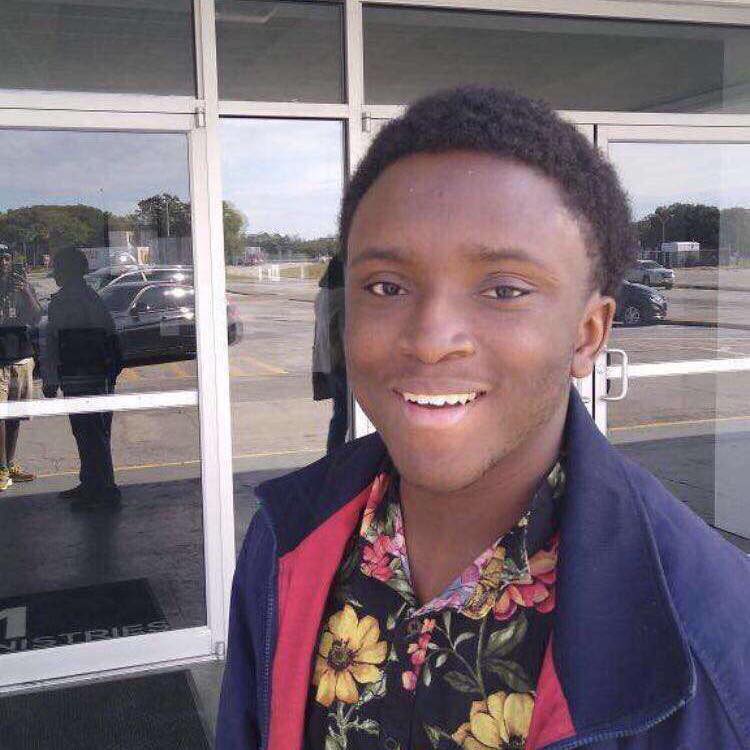 Several years earlier, Paul, a former InterVarsity staff for over 20 years, reached out to Michelle. He was planting a church in the area and wanted to know if he could help InterVarsity start a ministry at FSCJ. “It felt like an answer to prayer because we had never had any work on that campus,” Michelle said.

As they began exploring what it would look like to minister at FSCJ, they soon hit a roadblock: In order to meet new students on campus and host New Student Outreach (NSO) events, they had to be a registered student organization. But to become an official organization, they needed to have students and a faculty advisor already interested in starting InterVarsity on campus.

“How would we meet them if we couldn’t go on campus?” Michelle asked herself. “We were in a catch-22, so we just waited and prayed.”

Jeremiah was an answer to that prayer.

Michelle soon began meeting with him online, going through several discipleship and evangelism trainings. Jeremiah’s eagerness to see God do a new work at his school was infectious. Michelle also connected him with Paul and another church leader to pray and discern next steps for starting a ministry at FSCJ.

Later in 2020, Michelle shared this exciting news in a prayer update to ministry partners and asked if they knew of any Christian faculty at FSCJ. As soon as she saw the email, Michelle’s mom called her, sharing that she knew someone who used to work at the campus. After several conversations with different people, Michelle soon found herself talking to the Director of Student Life at the FSCJ Downtown Campus. He offered to email all faculty, sharing the opportunity to be a faculty advisor.

“I was shocked,” Michelle said. “No director of student life has ever offered me something like that before, so I happily accepted.”

A few weeks passed with no updates. Well, it was worth a shot, Michelle thought. I doubt anything will come of it. Still, she decided to check in with Jeremiah just in case he had heard something. He messaged her back, saying he was about to meet with three potential faculty advisors in a few days.

After meeting with one faculty, Paul updated Michelle:

He told us he had only received an “unction” from God twice in his life. The first time, he felt God tell him to inform his friend that he would get a job. The next day, his friend was offered a job. The second unction came when he opened the email about InterVarsity looking for a faculty advisor at FSCJ. He felt God tell him to be our faculty advisor.

Prayers for the Future

Jeremiah and Paul launched an online small group for students in the spring of 2021. With so many interested faculty, they are now considering planting a small group for them too.

As they look ahead to the fall semester, the group is working to become recognized as an official student organization and are connecting with more students. Reflecting on these events, they have seen the Lord’s blessings in a uniquely challenging time. And as they prepare to begin their next chapter of ministry this fall, the group continues to intercede that God will go before them.

By Calvin York
That Riverdale Episode Can Wait: Calvin’s Story

When I spend time with my chapter, whether it’s a casual hangout or a large or small group, I am continually reminded of how fantastic my community is. They breathe so much more life into me than any Riverdale twist could.

“Why won’t you give these things to me, God? I’ve done so much for you!” I asked during my senior year of high school. It honestly felt like my aspirations were falling apart right in front of me.