The Sorrow and Mercy of God | InterVarsity
Skip to main content

The Sorrow and Mercy of God 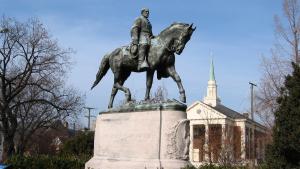 “What is this you have done?”

These words from God to Eve in Genesis 3:13 are always heart-wrenching to me when I read them. I imagine so much anguish in his voice.

Because of course God isn’t just talking about Adam’s and Eve’s one decision to eat from the one tree they were explicitly told by God, in his one command, not to eat from. This is the God of the universe speaking. A God who took exquisite delight in creating a world exactly as he wanted it. A God who was wild about these two people he had made in his image, and about their intimacy with each other and with him. A God nearly incoherent with joy regarding the eternity of beauty and goodness and rightness he could see stretching out before him.

It’s hard for most of us to imagine the glory of the world those first two chapters of Genesis describe because we’ve only ever known a world disfigured by sin. But try to picture it. Every plant vibrant with color. Every animal thriving, both on its own and in relationship to other animals. Human relationship free from blame or shame or fear or hurt or jealousy or dishonesty, with each person being fully known, fully loved, fully satisfied in the most complete way.

All of this and so, so much more was changed in a minute, in what seems like a flippant decision on Adam and Eve’s part. Of course, they could not have known what the full implications of their action would be, since they had no concept of sin or brokenness, imperfection or guilt. But God obviously did. And so, as he uttered his question, I imagine the span of history flashing before his eyes: Cain killing Abel. The Israelites enslaved in Egypt. Children sacrificed to idols. War between nations from the first civilizations to the present. John the Baptist being beheaded. Mary and Martha weeping at Lazarus’s tomb. The Black Death. Genocides in Cambodia and Rwanda and Ukraine and Germany and Guatemala. The Trail of Tears. Miscarriages and abortion. Affairs and divorce. Cancer and dementia. Families torn apart by deportation. Poverty. School shootings. Slavery. Mass incarceration. White supremacist rallies in Charlottesville. I wonder if it all rushed through his thoughts in an instant.

“What is this you have done?”

This is not to say that I think I would have chosen differently than Adam and Eve. I’m sure, had I been in their place, I too would have been persuaded that tasting the fruit, testing God’s words a bit, wouldn’t matter much. Isn’t that the way the devil always works? He tells me today that my jealousy, my bitterness, my judgment of others or my self-condemnation, my fears, my silence in the face of injustice, are not that big of a deal. He tells me that I have not contributed to racism because I did not march in Charlottesville this weekend. He keeps me dulled to the pain and far-reaching effects my sins of omission and commission have.

I imagine, though, what also flashed through God’s mind in that instant was what it would cost himself and his Son to make things right. His question was not without hope—but that hope did not cancel out or override his sorrow. Nor does it today; I believe he still suffers and grieves with us in the pain we experience from our own sin and from the sins of others, even though he has set in motion, through the death and resurrection of Jesus, the redemption of all things.

Today, as on so many days, I am trying to hold those two things in tension as well—a horrified sorrow that does not end in despair, and a grounded hope that does not make light of the gravity of sin.

I’m also finding hope in ten other words from Genesis: “But Noah found favor in the sight of the LORD.” Amidst a world gone completely evil, where “every inclination of the thoughts of [people’s] hearts was only evil continually,” and “the LORD was sorry that he had made humankind on the earth,” God saw the (I imagine) quiet faithfulness of Noah.

Given the rampant wickedness he knew was coming, it seems like God must have been tempted to end things right away in Genesis 3. By Genesis 6, we know that his grief over the wickedness in the world was so great that he did, indeed, send the flood to destroy most of what he had made. But not all. As has happened over and over throughout the history of the world, God was merciful, seeing and saving the ones who could not be moved from their faithfulness to him, despite being surrounded by utter evil.

And that renews my faith that every seemingly small act of obedience matters. Every kind word. Every risk, in conversation or action, that helps me know someone different than me politically or ethnically or denominationally or religiously a bit better. Every dollar given away joyfully. Every “thank you” spoken, and meant. Every beautiful poem or painting created. Every act of listening that seeks to really understand. Every truth told. Every renouncement of racism. Every meal shared with every orphan and widow. Every hurt forgiven.

Most days, I feel more aware of the world’s evil than of God’s mercy, more cognizant of the fact that we have inherited the painful effects of Adam’s and Eve’s sin than of the truth that those who believe in Jesus have also received every benefit of his death and resurrection. But as Paul wrote in Romans 5, “For just as through the disobedience of the one man the many were made sinners, so also through the obedience of the one man the many will be made righteous.” Which means that every day, through God’s Spirit at work in us, we can choose differently than Adam and Eve did. We can—and must—choose obedience over disobedience, worship of God over worship of self, humility over pride, life over death.

And when we fail, as we will—when I fail—I can and must refuse to blame someone else, like Adam and Eve did, and refuse to listen to Satan’s lie that my own seemingly small sin is not that big of a deal. Each time I rebel against God, my work is to hear his question to Eve in my head, ringed with the sorrow of a Creator watching the destruction of the world he created to be good and beautiful. I must be willing to look straight at, to name, to reflect on and lament the ways my particular sin has contributed to that destruction, hurting others and myself and perpetuating the broader sinful structures and systems of our world.

Because though God’s question came from grief over the death that had entered and would continue to enter the world, even this weekend, even today, it can lead us to life if we let it move us, next time, to choose faithfulness. To receive God’s forgiveness, and then show forgiveness to others. To take every opportunity to be kind. To work for justice for all, even when it means giving up some of our own power and privilege. To live in genuine relationship with others. And, in the face of every evil, to choose obedience to the God who grieves with us, grieves over us, and still chooses mercy. Over and over and over again.

Over the next few days, many of us will look more closely at the cross than we normally do. But we will likely not linger there long enough.

By Jonathan Rice
The Remedy for Sin

The Bible takes sin seriously. And none of us can save ourselves from sin or acquit ourselves of guilt. But thanks be to God, Jesus Christ gave us a remedy for our sin and a way to experience the progressive healing of our corrupt human nature.

Roadmap to Reconciliation
We can see the injustice and inequality in our lives and in the world. We are ready to rise up. But how, exactly, do we do this? How does one reconcile?

Embrace
God's call to the church is to love not just those who are easy to love, but also those we would rather avoid or ignore.
Login