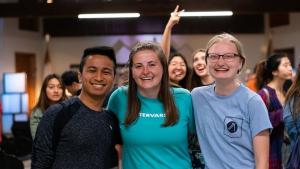 “Why won’t you give these things to me, God? I’ve done so much for you!” I asked during my senior year of high school. It honestly felt like my aspirations were falling apart right in front of me.

Let’s rewind things back to my freshman year of high school. My parents and I moved to a new church. It must have been a thousand times larger than our previous church. (Okay, I admit that’s an exaggeration. I’m a Creating Writing major, so my math’s not as strong as it used to be.) Even so, we got connected to a community that included other Pilipino-Americans, and my mom and I eventually became leaders within that community. In that church, community felt like family.

At the same time, I struggled to connect with others in my grade throughout high school. I still spent time with friends of course, but as an ambivert, I discovered that I could rest and recharge through writing poetry. This wasn’t just a passion of mine—I believed that writing was a spiritual gift, this refuge where I could wholeheartedly communicate emotions and process experiences.

But once senior year arrived, my focus turned to being accepted into prestigious colleges and getting ahead academically. Prayers turned into lists of requests, church turned into just another event, and my faith became a belief left in my back pocket. I even decided to pursue a major less related to my passion and spiritual gift of writing and more related to what I thought would guarantee a successful career.

Eventually, after a failed pursuit of a relationship, a rejection from my top college, and my community slowly dissipating, I experienced a new spiritual low that would last throughout the summer. My faith was stagnant, and my desire to do anything about it was nearly nonexistent, leading me to ask that emotional why question out of frustration and exhaustion.

Still, I acknowledged that being in Christian community would be somewhat beneficial. I even convinced myself that I should seek it out at my new school, the University of Illinois at Urbana-Champaign, in 2019.

One day while walking to class, I reached a street corner with two tables each representing a different Christian organization. I strolled up to the first one, mainly because it was closer. (Yes. Jesus can even move within the feeling of not wanting to walk further!)

The upperclassman, Vincent, introduced himself and InterVarsity. His kind, welcoming, easygoing nature instantly made me feel at ease.

I decided to attend the chapter’s first small group and large group and immediately felt so welcomed and loved, a true gift for a freshman looking for friends and communities.

Still, I hesitated to invest in this ministry, feeling a lot of self-doubt and worry. That all changed during my InterVarsity chapter’s New Student Retreat (NSR).

Truth be told, I almost didn’t attend NSR. Camps like these weren’t my first choice for fun back in high school.

My first memory was arriving 15 minutes late to the first Large Group Session, right in the middle of worship. Thankfully, everything else calmed down from there, as I heard the speaker’s talk and got settled into my cabin.

As the weekend continued, I introduced myself to more people and established new friendships I still have today. Just like people at my high school church became family, my sense of belonging to a community was restored that weekend.

I was vulnerable in ways I’d never been before. God was ever so present, and I felt a confirmation from him: “This is the community, the family that I have provided for you.” In fact, I was reminded of Matthew 18:20 where Jesus says, “For where two or three gather in my name, there am I with them.”

I even had the opportunity to witness one of my new friends recommit her life to Christ! Until then, I’d only focused on my own relationship with God. But this helped me see that I needed to explore and intentionally invite others into what God desires for them.

“You know, JP, if you ever led a small group, I would totally go,” an upperclassman named Sarah told me later that same year. As a freshman questioning his leadership abilities, I was very uplifted by this, especially since Sarah is a close friend I still look up to today.

Later in the spring of 2020, I was invited to lead a small group the next semester. Though I still didn’t know all the answers about faith and my schedule for the fall, Sarah’s encouragement played a major part in me immediately saying yes. 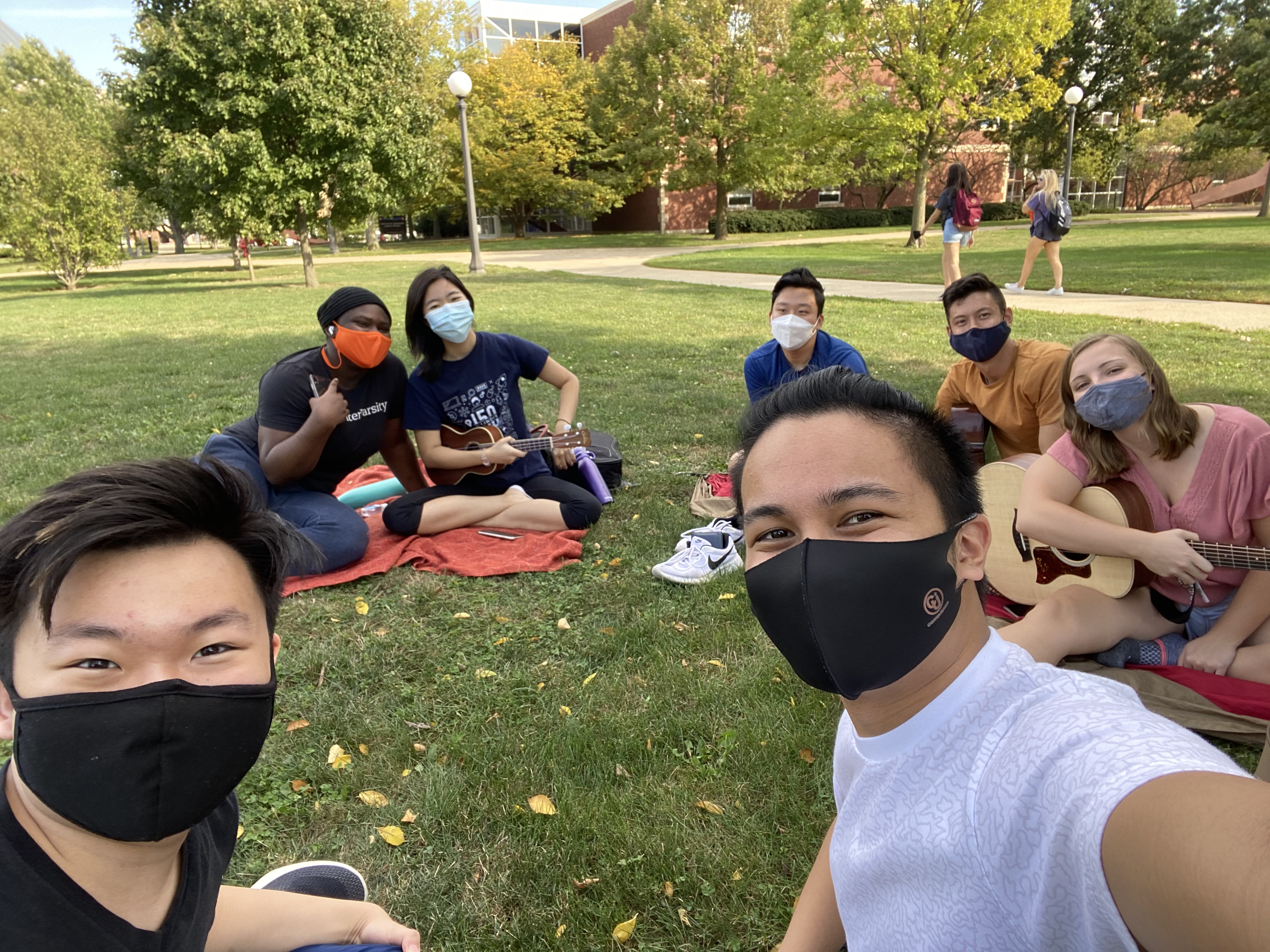 This new role allowed me to continue meeting new people and cultivating relationships while also pouring into others’ spiritual journeys. I found joy and life in helping community blossom even during the pandemic.

At the same time, I became disillusioned with my current major, Sustainable Design. Though I’d already changed my major once and hesitated to do so again, I couldn’t ignore the pull toward creative writing. I continually revisited poetry, and God reminded me that my spiritual gift of writing aligned with this new major. I realized that if this is something God was leading me to pursue, then he would provide one way or another, even in unexpected ways.

I was also navigating another opportunity: becoming my chapter’s emcee and creative coordinator. It was the perfect chance to explore the intersection of my passion for writing and serving the InterVarsity community.

As I processed all this with close friends within InterVarsity, they provided some much needed advice and affirmation, and I felt God telling me to step out in faith.

Reflecting on where I am now—in the Creative Writing major I absolutely enjoy and being my chapter’s emcee and creative coordinator—I see how God moved within my journey. He helped me discover community in ways that I could never have imagined and allowed me to utilize my spiritual gift to serve others through my poems, stories, and original works.

Through InterVarsity, students like me can experience Jesus’ love and care. They have the chance to explore what God desires for their stories. If you are a student, I encourage you to sign up to get connected with an InterVarsity chapter near you!

JP Legarte is a student attending the University of Illinois at Urbana-Champaign majoring in Creative Writing and minoring in English. He is one of InterVarsity's Social Media & Editorial Interns for Summer 2021. When he's not working or taking classes, you can guarantee that, nine times out of ten, he is writing a poem about something in the world.

A blessing to see how God has

A blessing to see how God has written your story thus far, JP❤️

By Calvin York
That Riverdale Episode Can Wait: Calvin’s Story

When I spend time with my chapter, whether it’s a casual hangout or a large or small group, I am continually reminded of how fantastic my community is. They breathe so much more life into me than any Riverdale twist could.