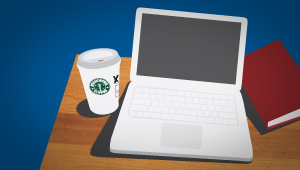 Never before will the question, “How was your summer?” grate so intensely on your emotions. How the heck do you sum up seven weeks of life-change?

It’s difficult to understand what friends actually want to know about your trip and who are just asking to appear polite. Setting up meeting times seems awkward, but exploding with emotion and vomiting words about menial details in between classes also isn’t a great approach.

And after a few weeks, no one is asking about your summer anymore. Then how do you bring up things you learned without sounding like that student: the enlightened world traveler—the subject of all eye rolls?

Like they say, it’s hard to come back to an unchanged place when you’ve changed so much.

One of the issues I struggled with so deeply when I came back from Ethiopia was anger, and it was specifically geared towards the collegiate system. How could we all spend so much time and money on technology when some people have nothing? Why did we place such little importance on face-to-face interactions? Why was it so easy to simply talk about all these issues in a self-righteous way instead of acting on them?

As I waded through that anger, though, I found myself turning inward. I dealt with issues of immense guilt. Girls were on the street, selling their bodies for nothing in return. I was in my air-conditioned home, working on my Mac, and venting with my roommates about why hunger still exists in the world.

Out of that understood unfairness, instead of conviction, I sat with my guilt.

I’ve never heard anyone being stirred to action because they felt guilty about an issue—it’s a very passive emotion and a selfish one. It’s relating every issue back to me.

It took me a while to figure it out. And I didn’t start to realize it until I started talking about the social injustices I saw and experienced abroad. I was angry because I was holding people to the same standard I was holding myself to. I felt guilt because, just like everyone else I was angry at, I wasn’t doing anything.

True freedom, though, came when I saw Jesus’ place in all of it. At the very root of who I am, I hate all these injustices because Jesus hates them. Shortly after returning from Ethiopia, my InterVarsity chapter at Drake hosted a week-long event called Jesus. Justice. Poverty. It’s an amazing event that starts conversations about issues like modern day slavery and hunger and directly connects how Jesus is intertwined in it all. He isn’t some passive, guilty coward watching us destroy ourselves from afar. He’s advocating for us—interceding—pleading with us to do something about it.

Bringing the experience back to campus is a rigorous and sometimes heartbreaking task, but when your friends and peers begin to realize a world far outside of themselves, your campus can be transformed.

Autumn Rupkey is a Drake University alumni and a freelance graphic designer and partner of Beza Threads. The community of InterVarsity and the words of Pete Grieg have inspired her to live a life much bigger than her own. She dreams of redemption, and pursues revolution.

Thank you for putting into words what I've been going through!