If You Don’t Get an Angel: Luke 1 Perspectives | InterVarsity
Skip to main content

If You Don’t Get an Angel: Luke 1 Perspectives 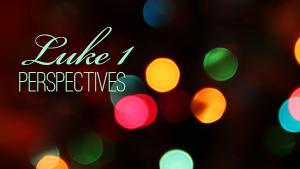 I moved to Madison, Wisconsin, from the western Chicago suburbs six weeks ago based on a strong sense of God’s leading.

I didn’t get an angel or nine months of planning like Mary did (see Luke 1)—both of which would have been nice. Instead, I got an internal sense of peace about moving and changing jobs and a month to plan and move. But those were enough. And now, having gone through a major life change, I read Luke’s account of Mary’s calling a bit differently than before.

God’s Communication to Mary and Me

Admittedly, moving to Madison is very (very) different from finding out you’re going to become pregnant with the Son of God. But what I’m struck by as I reflect on this story (as well as the past two months of my own life) is the sweetness and uniqueness of the ways God communicates his calling to each of us.

I love how God, for example,

Knowing Mary intimately, God knew exactly what she would need to accomplish the surprising, unexpected, somewhat inconvenient task he was calling her to—and he sweetly provided it all.

When I look back at the ways I’ve sensed God calling me, I’m amazed to find the exact same provision in my own life. In the case of this recent move (after nine-plus years at the same job), he spoke to me and confirmed his word to me through

God’s Love for the Entire World

But he also provided for Mary something I’m not even sure she would have known to ask for, and something I haven’t always asked for in the midst of change: a bigger perspective than her own life. Instead of being completely consumed by her own thoughts and worries and the actual physical changes to her body, she offers up one of the most beautiful, revolutionary songs in all of Scripture that highlights God’s goodness and justice from the beginning of time and on into eternity. In other words, she doesn’t just humbly accept his call; she recognizes the implications of his call on her for the world.

It’s true—none of us will be called to carry the Son of God in our womb. That is admittedly a huge calling. But Mary’s story reminds me that, through the very Son of God whom she bore, our own callings from God have eternal significance as well—whether we’re called to show the love of God to one lonely person in an ongoing friendship or to translate Scripture for people groups who don’t have access to a Bible in their language or to write stories that give people a deeper glimpse of the character of God.

As I sit at my desk right now, doing my job that still feels new in a city different than the one that felt like home, I’m still trusting God’s leading to this place. He has continued to confirm his calling and has provided what I’ve needed here. I’m grateful. And really, this leading was a continuation of the seeds of calling he spoke to me at Urbana 2000, when I attended as a student, and during prayer with a friend, and through the prophetic prayers of people I’d never met before, and through my own time in Scripture. What will the eternal impact be from this specific place of calling? Maybe I’ll know; maybe I won’t. But I’m asking for that perspective, and trusting that his justice and goodness and holiness and power will be made known more clearly through my unique presence in the role I’m in.

God’s Plans for Your Life

What is he speaking to you? What might he call you to at Urbana 12? And what will be the kingdom, eternal impact of your “yes,” your “here am I, the servant of the Lord; let it be with me according to your word”?

God, help us pay attention to your leading and respond with eagerness as Mary did—not for our sake but for the sake of the world you love, that your glory might be known to the ends of the earth.

By LaShawn M. Wanak
Content in the Waiting: Luke 1 Perspectives

In this month of Advent, our thoughts usually turn to Jesus and Mary. Yet lately I’ve found that I’m more drawn to Elizabeth. Perhaps it’s because I’m older. Or maybe it’s because I know what it’s like to yearn for something and then to see days, months, years pass without having that yearning fulfilled.

By Lisa Schrad
If You Don’t Get an Angel: Luke 1 Perspectives